Enter a probability value between zero and one to calculate critical value. Critical values determine what probability a particular variable will have when a sampling distribution is normal or close to normal. 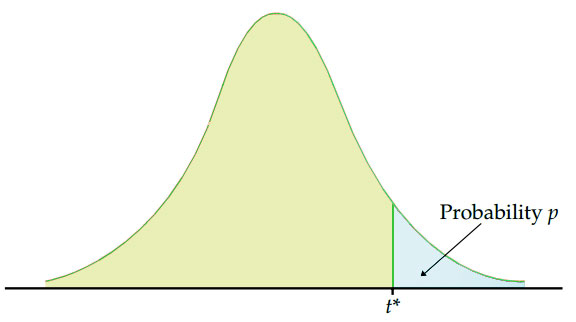 Critical Value: Definition and Significance in the Real World

Ever wondered if election surveys are accurate? How about statistics on housing, health care, and testing scores?

In this section, we’ll discuss how sample data is tested for accuracy. Read on to learn more about critical value, how it’s used in statistics, and its significance in social science research.

What is a Critical Value? 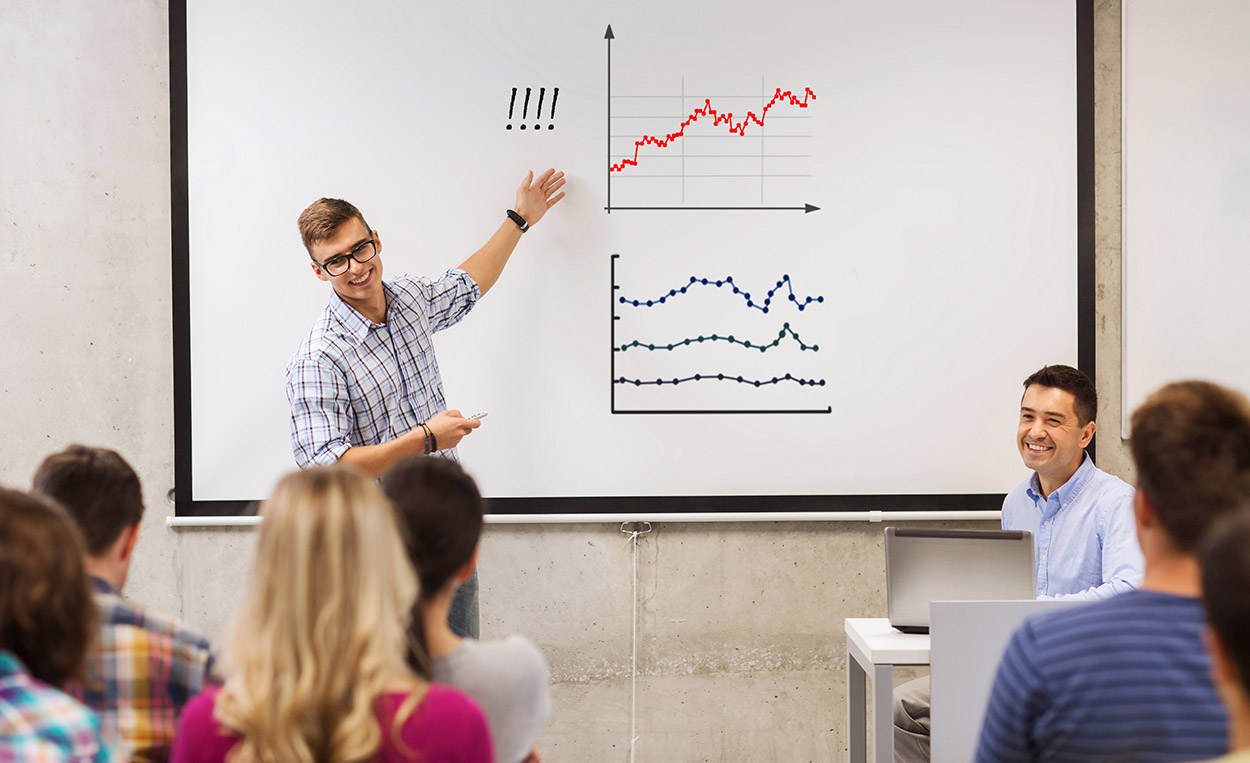 In testing statistics, a critical value is a factor that determines the margin of error in a distribution graph.

According to Statistics How To, a site headed by math educator Stephanie Glen, if the absolute value of a test statistic is greater than the critical value, then there is statistical significance that rejects an accepted hypothesis.

Hypothesis Testing and the Distribution Curve 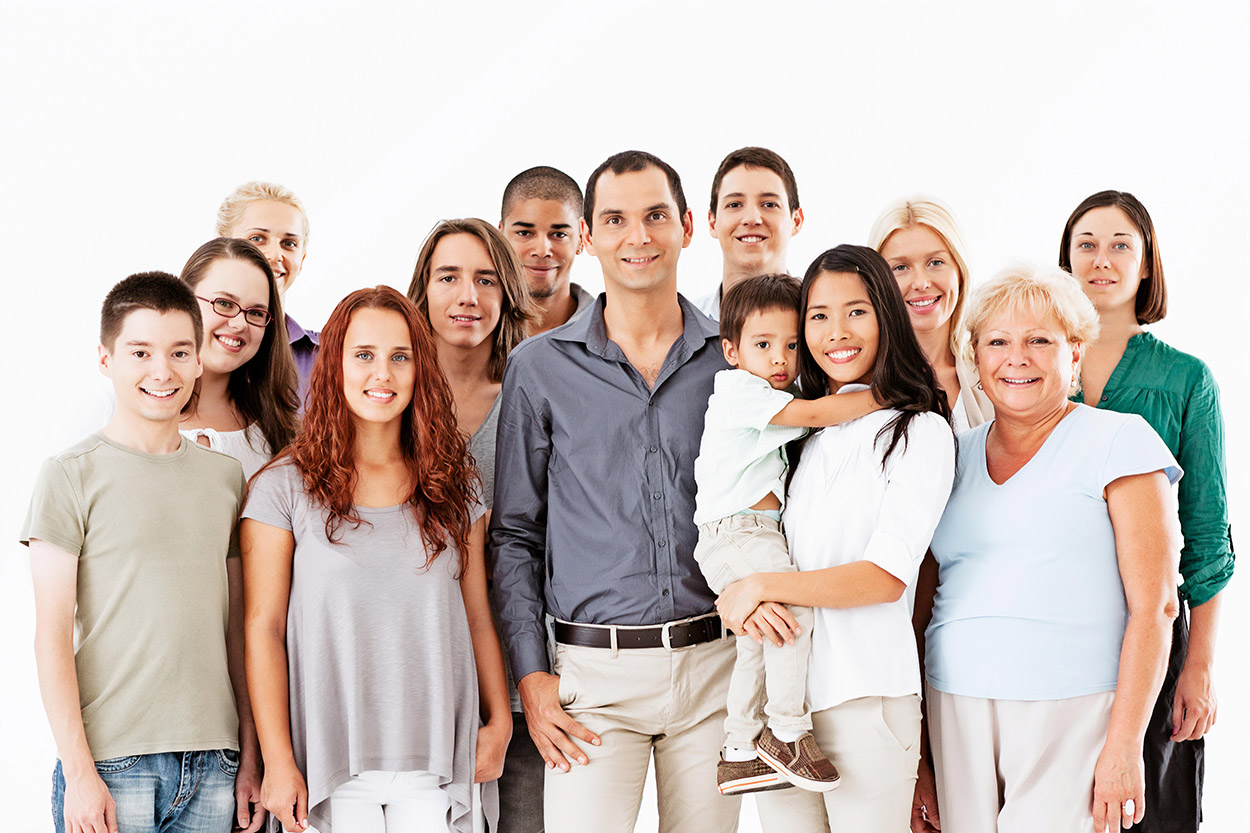 Hypothesis tests check if your data was taken from a sample population that adheres to a hypothesized probability distribution. It is characterized by a null hypothesis and an alternative hypothesis.

In hypothesis testing, a critical value is a point on a distribution graph that is analyzed alongside a test statistic to confirm if a null hypothesis—a commonly accepted fact in a study which researchers aim to disprove—should be rejected.

The value of a null hypothesis implies that no statistical significance exists in a set of given observations. It is assumed to be true unless statistical evidence from an alternative hypothesis invalidates it.

How does this relate with distribution graphs? A normal distribution curve, which is a bell-shaped curve, is a theoretical representation of how often an experiment will yield a particular result.

Given these implications, critical values do not fall within the range of common data points. Which is why when a test statistic exceeds the critical value, a null hypothesis is forfeited.

Take note: Critical values may look for a two-tailed test or one-tailed test (right-tailed or left-tailed). Depending on the data, statisticians determine which test to perform first. 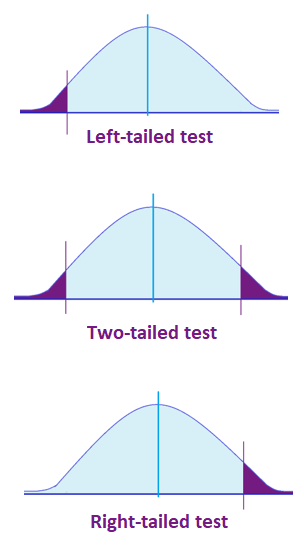 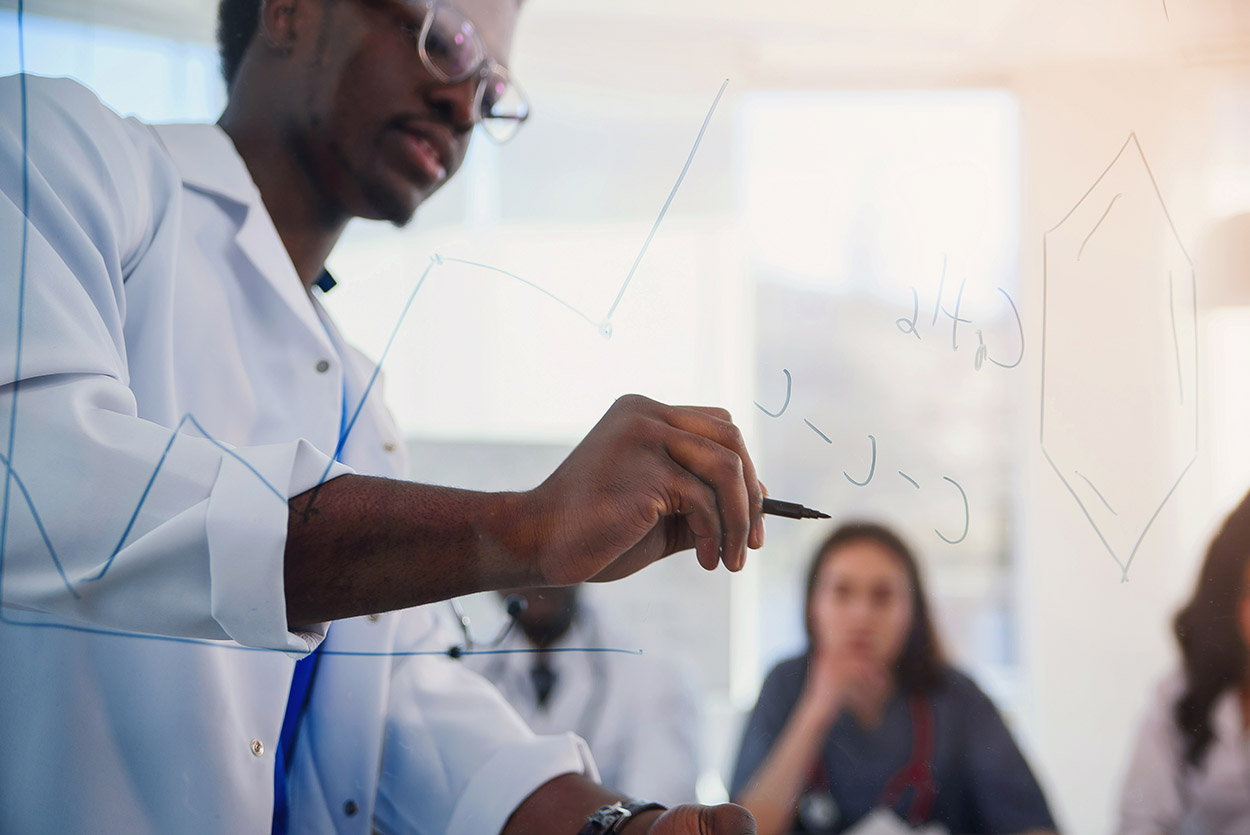 The standard equation for the probability of a critical value is:

Where p is the probability and alpha (α) represents the significance or confidence level. This establishes how far off a researcher will draw the line from the null hypothesis.

The alpha functions as the alternative hypothesis. It signifies the probability of rejecting the null hypothesis when it is true. For instance, if a researcher wants to establish a significance level of 0.05, it means there is a 5% chance of finding that a difference exists.

When the sampling distribution of a data set is normal or close to normal, the critical value can be determined as a z score or t score.

Z Score or T Score: Which Should You Use?

Typically, when a sample size is big (more than 40) using z or t statistics is fine. However, while both methods compute similar results, most beginner’s textbooks on statistics use the z score.

When a sample size is small and the standard deviation of a population is unknown, the t score is used. The t score is a probability distribution that allows statisticians to perform analyses on specific data sets using normal distribution. But take note: Small samples from populations that are not approximately normal should not use the t score.

The critical value of a z score can be used to determine the margin of error, as shown in the equations below:

The z score, also known as the standard normal probability score, signifies how many standard deviations a statistical element is from the mean. A z score table is used in hypothesis testing to check proportions and the difference between two means. Z tables indicate what percentage of the statistics is under the curve at any given point.

The basic formula for a z score sample is:

For this example, your score is 1.7391 standard deviations above the mean.

What do the z scores imply?

For elements in a large set:

To give you an idea, here’s how spread out statistical elements would look like under a z score graph: 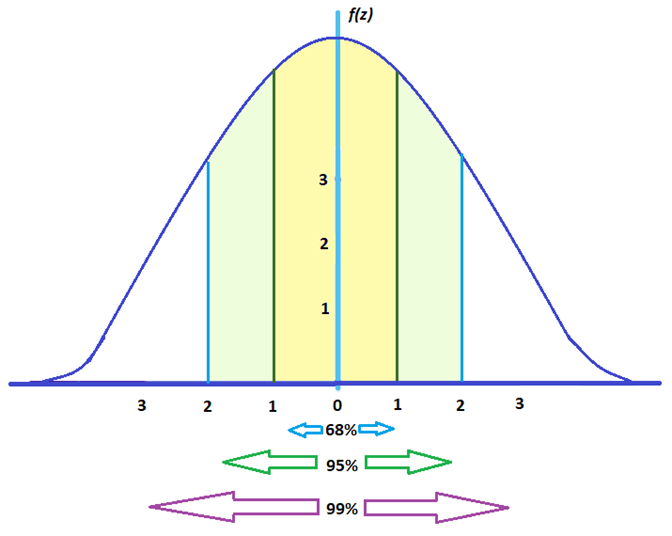 On the other hand, here’s the standard formula for the t score:

Part of finding the t score is locating the degrees of freedom (df) using the t distribution table as a reference. For demonstration purposes, let’s say you have a small sample of 5 and you want to conduct a right-tailed test. Follow the steps below.

A factory produces CFL light bulbs. The owner says that CFL bulbs from their factory lasts for 160 days. Quality specialists randomly chose 20 bulbs for testing, which lasted for an average of 150 days, with a standard deviation of 40 days. If the CFL bulbs really last for 160 days, what is the probability that 20 random CFL bulbs would have an average life that’s less than 150 days?

Again, use the variables above to refer to a t distribution table, or use a t score calculator.

If we were to plot the critical value and shade the rejection region in a graph, it would look like this:

If a test statistic is greater than this critical value, then the null hypothesis, which is ‘CFL light bulbs have a life of 160 days,’ should be rejected. That’s if tests show more than 13.87% of the sample light bulbs (20) have a lifespan of less than or equal 150 days.

Why is Determining Critical Value Important?

Researchers often work with a sample population, which is a small percentage when they gather statistics.

What are Real-World Uses for It? 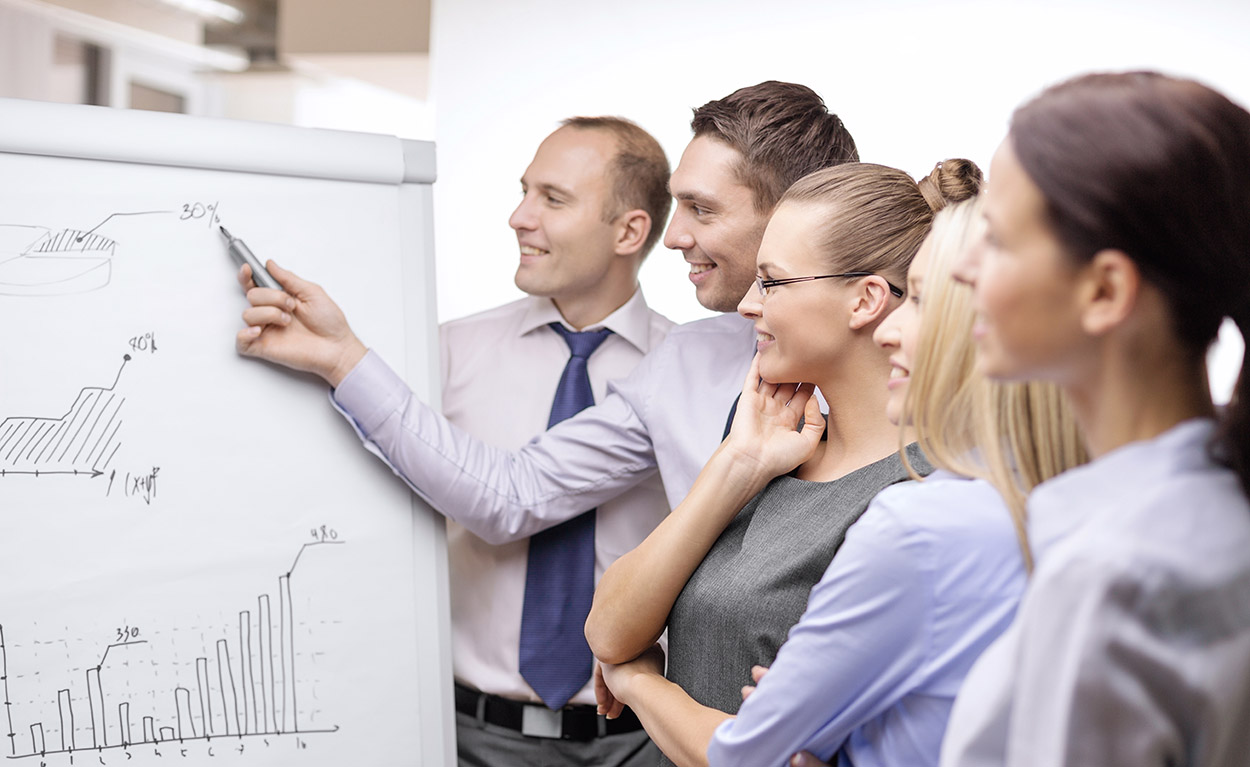 Validating statistical knowledge is important in the study of a wide range of fields. This includes research in social sciences such as economics, psychology, sociology, political science, and anthropology.

For one, it keeps quality management in check. This includes product testing in companies and analyzing test scores in educational institutions.

Moreover, hypothesis testing is crucial for the scientific and medical community because it is imperative for the advancement of theories and ideas.

If you’ve come across research that studies behavior, then the study likely used hypothesis testing and sampling in populations. From the public’s voting behavior, to what type of houses people tend to buy, researchers conduct distribution tests.

Studies such as how male adolescents in certain states are prone to violence, or how children of obese parents are prone to becoming obese, are other examples that use critical values in distribution testing.

In the field of health care, topics like how often diseases like measles, diphtheria, or polio occur in an area is relevant for public safety. Testing would help communities know if there are certain health conditions rising at an alarming rate. This is especially relevant now in the age of anti-vaccine activists.

Finding critical values are important for testing statistical data. It’s one of the main factors in hypothesis testing, which can validate or disprove commonly accepted information.

Proper analysis and testing of statistics help guide the public, which corrects misleading or dated information.

Hypothesis testing is useful in a wide range of disciplines, such as medicine, sociology, political science, and quality management in companies.

How to Excel at Math Cartoon 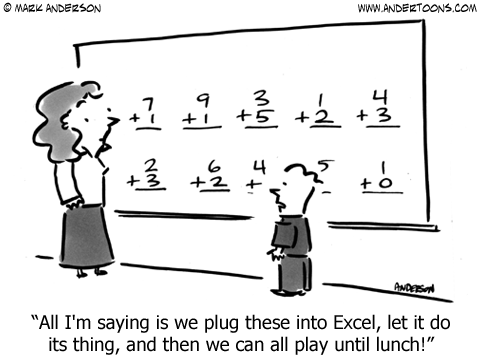