First enter your quit date. Follow this up with the average number of cigarettes you smoke per day, the cost per pack you pay, the age you started smoking, and the age you stopped. Then indicate how long you’d like to calculate your savings for and an interest rate that could be applied to your savings.

Press UPDATE STATS, and you’ll see how many cigarettes you won’t smoke, how much money you saved, and the future value of your invested savings. If you’d really like to drive the point home, click on PAST SMOKING COSTS, and you’ll see just how much you spent on cigarettes since you first started smoking.

Please note that due to daylight savings time & different time zones the savings calculations for stopping smoking for periods less than a day might be slightly off, but the monetary savings grow more accurate over time & will accurately record each day on a forward basis. 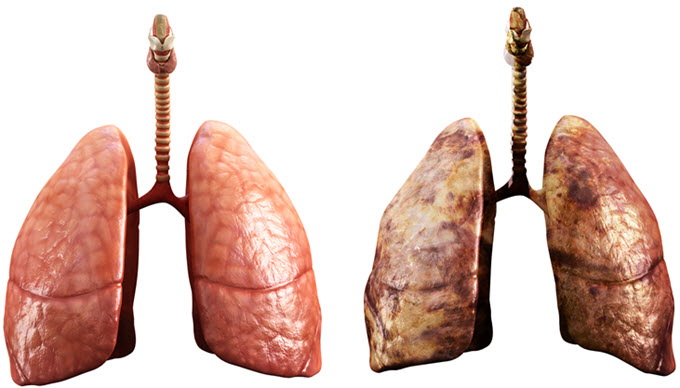 According to the American Cancer Society, 42 million Americans currently smoke cigarettes. Of these, 7 out of 10 want to quit, and 40 percent will attempt to quit this year. As Mark Twain famously said, "Giving up smoking is the easiest thing in the world. I know because I've done it thousands of times." No one is pretending that managing the cravings and fighting the urge to have just one more puff is easy. These financial and medical benefits should give you the incentive you need to put down the cigarettes once and for all.

More Money in Your Pocket

Smoking cigarettes is a massive financial drain that you notice every time that you cough up cash for a new packet of cigarettes. The average cost of a 20 pack of cigarettes in the United States is $6.36. That means that an average pack-a-day smoker who gives up their habit would save:

With the average American smoker smoking 19.1 cigarettes a day, the savings outlined above are comparable to those experienced by most smokers across the United States. However, in some states they're paying much more.

For example, in New Hampshire, smokers smoke an average of 26.8 cigarettes, or almost a pack and a half every day.

Consider how much this small increase in smoking adds to the bill over time.

The above numbers reflect the direct cigarette costs and do not account for health impacts or foregone investment returns. The cumulative effect of just a small change in habit is staggering. And remember, these are just the savings for people spending the average amount on a pack of cigarettes. If you live in some locations in the United States, individual state taxes can drive the price of a pack of cigarettes even higher. They're paying an average of $8.32 for a pack in Washington, $9.30 in Connecticut, and whopping $14.50 in New York.

Of course, everyone's smoking habits and the price they pay for them is different. See how much could be saved and calculate how much quitting smoking could put back in your pocket.

No online calculator can predict how much your decision to continue smoking can cost your wages. Approximately $50 billion worth of wages are lost in the United States every year due to smoking-related morbidity and mortality. Just think of all the times that you've called in sick because you've contracted yet another cold or woken up breathless. Smoking attacks the body's natural immune system, so even if you don't realize it, many of your illnesses are likely caused by your smoking habit.

Deciding to quit the cigarettes could even help you become more employable. Increasing numbers of employers, especially those in the healthcare sector, won't hire applicants whose urine tests show nicotine use, whether it's through cigarettes, smokeless tobacco, or nicotine patches. Baylor Health Care System in Texas, Fotsch of Idaho's Central District Health Department, Geisinger Health System in Danville, Pennsylvania, and Hollywood Casino in Toledo, Ohio, have been open about their no-smoking policies, but it's likely that many more employers have similar, unpublicized guidelines.

These companies insist their decision concerns their commitment to health and wellness, but it may also have something to do with maximizing profit margins. After all, studies show that a smoking employee costs a company $6,000 more than a non-smoking employee, even when smaller pensions from premature death factor in.

Much of this cost comes from the extra medical bills that come because many companies pay for their employee's healthcare benefits. However, there's also a significant loss of productivity that comes when employees step outside for a smoke break. While smokers might argue that non-smoking employees take coffee and toilet breaks too, research suggests that smokers are away from their desks for roughly one hour in addition to their regular lunch break, which is significantly longer than any non-smoker.

When you're unable to go to work due to smoking-related illnesses, you're probably racking up some serious medical bills. It's troubling to note that smoking is the leading cause of preventable death. Roughly half of all regular smokers will die of a smoking-related disease. It's scary to discover that most of these deaths occur between the ages of 35 and 59, many years before America's current average life expectancy of 78.84 years. Approximately 420,000 American smokers succumb to smoking-related diseases annually, but few of these deaths are sudden.

A host of health problems typically drain the bank accounts of smokers before they go. Smokers in the United States spend $50 billion annually on medical services associated with their habit. Just imagine how much larger your bank balance might be if you weren't one of them.

A recent study from the Institute for Health Policy Studies, Department of Medicine, University of California, San Francisco showed that the reduced risk of acute myocardial infarction (heart attacks) and stroke, which would accompany the cessation of smoking, would see an individual's projected medical expenses drop by $47 in the first year of kicking the habit (and by $853 over the next seven years).

This study shows quitting smoking has an almost immediate effect on the body, which helps reduce the risk of serious medical concerns very quickly. In fact, the excess risk of a myocardial infarction or stroke falls by roughly 50 percent within two years of quitting smoking. The researchers found that while preventing the uptake of smoking was important, reducing adult smoking could have greater immediate benefits to society. The treatment of heart attacks and strokes is costly, so preventing these conditions by the cessation of smoking could provide significant short-term financial returns for private and public healthcare insurers and individuals.

Heart attacks and strokes are just two of the health complications, which can add to the medical bills of smokers. If you kick the habit, you'll reduce your risk of developing a host of other chronic diseases and illnesses including:

Developing any one of these diseases could result in a significant stay in hospital and a hefty medical bill if you're lucky enough to be discharged. If not, then your loved ones will have to bear the brunt of those significant medical costs.

Save on the Medical Bills of Your Loved Ones

You'll not only reduce the amount of your own medical bills, but also the health expenses of the people who you live with when you make a pledge to quit. Partners and especially children are susceptible to the effects of cigarette smoke, even if you don't smoke in the home or around your relatives.

Researchers in European found that the residue that remains on the skin, clothes, and furniture of smokers, known as third-hand smoke, still has a dramatic impact on children's breathing. Academics at Maastricht University Medical Center in the Netherlands found that infants to 13-year-olds living in households with parents who smoked cigarettes outdoors had twice the risk of respiratory tract infections compared to those in non-smoking households. These babies and children were almost more than twice as likely to have wheezed recently. Wheezing can be a symptom of a range of illnesses including colds, allergies, bronchiolitis, pneumonia, and asthma.

This European study suggested that while parents were aware of the dangers of second-hand smoke, they did not understand the very serious impact of third-hand smoke. It also underlines the impact of smoking on loved ones, even when an individual does not smoke around his nearest and dearest.

Further research published by the Lawrence Berkeley National Laboratory in March 2014 found that third-hand smoke could prove even more dangerous than second-hand smoke. The scientists found that the smoking residue could react with indoor pollutants such as ozone and nitrous acid to create dangerous new compounds. One of these compounds, known as noxious residue, can remain on virtually all surfaces including childhood toys and other items that toddlers may put in their mouths. This substance has been shown to stick to human DNA and cause uncontrollable cell growth and the development of cancerous tumors.

As you can see, you start saving your body's organs from mere minutes of your decision to quit smoking, no matter what your age, so it's never too late to start seeing the benefits.

Add Years to Your Life 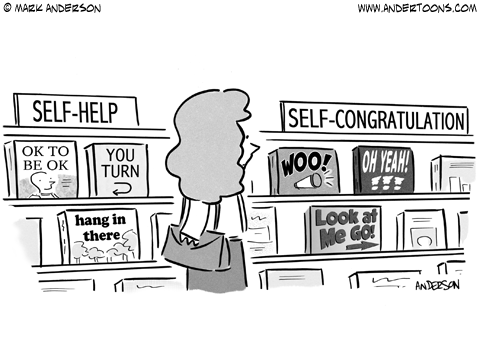 Without the health complications to worry about, your decision to quit smoking will also add years to your life. Studies show that on average, smokers die ten years earlier than non-smokers, so the decision to quit smoking can give you back many valuable years. And since you've been saving money by quitting smoking, you'll have plenty of cash to enjoy that extra time on earth!

Remember, that's just the average. The earlier you quit, the more extra years you can rack up. In fact, according to a British study, if you quit smoking before your 35th birthday it's likely that you'll avoid premature death entirely. On the flip side, the decision to continue smoking costs many people precious decades.

Just think what you could do with an extra ten years or more. You could meet your grandchildren, and even your great grandchildren. You'll be there to celebrate birthdays and holidays as your family grows. Perhaps this benefit is the greatest gain of all.

Quitting smoking is challenging, and if often takes several attempts, but these financial and medical benefits that ex-smokers enjoy can give you the extra motivation you need to quit once and for all.