Enter any temperature in the below calculation tool & it will automatically convert that temperature into the remaining units. All temperatures are rounded to two decimal places.

These days, when you tap your smartphone, checking the temperature is easy. You instantly know if it’s colder than usual, or if you’re having a warm day.

But you might have been confused when someone said, “It’s a nice 22 degrees.” In Fahrenheit, that sounds like a cold winter day. But to countries using Celsius, that’s a warm, sunny day.

In this section, you’ll learn a brief history of the thermometer, how standardized scales were developed, and notable temperatures known to man.

The Significance of Measuring Temperature 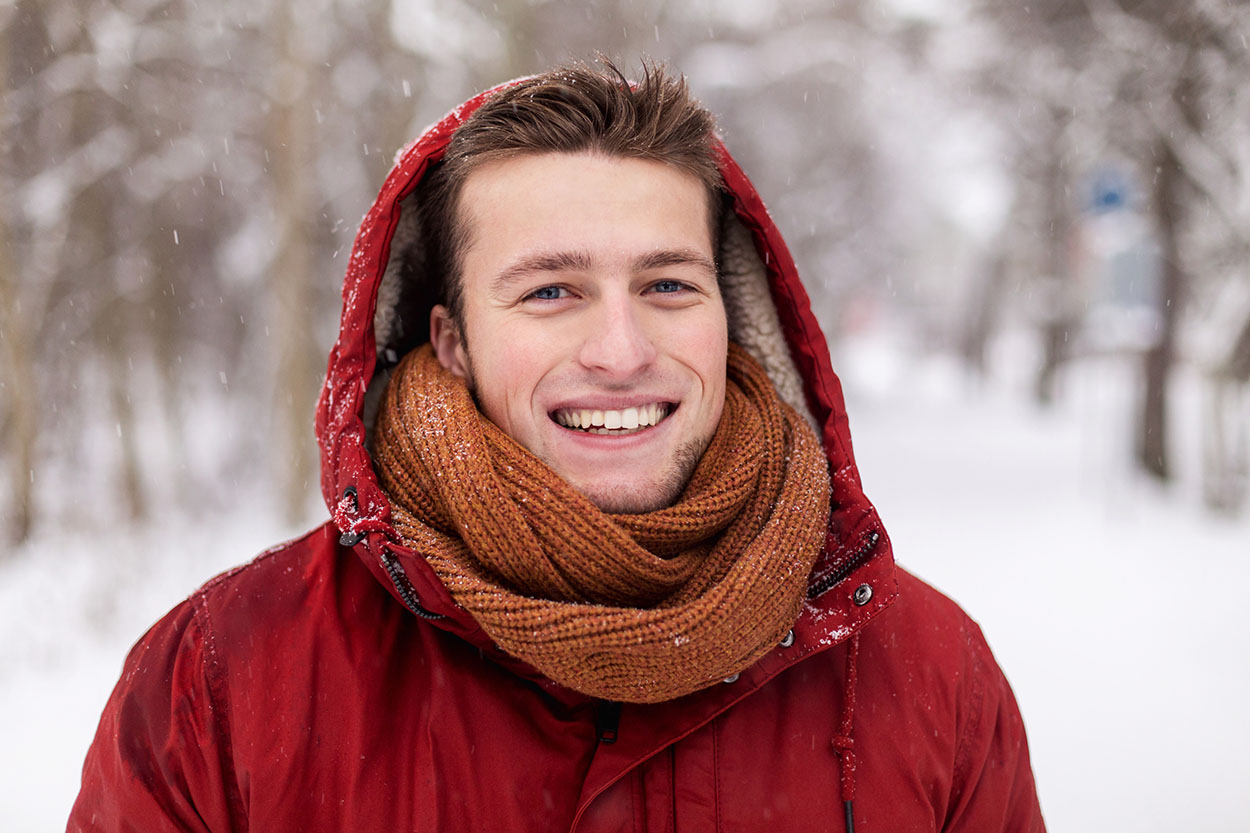 Temperature is the numerical estimate of how cold or hot something is. It tells us just how much heat is present in all types of matter, such as water, soil, or air.

It is measured using a thermometer which is a tool encased in a glass tube that contains liquid mercury. The mercury expands when the temperature is hot, while it falls or contracts when it’s cool.

In meteorology, the temperature tells us how much heat is in the atmosphere. This allows scientists to predict weather patterns.

In medicine, the normal body temperature depends on a persona’s age, gender, physical activity and other factors. If you have significant body temperature changes, it may indicate an infection.

Without it, we won’t know how cold or hot our environment is, which is especially crucial if we’re traveling. Health wise, it also tells us if our body is within a safe temperature range.

Who Invented the Thermometer? 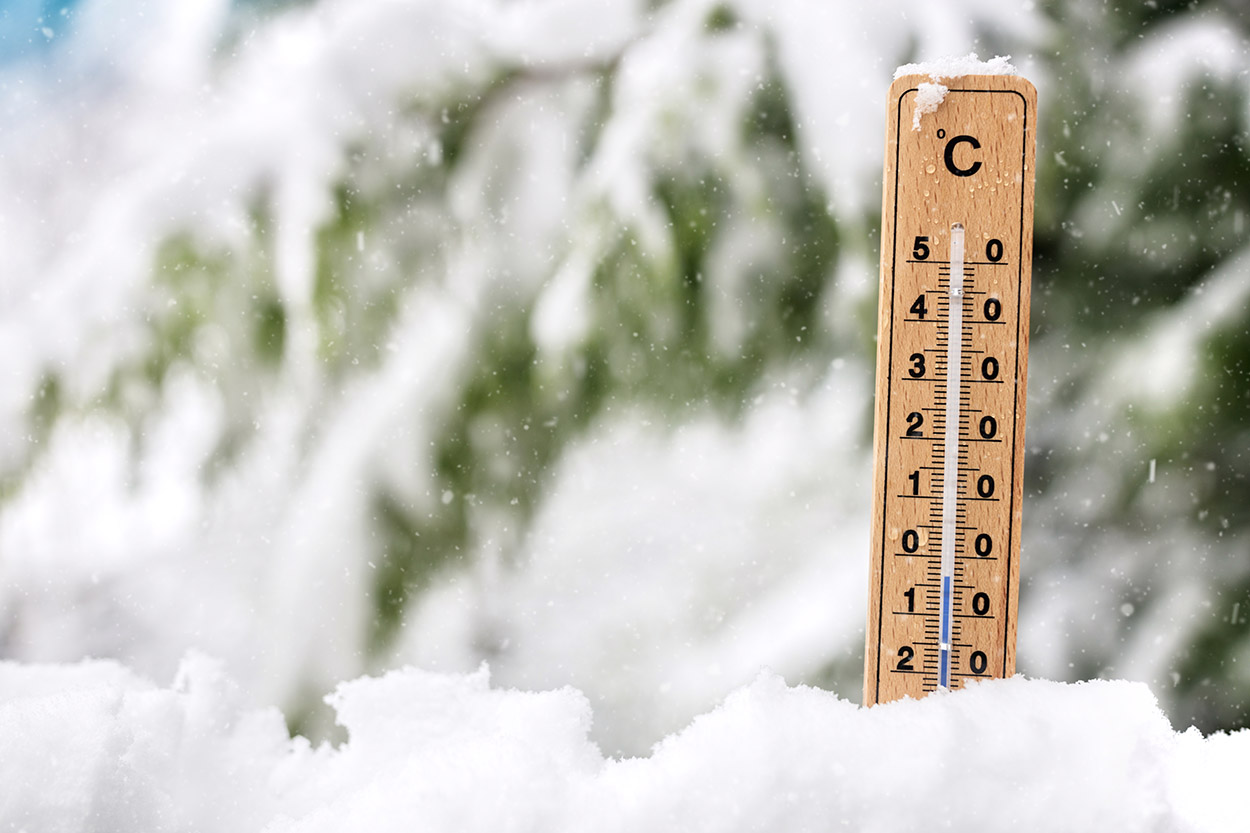 At the beginning of the 17th century, there was no real way to measure heat. But fueled by the growing need to measure its absence or intensity, many notable thinkers paved the way for its development.

The Development of the Thermometer and Temperature Scales (1500s – 1800s) 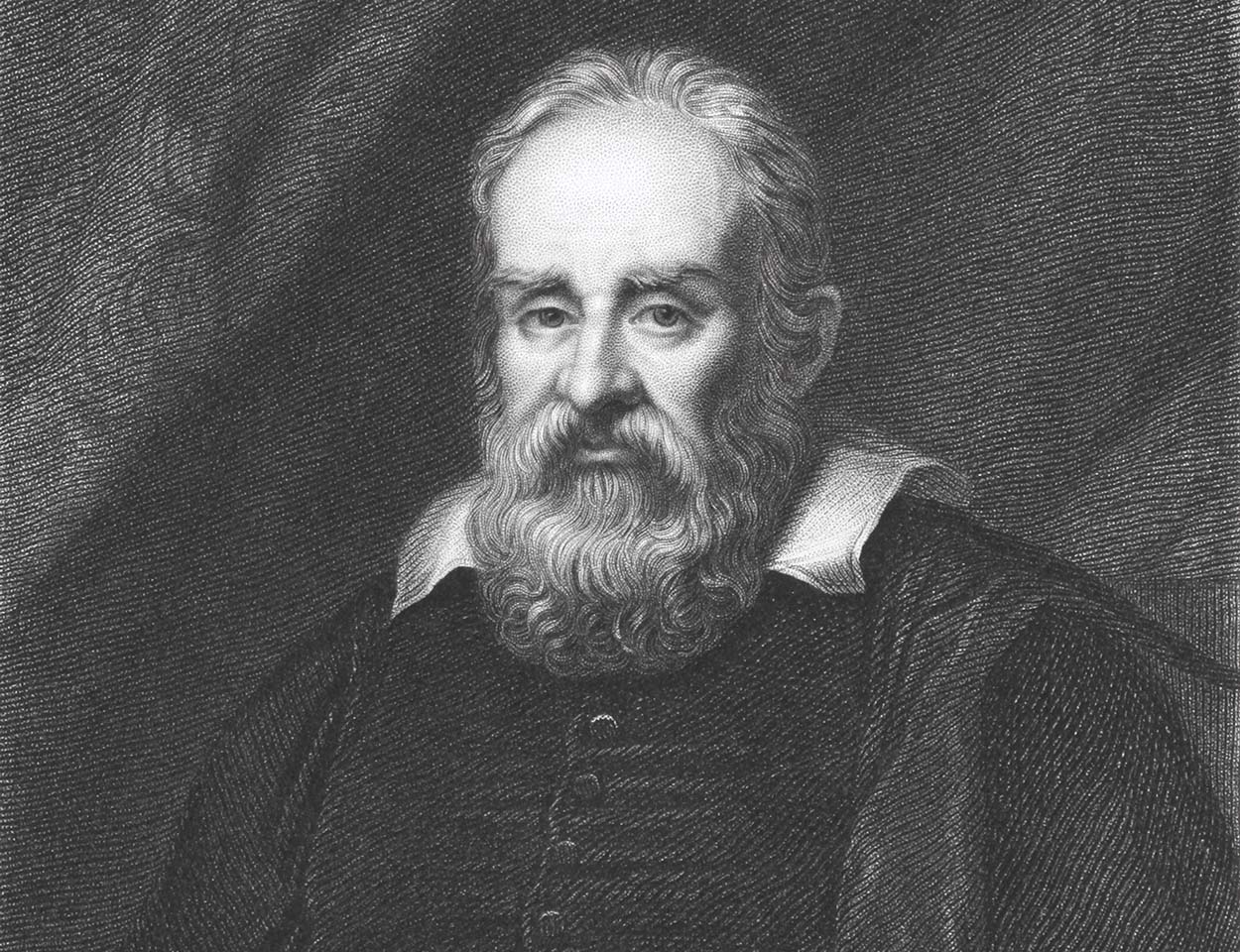 It is thought, but not confirmed, that Italian astronomer and engineer Galileo Galilei created the thermoscope around 1593. Though many sources say he invented it, the thermoscope is best regarded as the invention of a learned circle in Venice which included Galileo, Santorio Santorio, Giovanni Francesco Sagredo and Fra Paolo Sarpi, among others.

What were its limitations? It did not provide any precise measurement, which is why the instrument was not considered an actual thermometer. The thermoscope only indicated temperature differences without a scale, allowing observers to note if an object is getting hotter or cooler.

Despite the lack of precise measurement, Galileo’s group in Venice used it extensively.

In 1612, Italian physician Santorio Santorio invented the first thermometer. Throughout his life, he developed other measuring instruments such as a wind gauge and a water current meter called the pulsilogium.

Santorio is the first to employ a numerical scale to a thermoscope, which later developed into the modern thermometer. It was regarded as the first clinical thermometer.

In 1654, the first thermometer which encased liquid in a glass was invented by Ferdinand II (Ferdinando II de’ Medici), the Grand Duke of Tuscany.

The duke’s version contained alcohol, which also contracts and expands when the temperature fluctuates. However, it did not have a standardized scale and was deemed inaccurate.

The Standardization of Temperature Scales 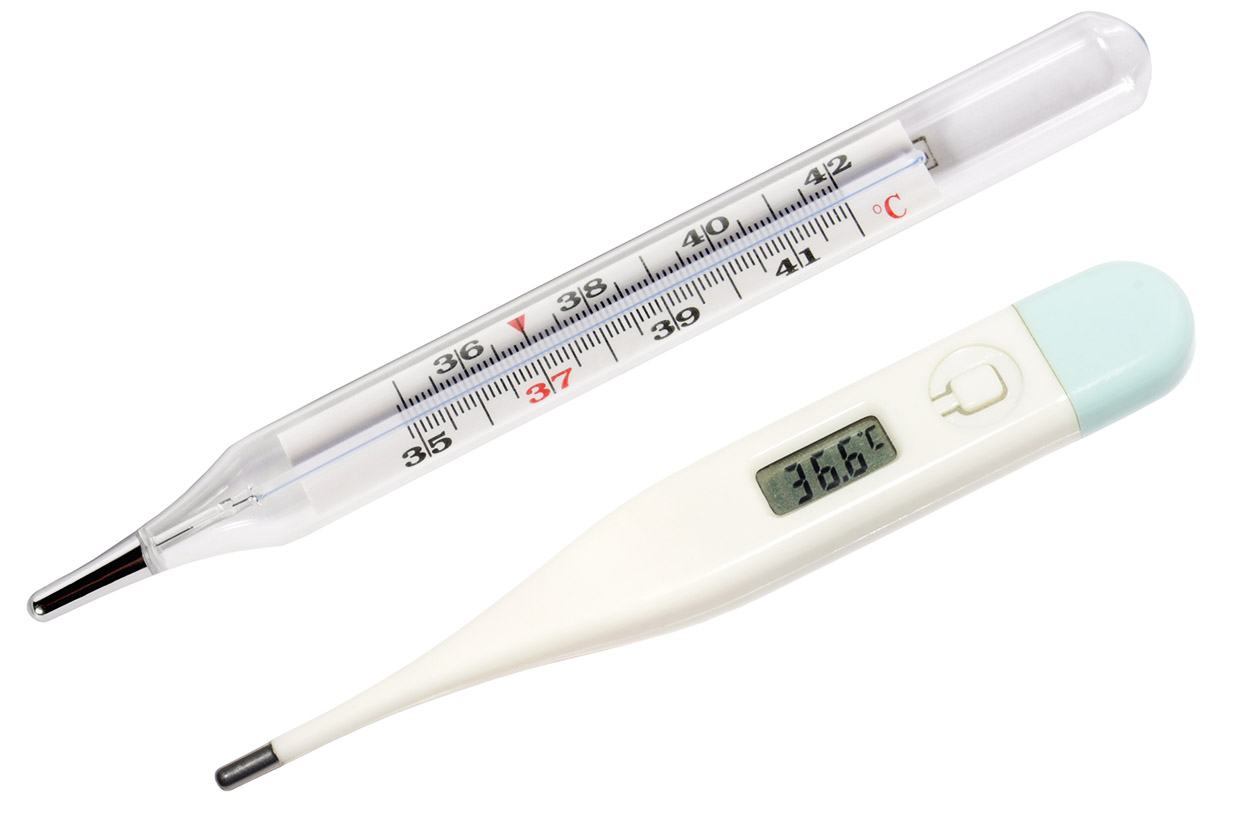 While it was possible to measure temperature, people did not have clear understanding of fixed temperature points throughout the 17th century.

Back then it was difficult to create a thermometer with the same diameter along its length. This meant that early thermometers din not have a standard size.

Researchers confirmed that the points were the same even when they moved to different places using the same thermometer. They also noticed the effects of altitude and air pressure on temperature. 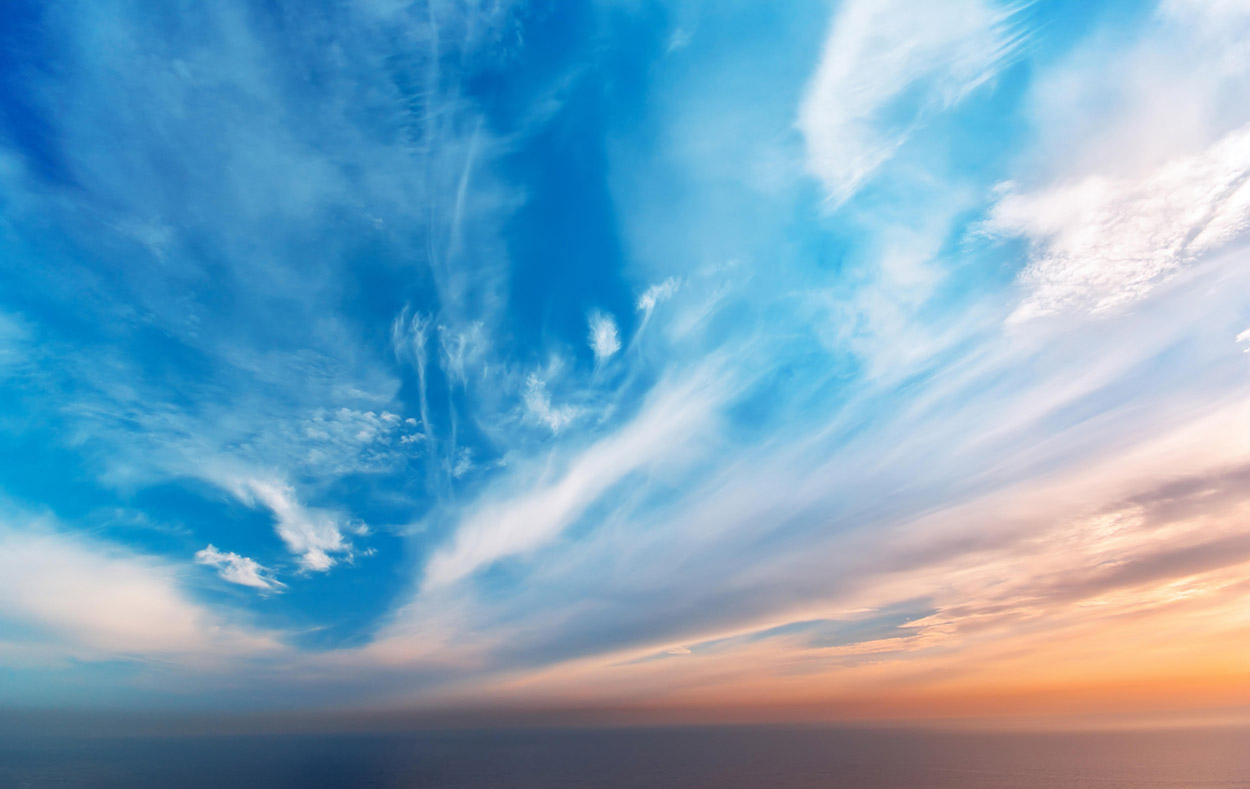 German physicist Daniel Gabriel Fahrenheit invented the mercury thermometer in 1714, and the alcohol thermometer in 1709. He manufactured the first accurate and commercially available thermometers with mercury encased in glass tubes.

According to Thoughtco.com, he introduced the Fahrenheit Scale (°F) in 1724. In his article, Fahrenheit established it by referring to the fixed points of temperature, which include the freezing point  and boiling point of water.

Mathforum.org states that 32 degrees was the lowest temperature he recorded by mixing water with common salt, which was how the first ice cream freezers used to work. Fahrenheit called this ‘zero degrees.’

On the other hand, the upper fixed point was based on the temperature of a healthy human body, which was around 96 degrees. Finally, he measured the boiling point of water with his mercury thermometer and recorded 212 degrees.

Today, the Fahrenheit scale is mainly used in the U.S. and certain Caribbean countries, while the rest of the world uses its metric counterpart, the Celsius scale.

The Advantage of Using Fahrenheit

An article in ZME Science states that the Fahrenheit scale is the best gauge for measuring air temperature. This makes it an ideal instrument for tracking weather and climate changes.

According to the NASA Earth observatory, air temperature should be measured out of direct sunlight. This is because the thermometer’s parts can absorb radiation and affect the detection of heat.

In a related interview, Jay Hendricks, the head of NIST’s Thermodynamic Meteorology Group, acknowledges this significant advantage: “Since a human can tell the difference of a 1 degree F, this scale is more precise for the human experience.”

Changes that normally do not register in °C can be recorded in °F. If you’re gauging your comfort level based on the temperature, it’s better to check the °F scale.

The good news is, unlike most countries, the U.S. National Weather Service (NWS) still publishes temperature updates in Fahrenheit. Though automated weather updates also include temperatures in Celsius.

The Rankine (R, Ra) scale was created by Glasgow University physicist William John Macquorn Rankine in 1859. It measures temperature starting from absolute zero, which is −273.15 °C or −459.67 °F. 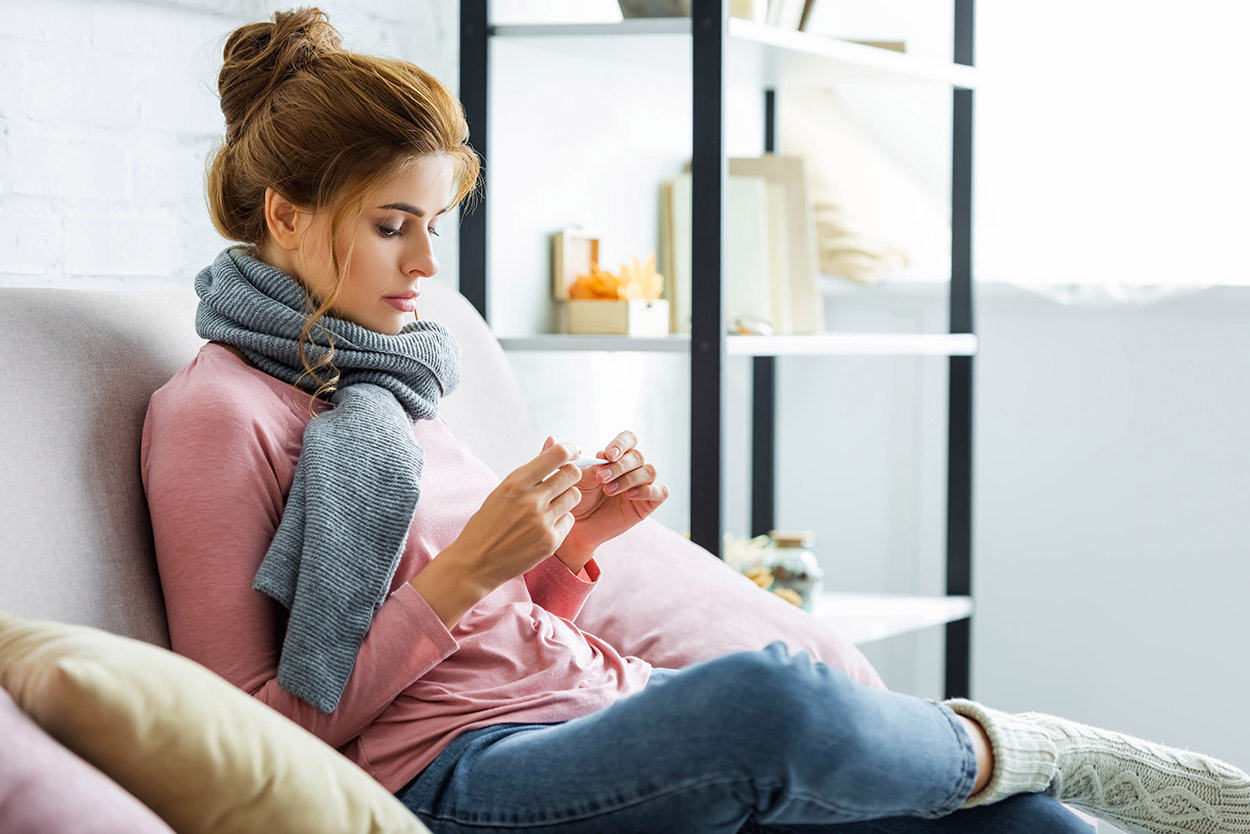 In 1742, Swedish astronomer Anders Celsius developed a thermometer scale by dividing the freezing and boiling points of water into 100 degrees.

Celsius chose 100 °C as the freezing point of water, and 0 °C degrees as the boiling point of pure water at sea level air pressure.

A year later in 1743, French physicist and astronomer Jean-Pierre Christin proposed to reverse the Celsius temperature scale so that 0 °C represents the freezing point, and 100 °C represents the boiling point. This became the basis for the widely used Celsius scale, which is also referred to as the centigrade scale.

The Advantage of Using Celsius

Live Science states that researchers prefer Celsius (apart from Kelvin) when it comes to measuring temperature for all sorts of applications. Moreover, according to ZME Science, Celsius is the ideal scale for measuring water temperature.

Using Celsius helps scientific communities maintain consistency with peers all over the world. It eliminates the tedious task of having to convert extensive temperature data.

It’s also more advantageous to use Celsius for fractional temperatures. For instance, a woman’s body temperature increases by 0.6 °C during ovulation.

Why is it widely used today? In 1948, Celsius was adopted into use by the International Committee for Weights and Measures. Around the late 1960s to 1970s, Celsius replaced Fahrenheit in most countries as part of a worldwide effort to standardize metric measurements. 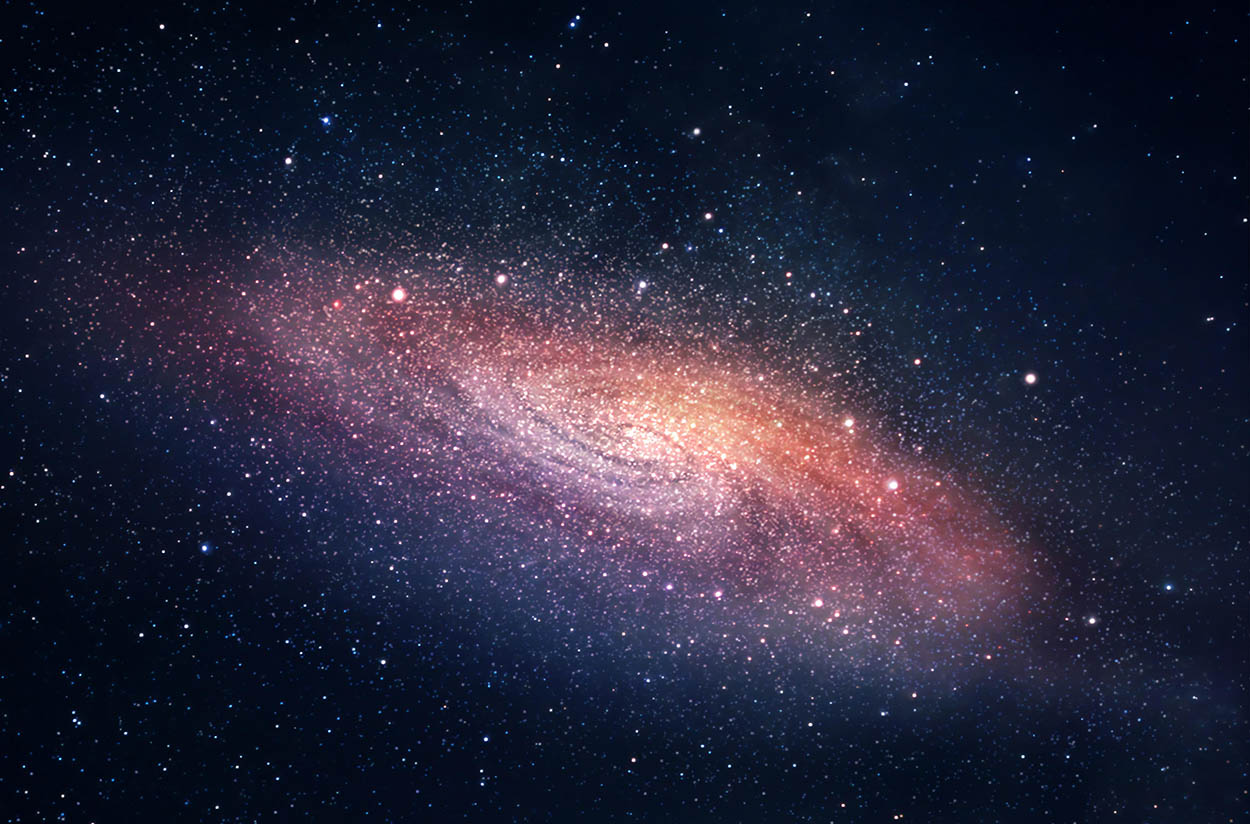 In 1848, mathematician and engineer, William Thomson, the first Baron of Kelvin, invented the Kelvin Scalewhich measures extreme temperatures for hot and cold matter.

He proposed the idea for an absolute temperature scale, which influenced the Second Law of Thermodynamics. This law, which applies to heat, states that as energy is transferred or transformed, more of it is wasted.

Each unit in the Kelvin scale is equivalent to a degree in the Celsius scale. For this reason, Kelvin is written without the degree symbol (°) so it’s just written as K.

While it uses the same units as Celsius, the Kelvin scale starts at absolute zero (which is equal to 273°C). Since the lowest value in this scale is 0 K, it uses no negative numbers.

Absolute zero is the lowest theoretical temperature possible where everything, even air, freezes. This state is also referred to as ‘infinite cold,’ when molecules stop moving.

The Advantage of Using Kelvin

In 1954, the General Conference on Weights and Measures (CGPM) adopted Kelvin as the base unit for thermodynamic temperature, which is essentially the absolute measure of temperature.

For this reason, Kelvin is the preferred scale used by astronomers in determining temperatures of heavenly bodies. Temperatures in space are extreme, so what we experience on Earth are likely far more intense in different stars and planets.

The CPGM also set 273.16 K as the triple point of water or thermal equilibrium. In this temperature, water exists simultaneously as liquid, solid and gas.

Known as the octogesimal division scale, the Réaumur (°Ré, °Re, °r) tempurature scale has the freezing & boiling points of water at 0°Ré and 80°Ré. The scale is named for René Antoine Ferchault de Réaumur, a French entomologist who proposed a similar scale in 1730.

The hottest place on Earth, which is estimated to be 159.3 °F, is the Lut Desert in Iran. 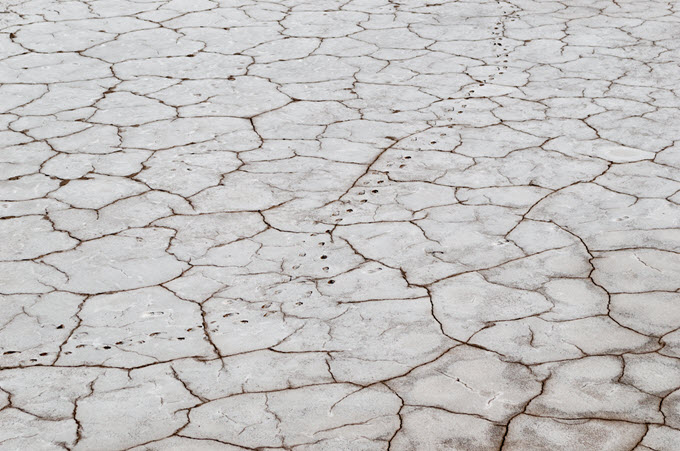 The coldest place on Earth is at a high ridge in Antarctica, located on the East Antarctic Plateau. It’s estimated to be -135.3 °F.

Below are the approximate temperature of planets in the solar system:

The invention and development of the thermometer occurred between the 16th and 18th century. Key figures who contributed to its improvement include Galileo Galilei, Santorio Santorio, Daniel Fahrenheit, Anders Celsius and William Thomson, also known as Lord Kelvin.

Celsius is the most used scale throughout the world. It’s a good unit for measuring body temperature because it allows people to track fractional changes.

Finally, Kelvin is a scale that measures absolute temperature. It’s best used for measuring extremely hot temperatures, like the surfaces of heavenly bodies in outer space.