The History and Relevance of Units for Measuring Length

Ever wondered how people used to measure length? Or how they came to agree with standard units for distances?

But after a while, people realized not every ‘hand’ or ‘foot’ was equal in size. They knew it was necessary to have a fixed basis for measurement.

In this section, we’ll learn about the origin and significance of the Metric System, the British and American units of length, and Nautical units of Distance.

A Brief History of the Metric System 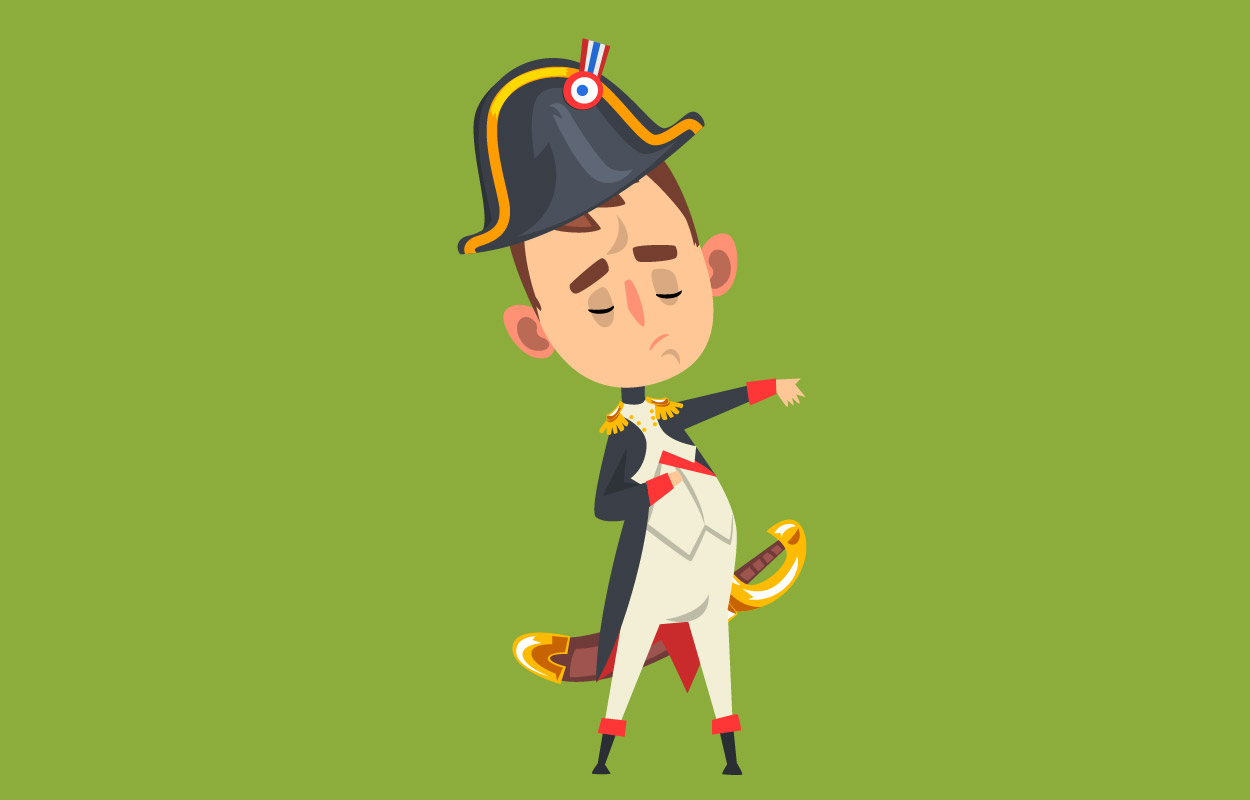 The metric system is an international decimal table of weights and measures based on the meter (metre in British English) and the kilogram. It was originated in France.

In 1795, all metric units in France were based on the metre. Today, it is the most widely used system of measurement in the world.

The process of metrification has been deployed to different countries since the 1790s, but countries like the United States and the United Kingdom have not fully adopted it.

According to the U.S. Metric Association, in 1790, the National Assembly of France summoned the French Academy of Sciences to ‘deduce an invariable standard for all the measures and all the weights.’

At the time, History states there were almost 400 different ways to measure land in France. To address the problem, the Assembly took the opportunity to organize measuring standards in the midst of the French Revolution.

The plan was to change incoherent units with a rational system based on multiples of 10. Those who organized it focused on making a simple scientific system modeled after nature. Finally, the goal was to set a standard that could be used throughout the world.

The following steps were taken to standardize weights and measures:

After the basic units were established, the metric system still faced disapproval. Though the metre was adopted as the standard unit in 1795, it was banned by Napoleon in France in 1812.

To verify the system and come up with measurement prototypes, they organized a scientific convention in 1798-1799. By December of 1799, it was made the only legal standard for measuring length and weight in France.

Despite a series of objections, in 1820, countries such as Luxembourg, Belgium and the Netherlands adopted it. By 1840, France officially restored mandatory use of the metric system, and has remained so ever since.

Around 1866, its slowly spread to other European countries as well as the United States, where its use was legal but not compulsory.

In 1875, the International Bureau of Weights and Measures held the Treaty of Metre in Paris. This earned international acceptance for the metric system.

The agreement officially provided a laboratory where international measuring standards are maintained, along with metrological research. This enabled worldwide distribution of complete metric standards.

It paved the way for the General Conference on Weight and Measures (CGPM), which convenes every 6 years to discuss periodic revision and improvement of current standards.

The Advantages of the Metric System 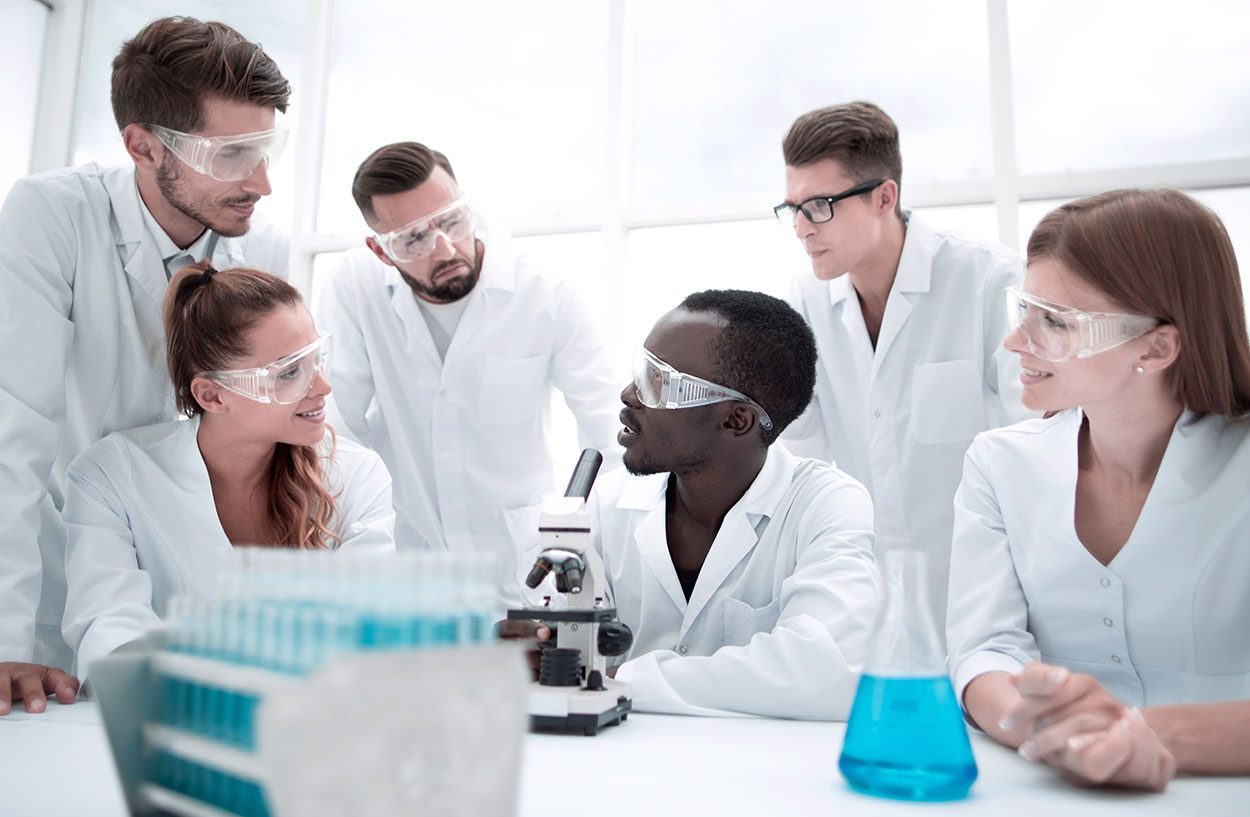 Sciencing.com states that the metric system allows people to perform conversions easily. Since it’s practically used in every country (apart from the U.S. and some selected countries), it’s a consistent global unit of measure.

Unlike the British or American units of length, which is more complicated to convert, the metric system uses multiples of 10. This means you can perform convertions from small to large units by simply moving decimals to another place value.

Now, if we take 32 meters, it’s equal to 3200 cm, as well as 32000 mm. You’ll notice this method of conversion is consistent no matter what values are assigned.

Consistency and continuity are vital in communicating information. That’s why the metric system is beneficial for schools as well as scientific communities who deal with measuring all sorts of data.

The metric system is employed in almost every discipline, including data-driven fields such as engineering, computer science, medicine and chemistry. It’s also used in manufacturing, machinery and the NASA space probes.

This ensures that students, teachers and scientists all over the world can rely on one standard system of measurement to represent data accurately.

However, there’s one disadvantage to the metric system: it’s not well equipped for computing fractions. For example, one-sixth of a meter is 167 millimeters, which encourages the use smaller of units.

History of the British and American Units of Length 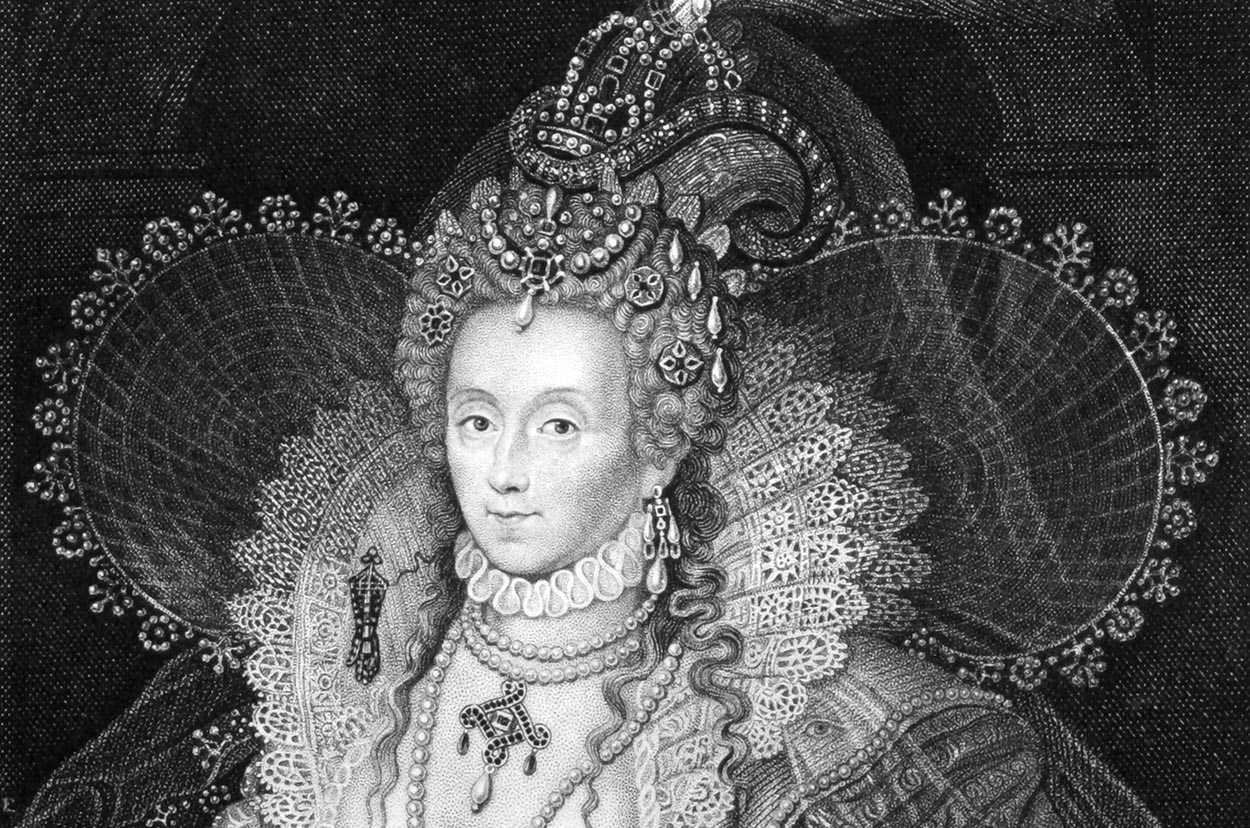 The British Imperial System was officially used in Great Britain from 1824 until the broad implementation of the metric system in 1965. The U.S. unit of length is based on the Imperial System, which is now defined in metric standards.

The standards for measuring first began in Winchester, which is where king Edgar the Peaceable (in the 10th century) is said to have used a royal bushel for measuring.

Around the 1300s, records showed how early measurements were used by the people. For instance, an inch was approximately the length of 3 barley corns. The yard, which was initially derived from a stick, is estimated to be around 3 feet.

By the mid-1400s, Winchester standards were reestablished by King Henry VII. It was considered the traditional standard for length and volume throughout the kingdom. According to Britannica, it was also adopted by Queen Elizabeth I in the 1500s. During her time, the rod was described as ‘the length of 16 men’s left feet, lined up heel to toe as they emerged from church.’

Towards the 1800s, based on the precise definition of chosen units, the Imperial System was established through the Weights and Measures Act of 1824 and 1897.

By 1959, many English-speaking countries adopted the metric definitions of Imperial units. These include:

In 1963, a law in the United Kingdom abandoned archaic units of measurement such as the rod and the chaldron. A chaldron was originally thought to be a measure of coal equivalent to 36 bushels.

British and American units of length and weight essentially follow the same system, with the following exceptions:

The Advantages of the Imperial System 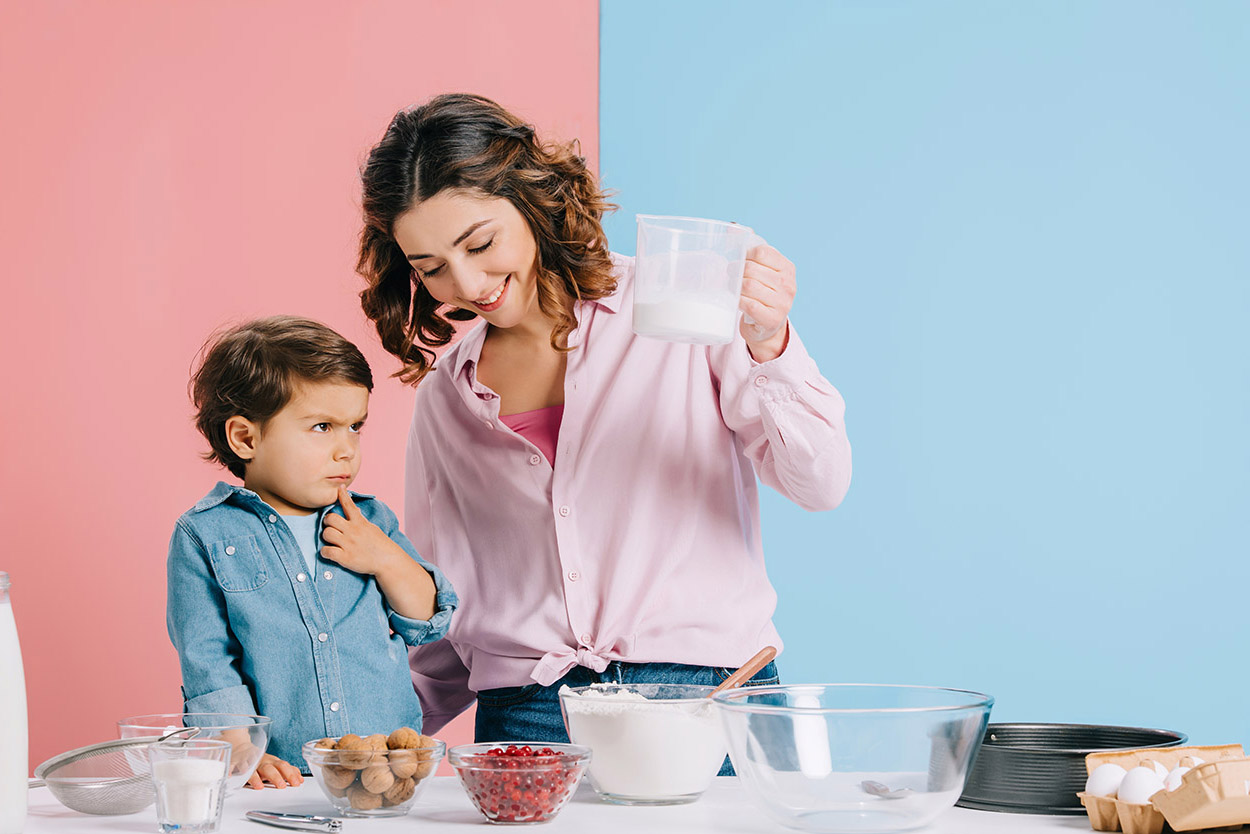 While the Imperial system is not the most widely used unit, there are reasons this type of measurement persists.

For one, it evolved to organically accommodate real world needs, says Pelle Braendgaard, a technical lead based in Nicaragua. He says these real-world measurements give people a basic idea of how objects are used.

Many of the old measurements have been abolished, but the useful ones still prove to be relevant. From the usability standpoint, a 15-inch envelope is easier to relate to than 38 cm. In reality, 5 feet 2 inches sound a lot shorter than 157.48 cm, especially if you’re not familiar with the average height in cm. Moreover, pounds and cups often convey actual portion sizes that people use when they cook.

Finally, compared to the metric system, it’s easier to think in terms of fractions or portion sizes in the Imperial system (such as half a pound, ¼ cup, etc.) than in metric terms. 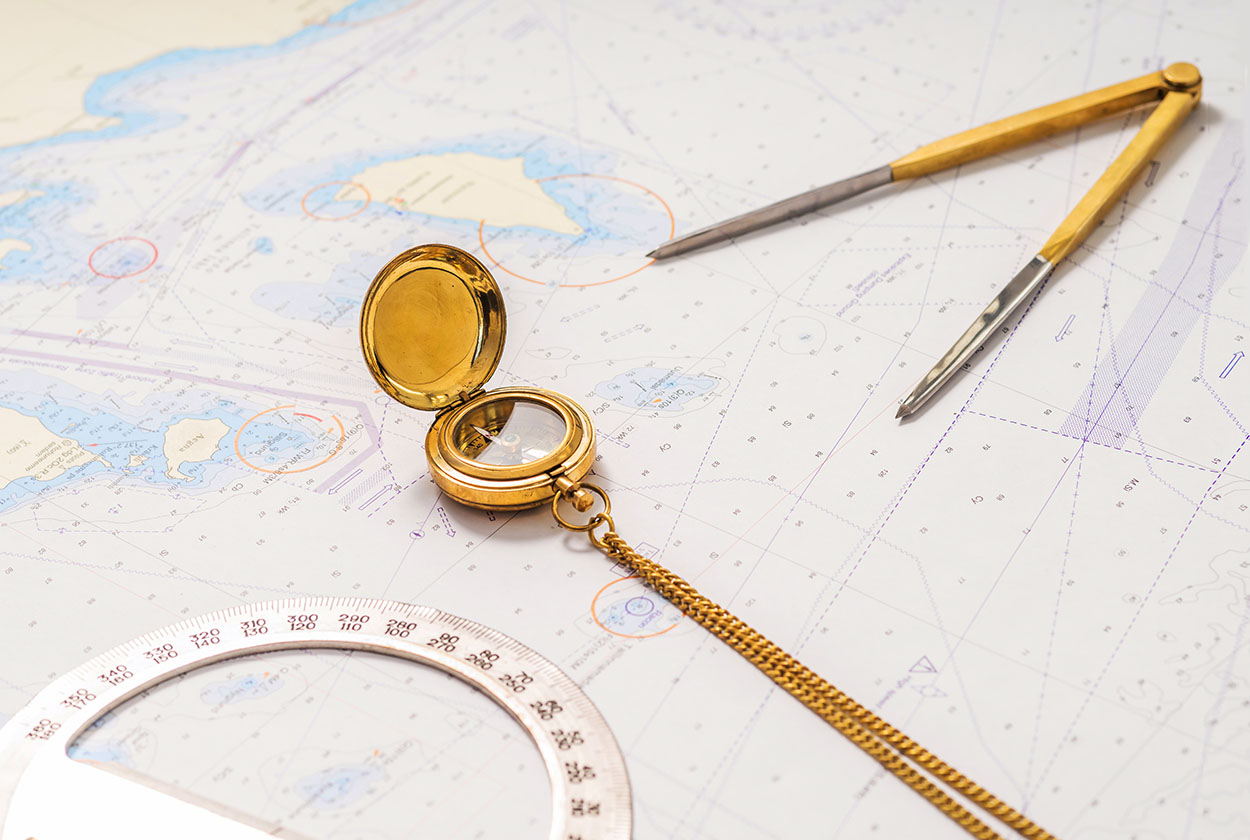 A nautical mile is defined as 1,852 meters or 1.852 kilometres. It’s based on the circumference of the earth (equator) and is equal to one minute of latitude.

What is the basis for the measurement? The idea is that the equator can be divided into 360 degrees. One degree can be cut into 60 minutes, where 1 minute of arc on the Earth’s circumference is equal to 1 nautical mile.

Who Came Up with Nautical Units?

Around 1690, Gabriel Mouton, the vicar of St. Paul’s Church in Lyons, France, proposed a special unit of length which he called the ‘mille.’ It was based on 1 minute of arc in the great circumference of the Earth (equator).

In 1670, he published his most influential book ‘Observationes diametrorum solis et lunae apparentium’ where he included ideas on standards for length measurement.

Mouton was one of the first to suggest an organized method of labeling measurements. He proposed names for decimal multiples and submultiples for the basic unit of length.

However, because of the constraints of his era, his ideas were not widely recognized. It took the French more than 100 years to consider his suggestion. And even then, the French commission preferred a different definition of the metre than what he suggested. 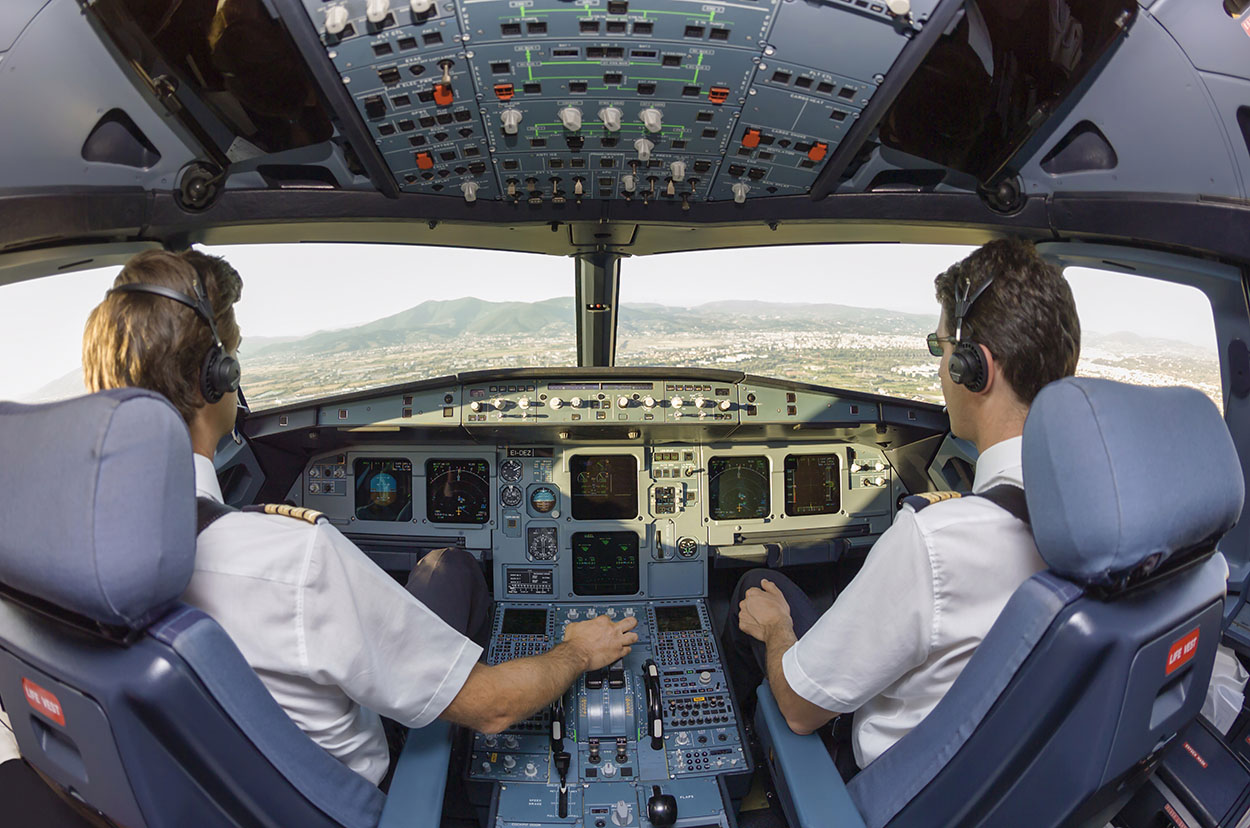 According to The Guardian’s archive, since one minute of latitude is equal to one nautical mile, it allows pilots and sailors to instantly assess multiples of miles with their thumb or any handing measuring stick.

This is crucial especially if the chart table is overly crowded. Reading measurements according to latitude also helps pilots estimate travel time.

Different standards were used by people in the ancient times to measure length. While traditional units still persist, scientists developed an international standard for measuring length and weight.

The metric system was developed by the French in the 1700s and was widely adopted in the mid-1900s by many countries. Meanwhile, the British Imperial System was first used by Great Britain in the early 1800s. This was adopted by the U.S. and is still in use today.

Though metrification has been instigated in the U.S. and the United Kingdom, these countries still use the Imperial System.

Nautical units of length benefit sailors and pilots. It’s the best system to use while traveling because it counts 1 nautical mile as 1 minute of latitude. It helps navigators pinpoint their location as well as estimate travel time.