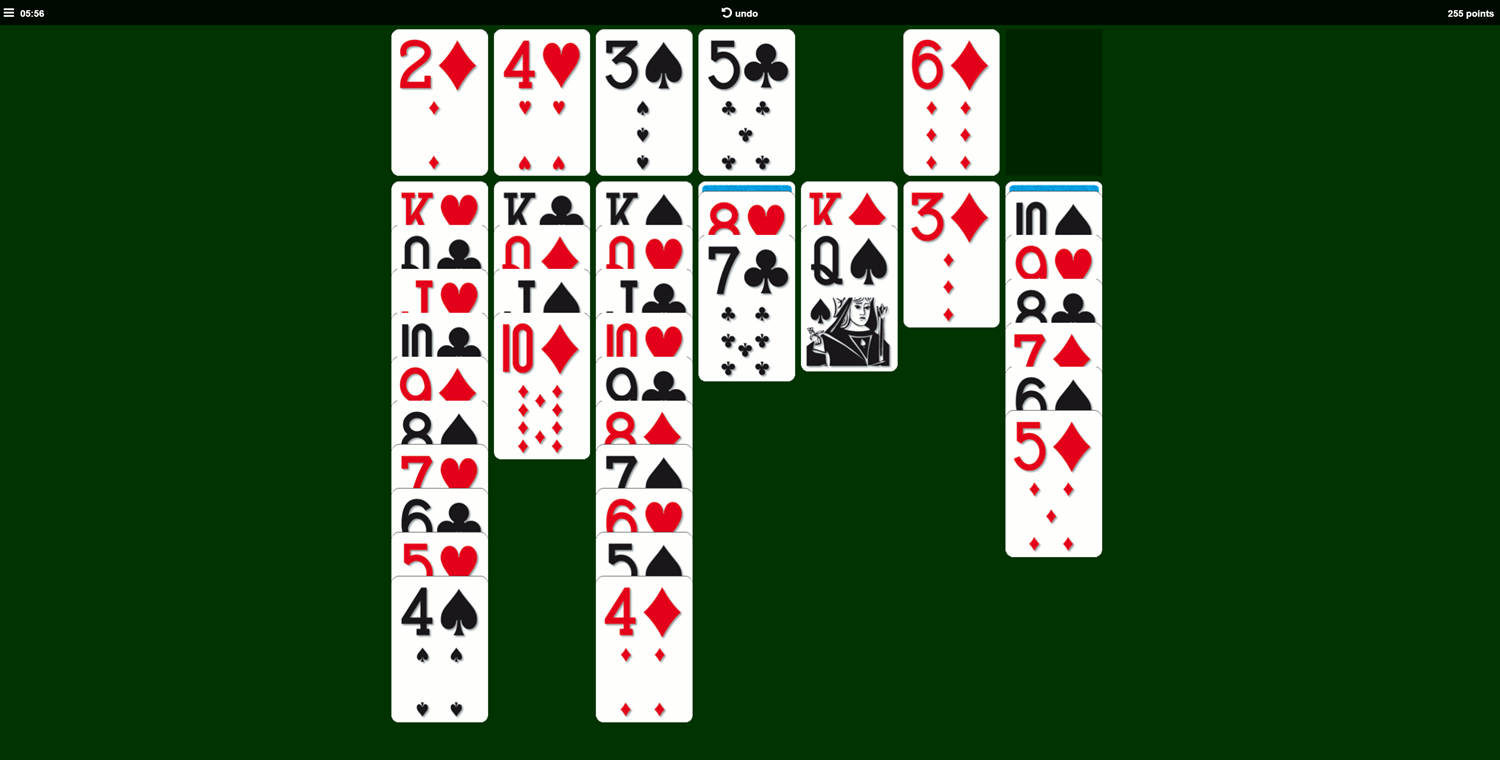 How to Play Classic Solitaire

If the game is over and you won or lost, or you would like to restart a new game for any reason, click on the hamburger menu in the upper left corner of the screen and then click the "new game" button.

If you would like to restart a new game that feature is also available in the hamburger menu.