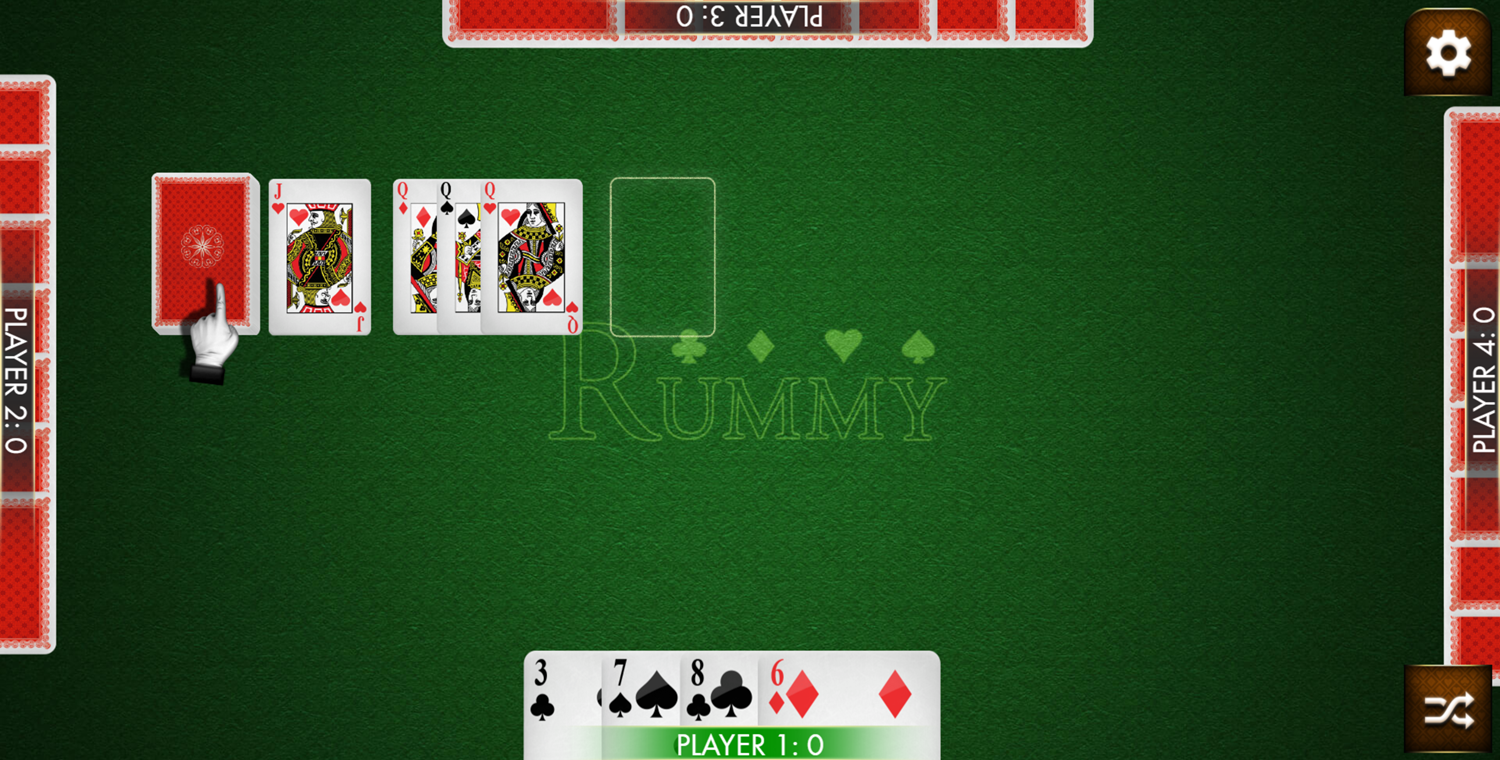 Rummy is a popular card game where playerrs compete to put their cards in order and score points.

Begin the game by choosing how many players you want to compete against. Games can be played with 2 to 4 players. Players are initially dealt 7 cards with the remaining cards stacked in a pile.

The objective of the game is to put your cards in point-scoring combinations before your competitor. On each round you can pull a card from the face-down stock of cards or the top card from the waste pile next to it.

Players see if they can place the card they picked up into a tris (three of a kind), poker (four of a kind), or straight (three or more cards in a row).

A player wins the round when they have placed all of their cards. Rounds continue until a player reaches a score of 200 to win the game.

Cards are scored as follows:

Only the winner of each round scores points in that round.

If the winner places all their cards in a single turn that is called a "rummy" and they win double points.

Cards may be laid on existing stacks in the center of the table to extend a straight or turn a tris into a poker.