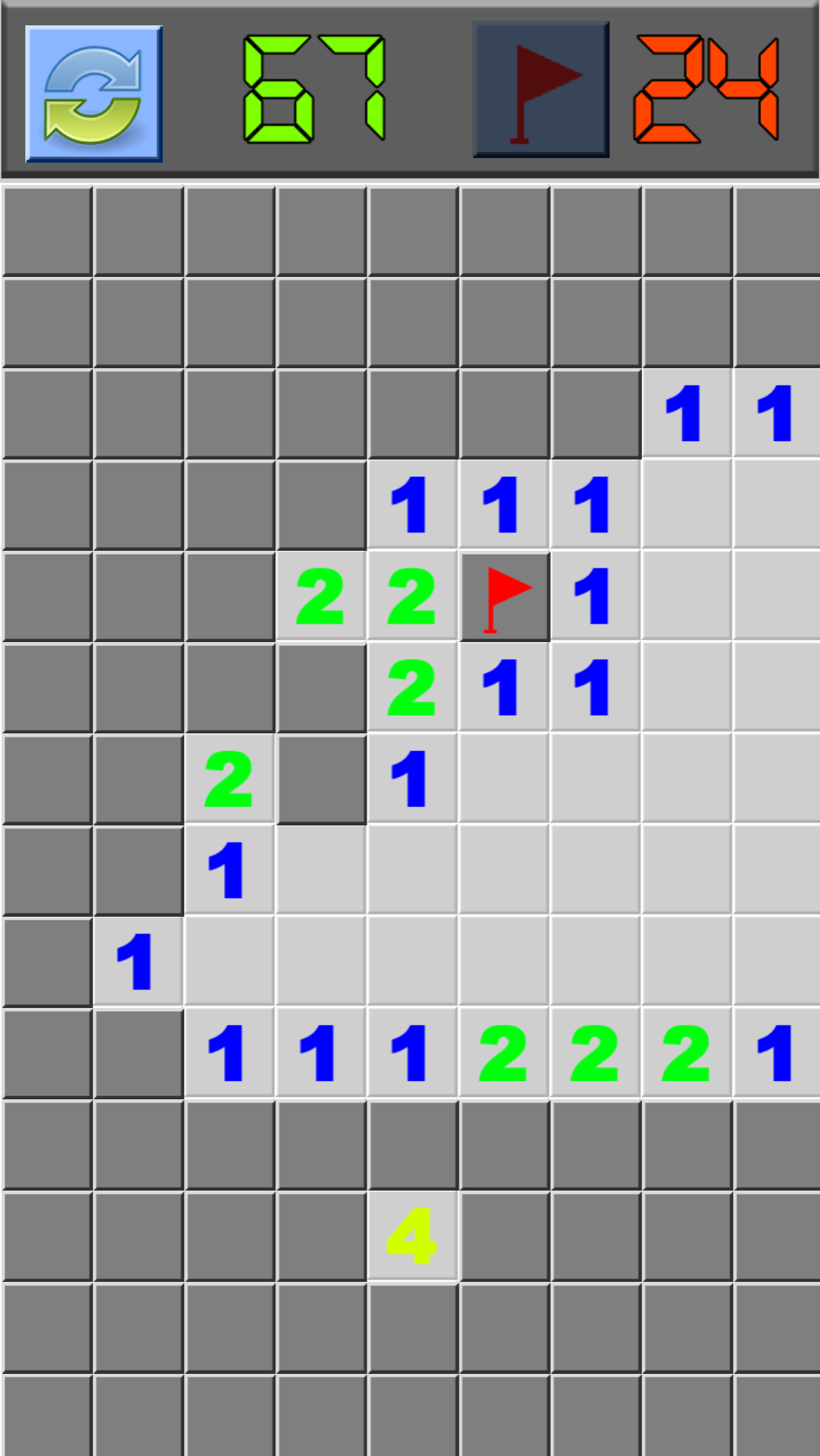 This is a basic version of the classic mine sweeper video game.

Left click your mouse on a square to reveal what is under it.

In the upper left of the game there is a level restart button and a game timer.

After you uncover a single cell in the game a number in the right corner shows how many mines are in the current level.

If you believe a square has a bomb then click the flag button and flag that cell. This will reduce the remaining mine count in the upper right.

If a square has a number that means that many adjacent cells (across, vertical, or diagonal) have mines in them.

Sometimes near the corners you have to take a 50-50 guess on which cell has a bomb on it, but after opening up the middle of the field you can clear out most cells and correct mark the mines using the number counts & deductive reasoning.

The game is considered won when all cells clear of mines have been uncovered, even if you did not yet flag all mine locations.

If you flag a square that does not have a mine you do not lose, but if you uncover a mined square you lose. If you flag a square and later want to adjust its status declick the flag feature in the upper right and then regular click on it to first remove the flag, then click again to uncover the cell.