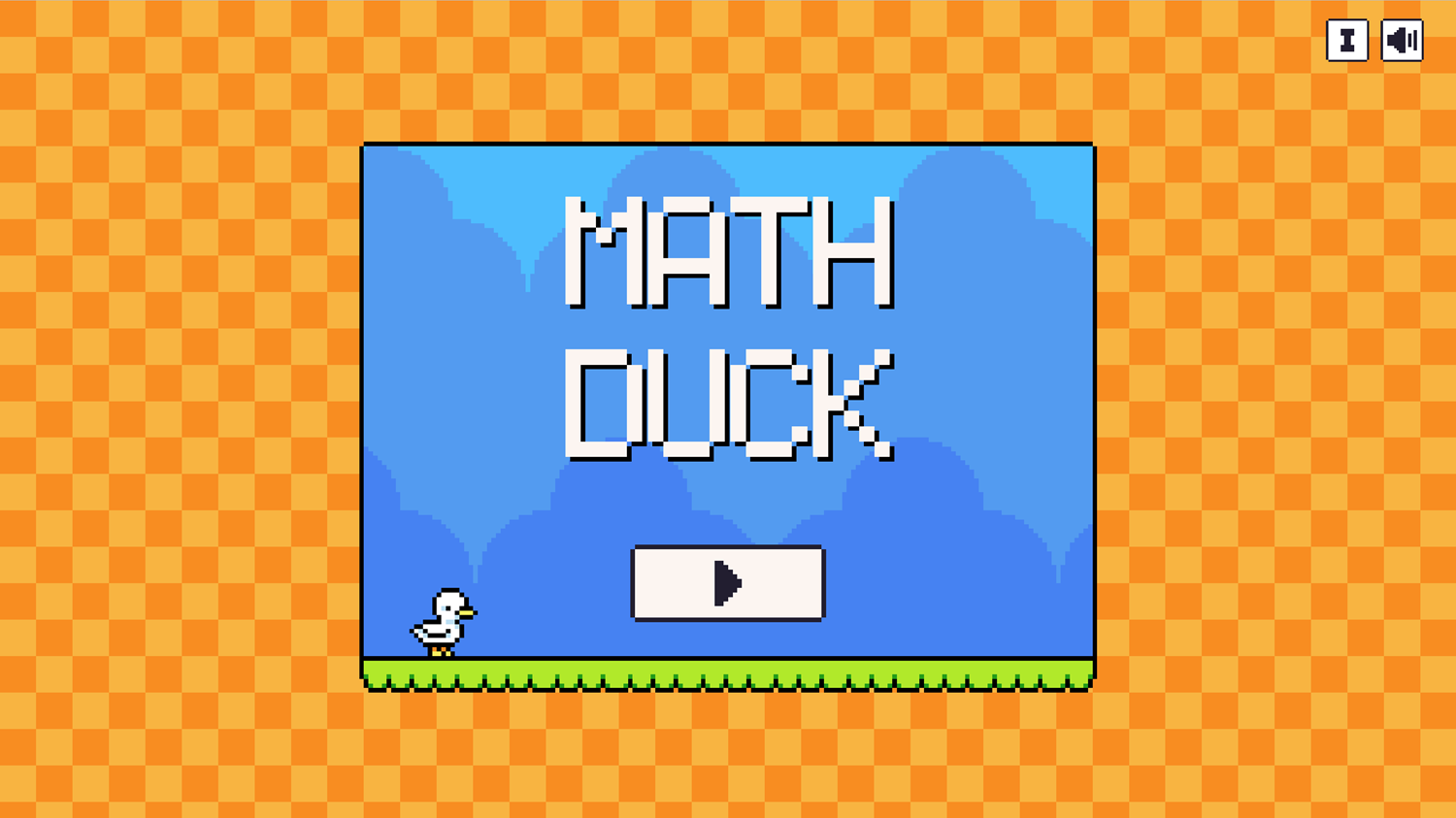 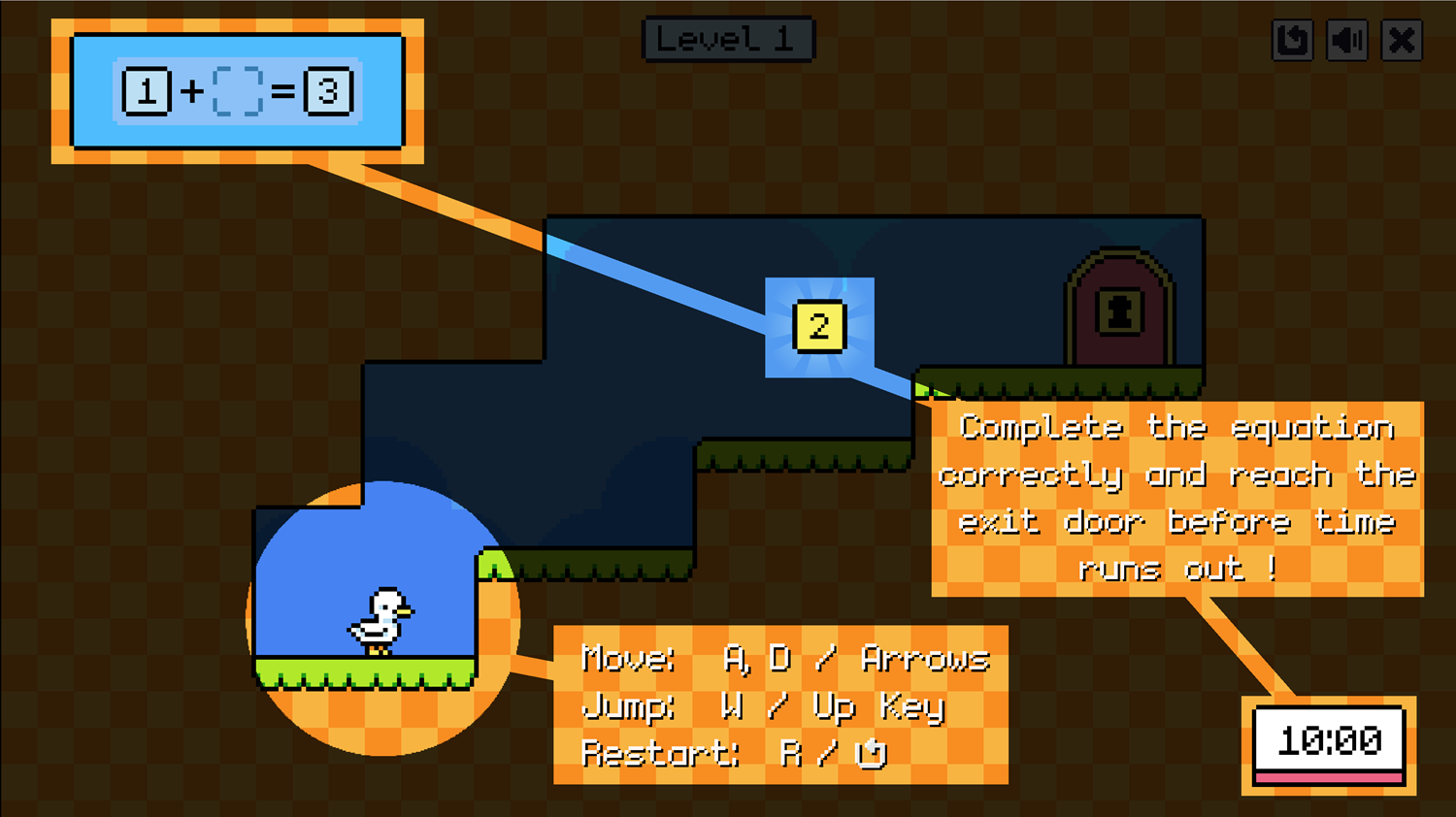 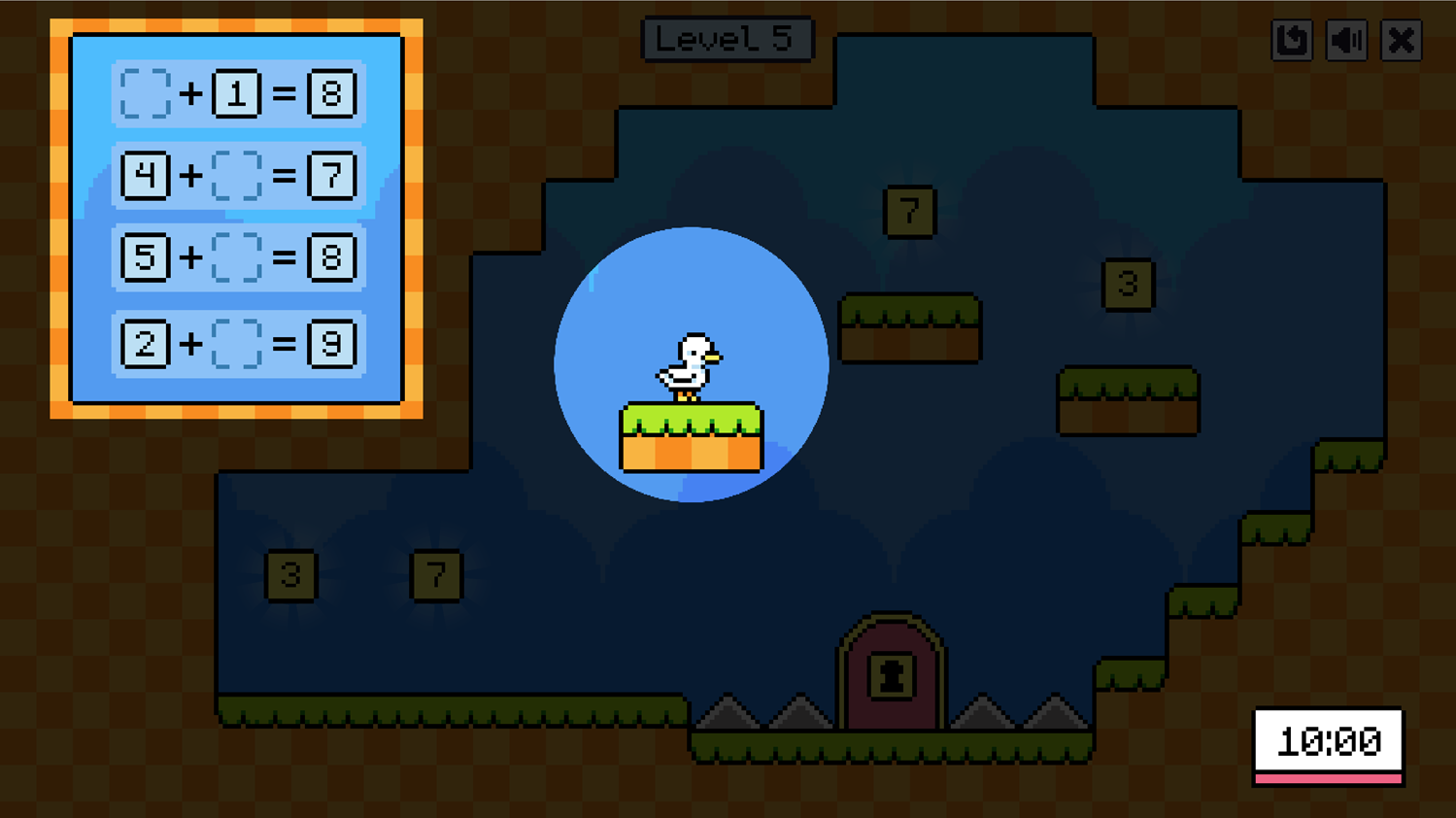 This is a fun room escape platforming game where you must solve math equations by running over the correct number tiles.

The timer for the game does not start until after you move. You have 10 seconds to solve all equations, collect the key to open the door, and make it back to the open door.

When selecting number blocks to fill you start on the left edge of the top row, work your way across, and then do the same for any subsequent rows.

Once you get to the fifteenth level the game has a blue button you step on which resorts the order of the rows of the equations in the upper left.

On the seventeenth level there is a clock button you can jump on to add more time to the clock.

This game has 18 total levels.

This game has fixed spikes, moving gray spikes, and red spikes which fall from the roof when you are near them.

If you run into any of the obstacles or run out of time it is game over, though you can retry each level an unlimited number of times.