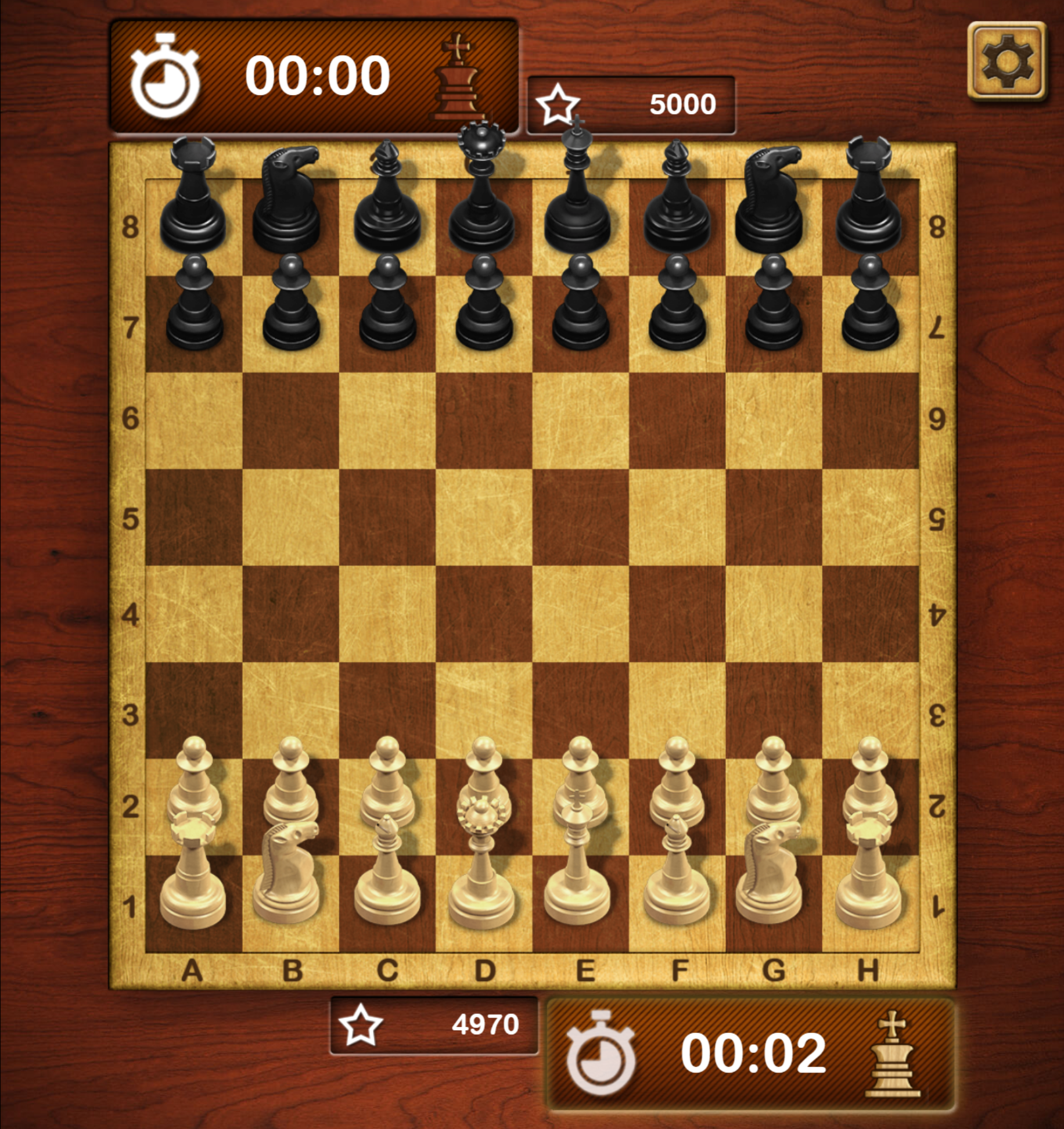 This is a standard online version of the board game chess where a player can choose to play against the computer or a human opponent using the same computer.

The playing grid consists of a 8x8 grid of 64 cells.

Players move any of their 16 pieces per standard chess rules.

The game shows a counter clock in the bottom right for the first player & a play clock in the upper left for the computer or second player.

If you play against the computer your score is based on how quickly you play.