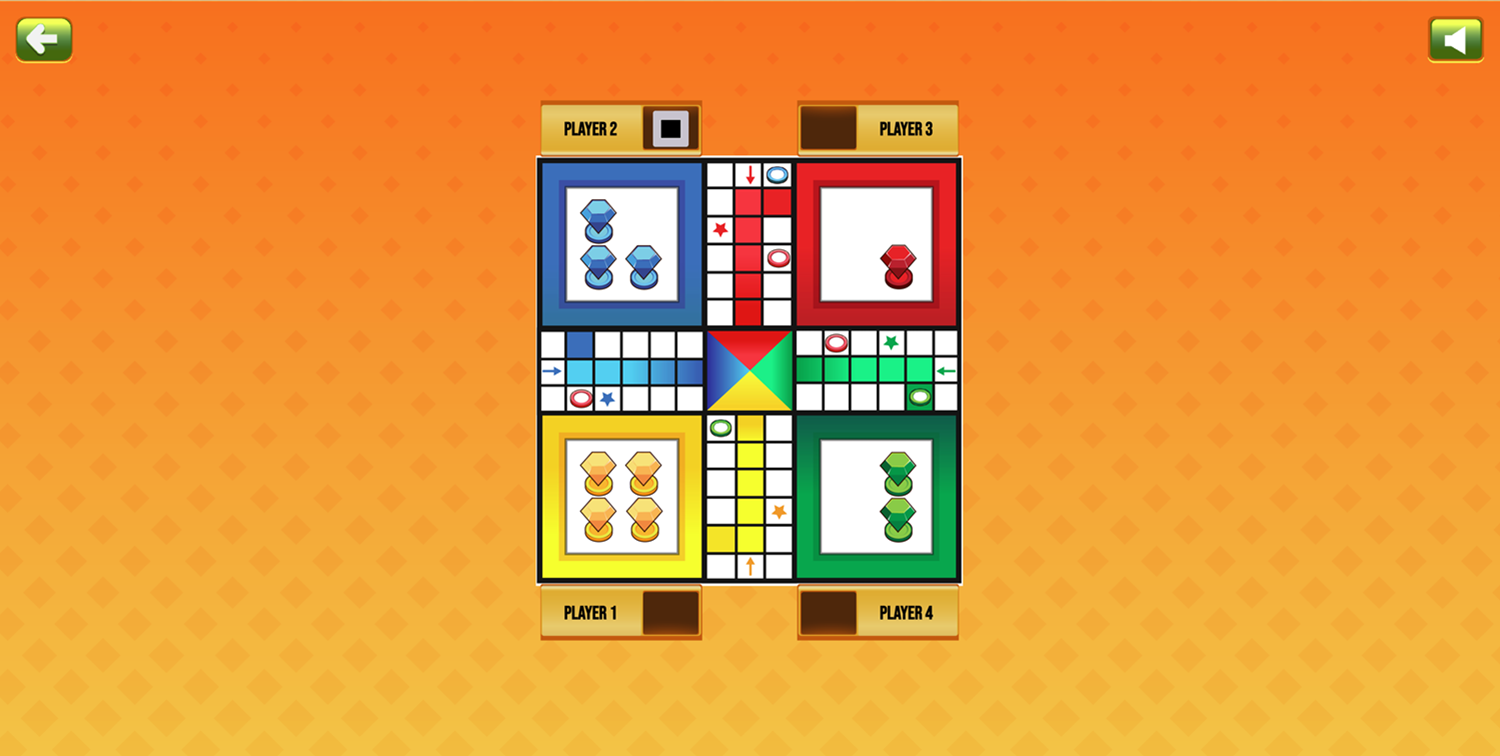 This is a popular board game for kids where players roll dice and move their men around the playing field.

Variations of this game have been popular since Pachisi was created in India in the sixth century CE, though in western markets the most popular brand of game in this genre is called Sorry.

The first player to get all their men across the board wins.

This game mostly comes down to random chance or luck, which is part of the reason why you can play multiplayer using a single computer.

Setting Up the Game

You can play with 2 to 4 total players, using any mix of computer or human competitors against you.

Enter your name in the first player, then for any additional players you want in the game enter an optional name and set them to computer or human.

Players begin the game with the first player going first, the second next, then the third, then the fourth.

Each player has 4 men which they must move a total of 56 spaces each.

If someone else lands on your men they knock you off the board and back to the starting position. You can do the same to their men.

Whenever you roll the board will highlight the placements your men can move & you can click on which of the men you want to move.

Much of this game comes down to luck, but there are a few things you can do to try to do better than random luck.

Try to have at least 2 men on the board at any time so that you are not forced to make an inopportune play with one of them.

When you get men into the final colored area you can leave them in position anywhere in there until you roll a roll which brings them to the final home position. You are better off spending your moves moving your other men around the board rather than bringing the "almost home" men a little bit closer, because if you over-roll the amount needed to go home you can't move the men in the colored area on those rolls.

Men can be knocked off the board & sent back home if they are landed on with the following exceptions:

Move your players all the way around the playing field strategically to not let your opponents land on your men. Shadow them and wait until you get a roll that allows you to pounce on them.

You can earn an extra roll of the dice any time you: