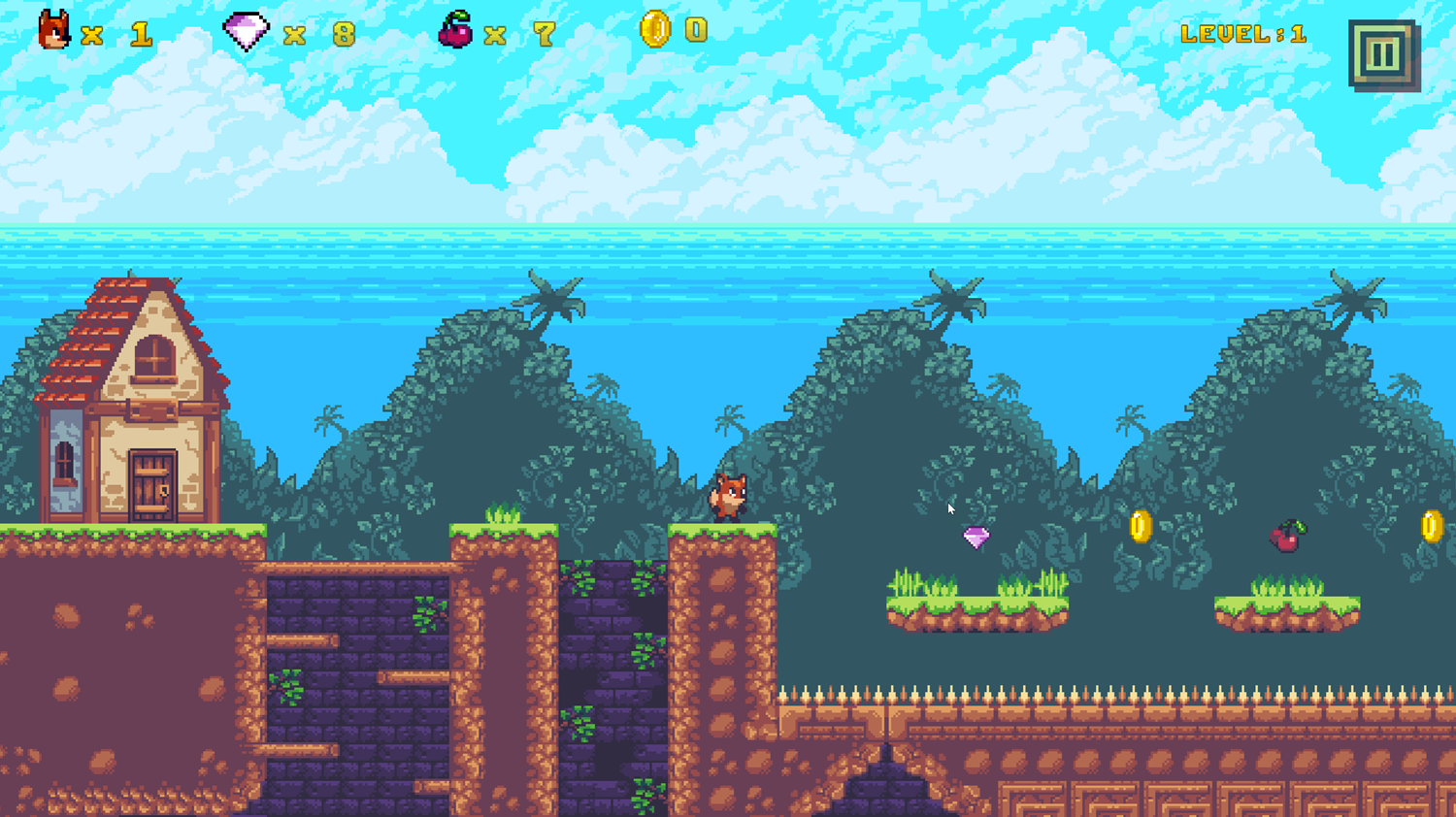 This is a 10-stage horizontal retro platforming game where you play as a fox collecting diamonds and cherries.

The game automatically attempts to detect if you are playing on a computer with a keyboard or a touchscreen device. You can change the game controls or reset gameplay data using the option button in the right of the game's welcome screen.

Press the play button in the upper right to start the game, then press on level 1.

When using a desktop computers the controls are as follows:

Collect all the diamonds and cherries in each stage to win the game.

Avoid enemies by jumping over them, or jump on them to attack them. Most enemies take 3 hits to defeat. Some enemies can not be defeated.

Left click your mouse or tap the screen to jump. Tap repeatedly to multi-jump.

You face whichever side of the screen you click on and score a point for each weapon you knock to the ground, but you die if you get hit once.