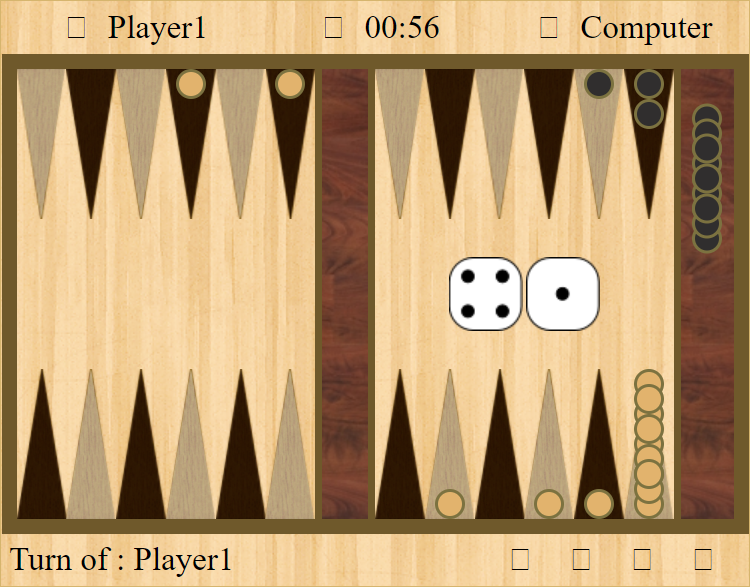 This is a simple online version of the board game backgammon where a player can choose to play against the computer or a human opponent using the same computer.

Roll the dice and move your men the number of positions shown on the dice. You can split both dice among 2 different men or use all the moves on 1 man.

The goal of the game is to get all 15 men into the final quadrant, or home board, and then born off the board.

Checkers or men can only move to open points on the board. Open points are points with no more than 1 opposing man on them.

If you roll a double you get to move those moves twice. Meaning if you rolled 6,6 you would be able to move a total of 24 spaces.

A piece which is isolated by itself is called a blot. If you land on an opponent's blot their checker is placed on the bar and can only be laid back into play again by rolling a number which can be played. Your opponent can also do this to you.

If you have a piece on the bar which you can not put into play then your turn is skipped.

If it is possible to move the exact number of positions shown on the dice then a player must move their checker that number of pieces. When most pieces are born off and few remain on the board you can use a highr roll to born off a remaining piece.