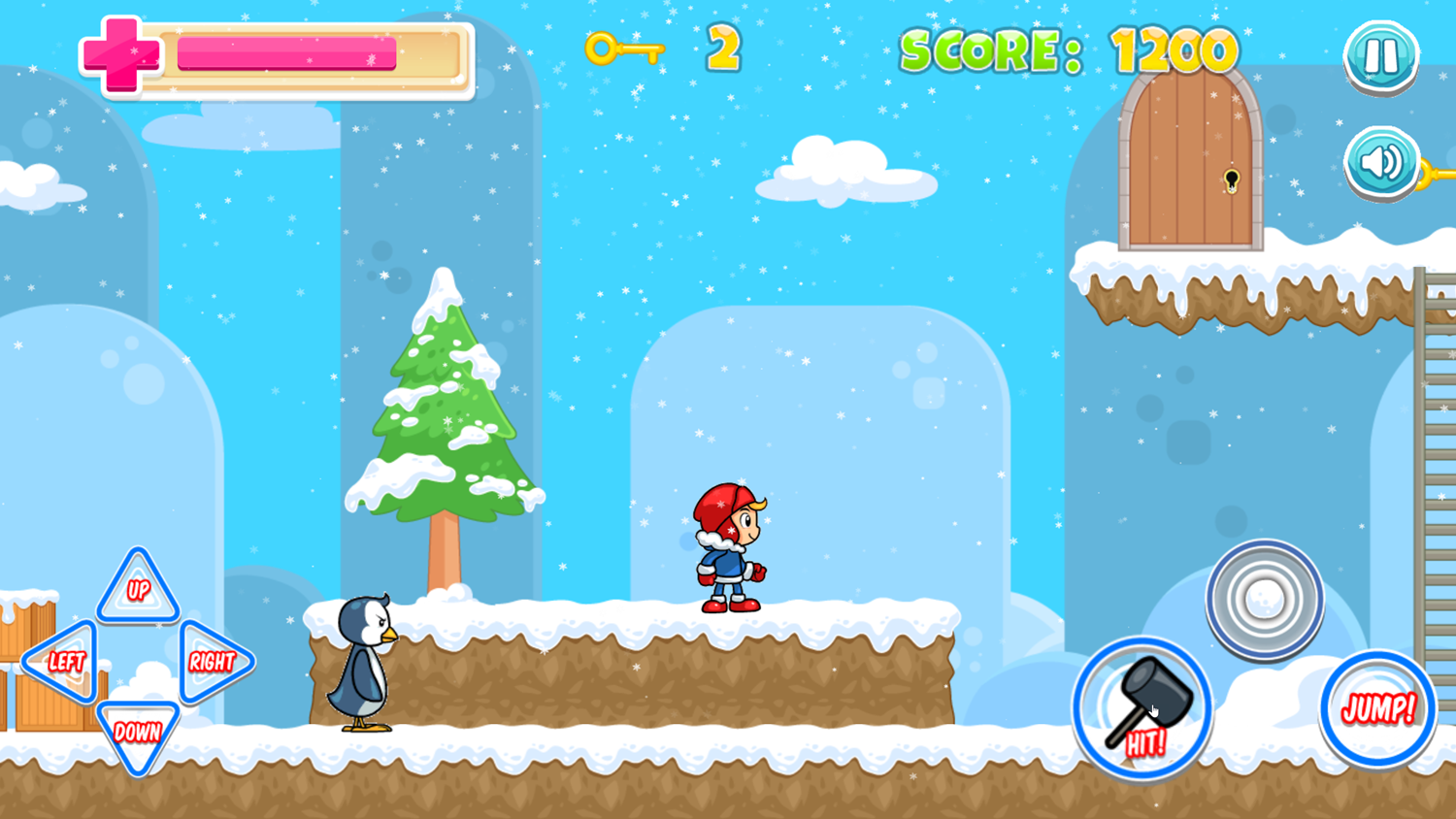 This is a simple winter themed platforming game for children where players help a girl or boy make it to the exit at the end of each stage.

Each coin you collect is worth 100 points. You do not have to collect all the coins to beat each stage.

You can break colorful ice cube blocks with your hammer.

You must collect every key on each level to unlock the door at the end of the stage.

It is generally easier to hit enemies with the spin move than the hammer, but you have to be careful to not fall off platform when using the spin move on a small platform.

You do not score any points for defeating enemies.

Your health bar is rather generous in this game, so the big thing is to not fall off platform.

Be careful not to use your hammer while jumping or changing elevation or you will likely break the ground beneath you.