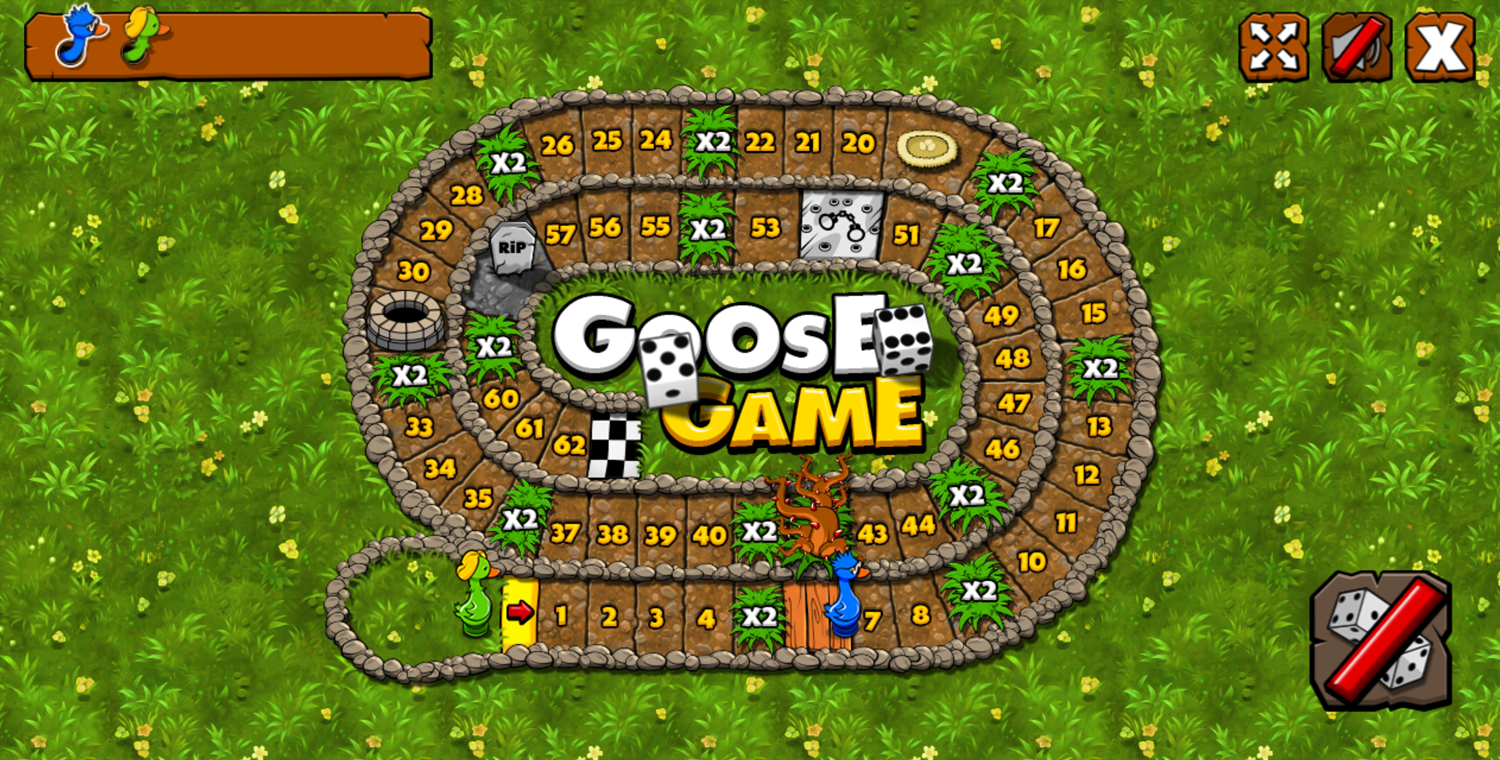 This is a simple online virtual board game with 2 dice where players can compete against up to 5 other friends, or 5 other computer players. The first player to reach the checker finish line in square 63 wins.

When it is your turn select the roll button at the bottom right of the screen.

Computer players automatically roll the dice for themselves.

If you roll a 9 on your first roll you automatically win the game.

The first player to make it to square 63 wins. Players who roll more than the number of spaces needed to reach square 63 will bounce back the additional squares.

You can land on the same square an opponent is already on without impacting them.