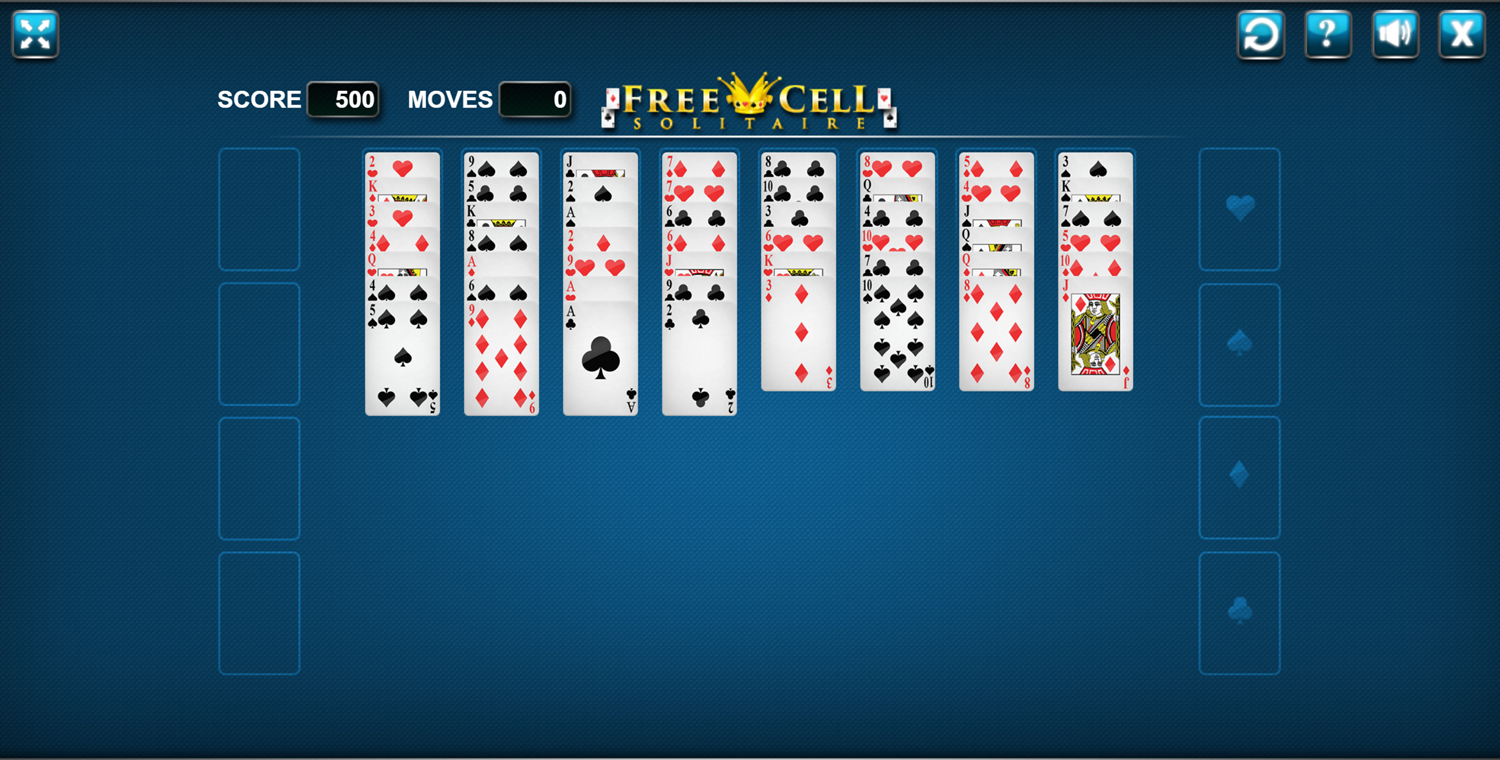 This is a version of solitare where cards are shown face up in 8 columns. Users must re-arrange the cards by counting down and alternating suit colors between red and black until they can expose the Ace cards and move them over to begin hearts, diamonds, clubs and spades suit-based stacks counting up.

How to Play FreeCell Solitaire

You can click on the rounded arrow to start a new game.

The top left button allows players to expand the game to full screen. Other buttons across the top allow players to restart the level, read game instructions, turn music on or off, and exit the game.