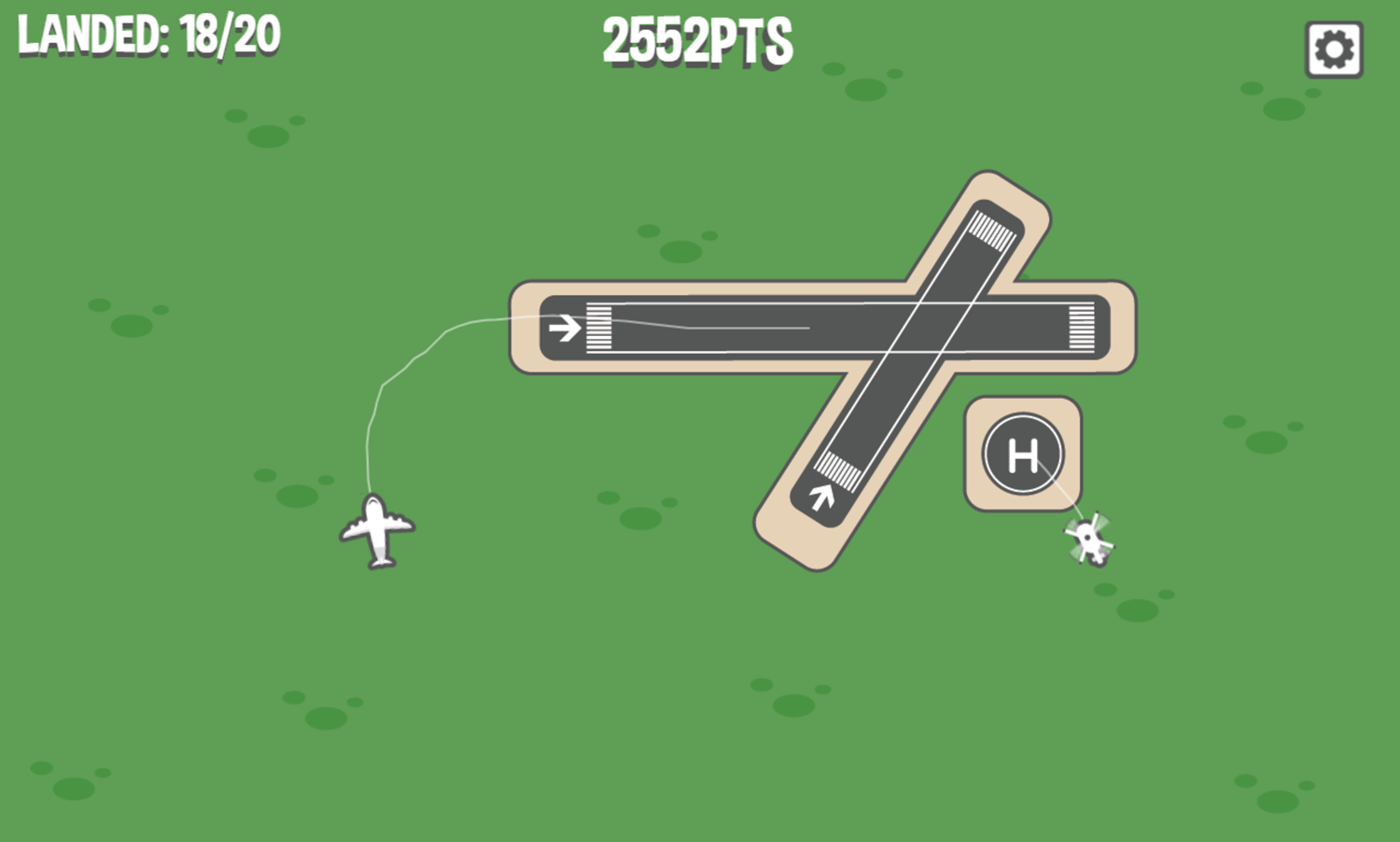 This is a simple air traffic control game where you must draw the flight paths of helicopters and airplanes landing at a busy airport.

Select the BEGIN button on the game's welcome screen to launch the level select screen.

Each level has a unique mix of aircraft which can include helicopters, blimps, airplanes, and jumbo jets.

The screen shows a red warning symbol where aircraft will enter the screen.

If any aircraft crash you lose the level, though you get unlimited free continues.

Select aircraft with your finger or your mouse left click button and drag to create their flight path line to the destination. Whenever you select a craft it will highlight where it should land.

You can also create temporary flight paths which are evasive and then create secondary or tertiary paths for them. If the screen gets overwhelming and hard to keep up with a good tip for staying organized is to have the same types of craft use similar flight paths to land.

Try to work most of your flight paths through the center area of the screen so you have more time to adjust them and respond when new aircraft enter the stage.

After you have landed the level goal the level is beat. When all the craft needed to reach the goal have landed or are in the air you will not have any other aircraft enter the level.