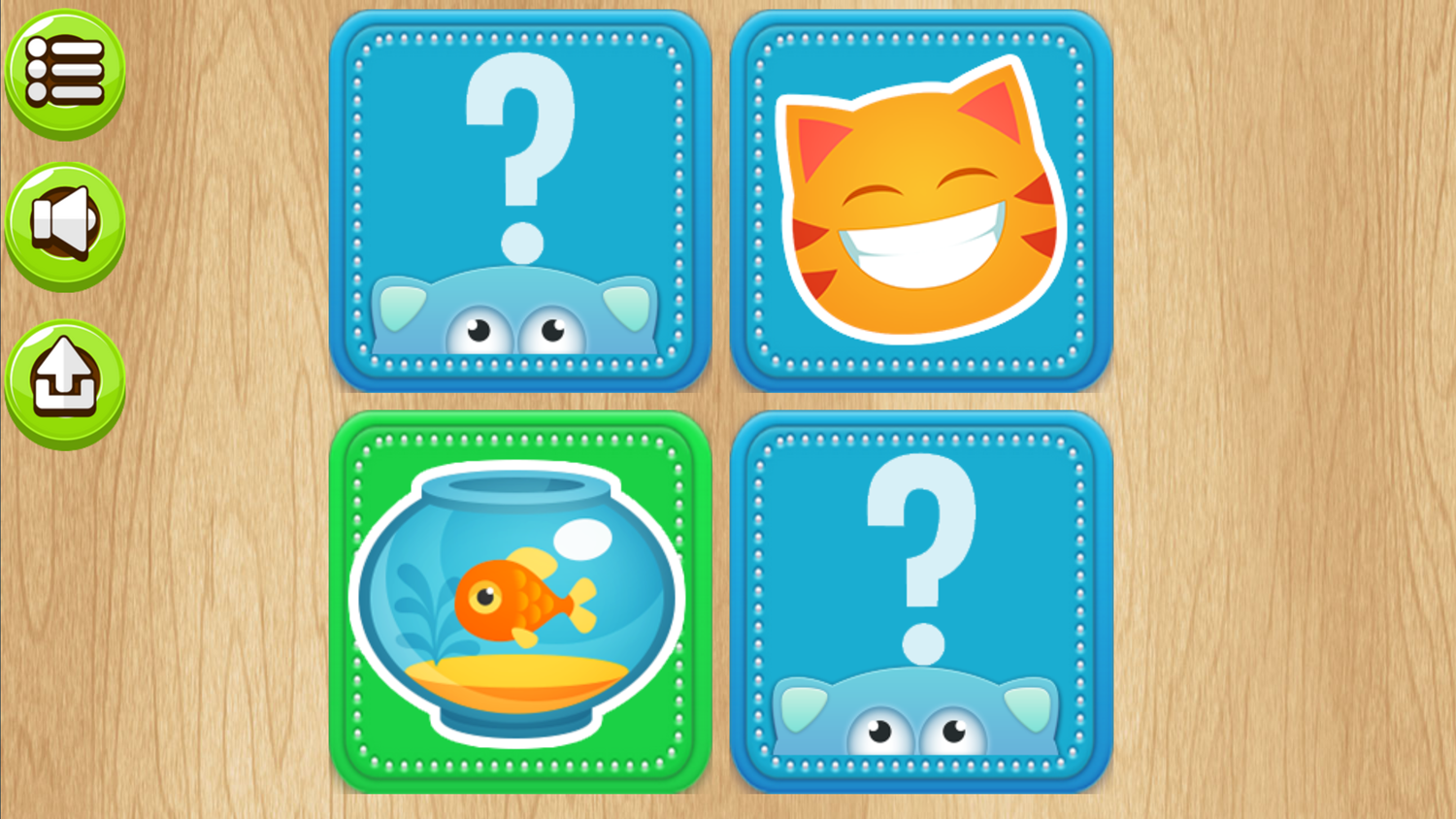 This is a memory card matching game where players match pairs of cards with the same animal on them. The game starts off quite easy with a 2 by 2 grid, then a 3 by 2 grid before advancing to a 3 by 4 level. Animals are drawn in a cute cartoon style. Background colors on the cards match for each animal, making it easier to remember where each animal was located. Some animals are repeated like a goldfish in a bowl and an isolated goldfish, but it is generally quite easy to distinguish them from one another.

Tap on the screen or left click your mouse to reveal the face side of each card. Remember what each card was and match pairs. As pairs are matched those cards are removed from the playing field. When all pairs are matched on a level the player can proceed to the next level. There is no time limit nor a limit to how many incorrect matches a player may make.