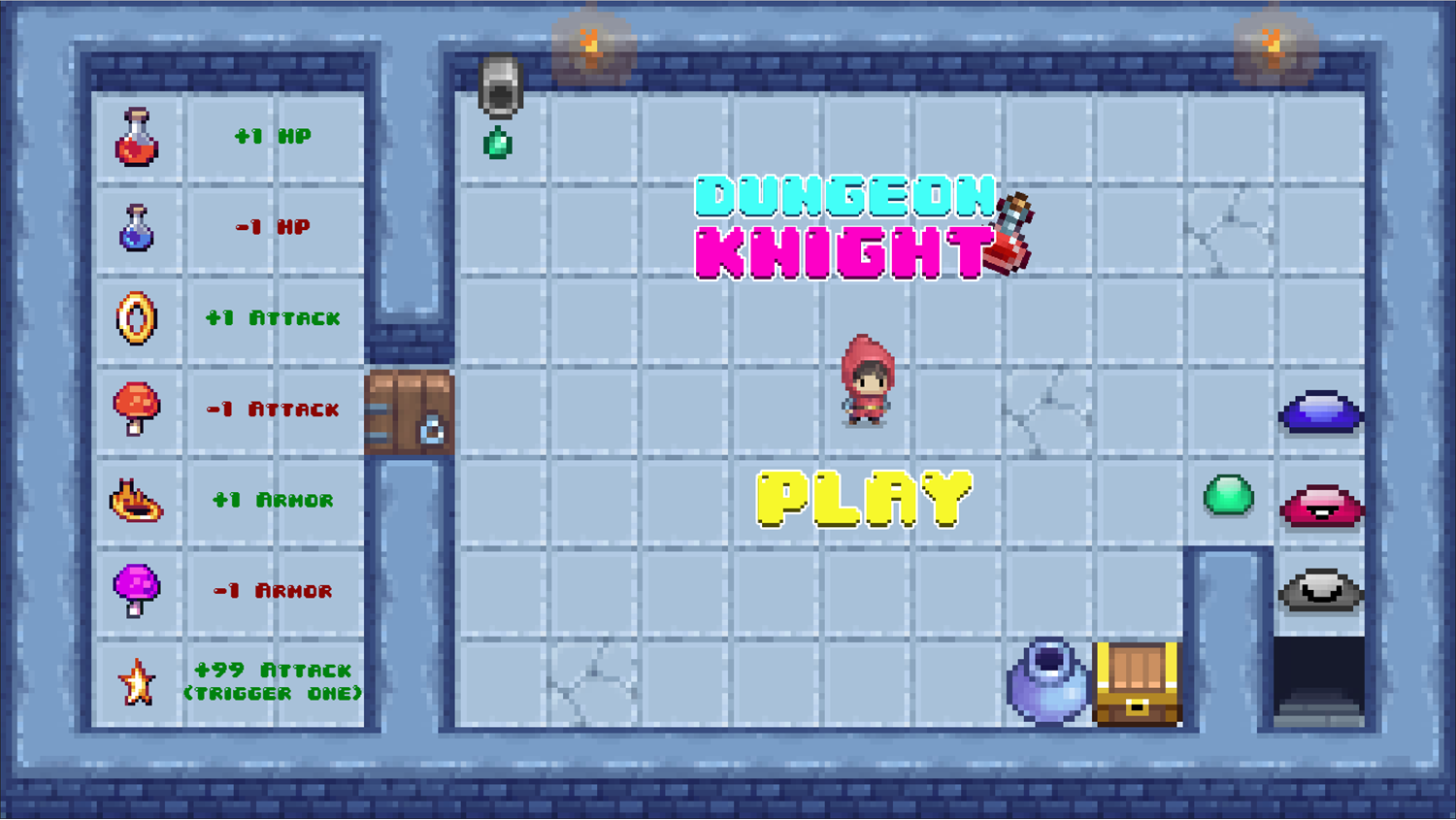 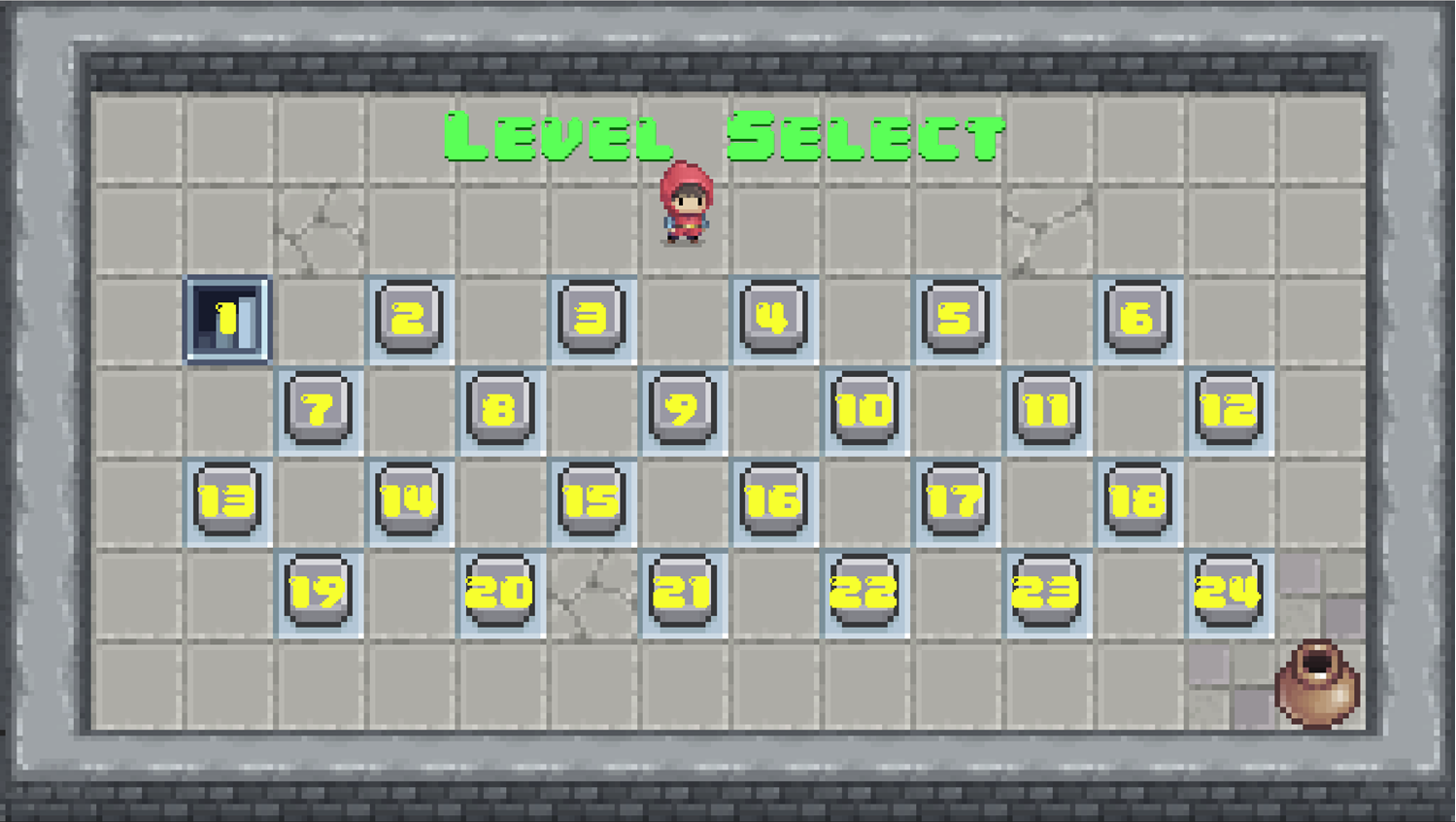 This is a 24-stage room escape game where players must collect power ups and fight off enemies to make their way to the level exit.

Use the arrow keys on your keyboard to move around the playing field. The goal is to make it to the level exit while still having hitpoints remaining.

You can not pass through walls or step on spikes.

Any monster you walk past you do not fight unless you stand on an adjacent square and try to move toward them.

This game is based on math & does not have random critical hits or random encounters baked into it.

The upper right corner of the screen has buttons four sound control, music control, restarting the level, and going to the level select screen.

Your health, attack strength, and defense are shown in the upper left corner of the game.

When you approach an enemy their health, attack strength, and defense are shown right of yours.

There are 4 different types of monsters in the game.

Monsters do not move to other squares to fight you & you only fight the monsters you move toward while standing on an adjacent square.

When you fight monsters you must do it in the correct sequence so that you maintain health.

If you are defeated by a monster you restart the current level at the beginning.

You have the ability to stack potions, rings, and stars.

If you have a defense of zero and hit a purple mushroom your defense score does not fall below zero.

Some levels have doors which require you to grab keys to unlock. You get the keys by defeating enemies.

Some levels have squares with an arrow on them, which indicate when you pass in a certain direction you can not move back across them in the opposite direction.

Many levels have a powerful enemy in front of the exit, which requires you to fight weaker enemies and grab other power ups first before you are strong enough to defeat them and make it to the exit.