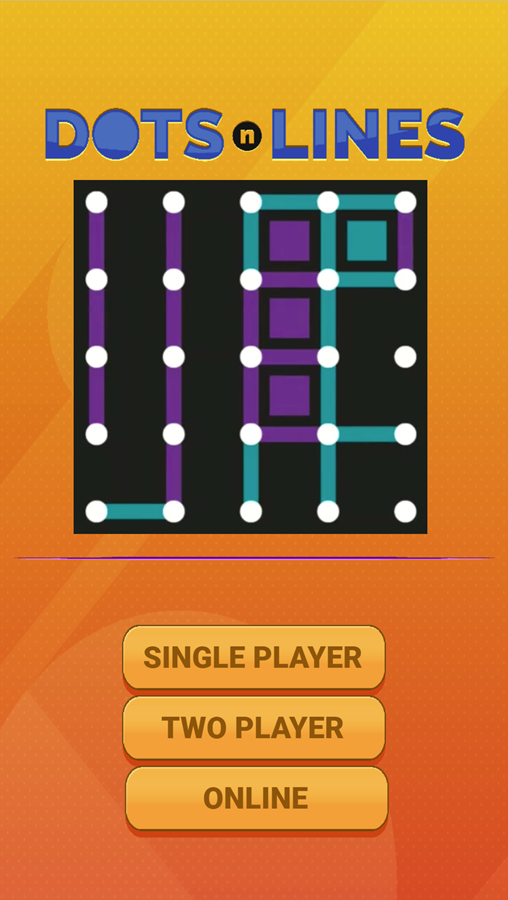 This is a simple logic puzzle game where 2 players compete against each other to see who can own more boxes by coloring them in by the time the last move is made.

You can choose to play against the computer, a friend at your computer, or a random opponent on the Internet.

Either tap on the screen or left click your mouse between two dots to select the dots on the matrix you would like to draw a line between.

Repeat the process until no more lines can be made.

Try not to create 3 lines around any area where your opponent will be able to add the fourth line and complete a box.

Anytime a player completes the final line on a box they color in that box to score a point & then they get another turn to play again.

Whoever has the most boxes owned at the end of the game wins.

The game has a 5x5 grid, meaning there are 16 boxes to be colored in & whoever gets more than 8 wins.