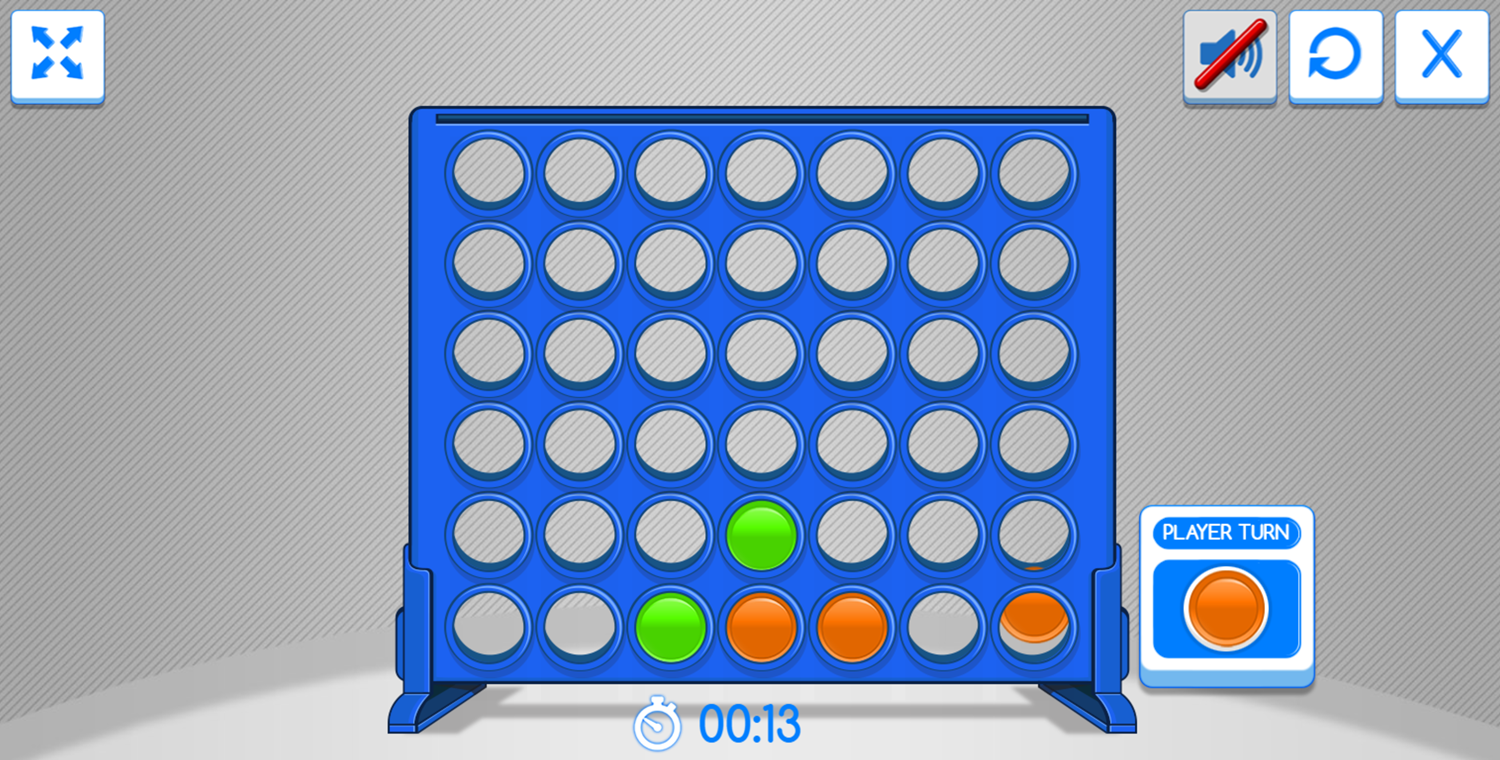 This is a simple online version of the board game where players try to get 4 of the same color in a row vertically, horizontally, or diagonally. Play against the computer or a friend.

Press the blue and white play button at the right of the welcome screen, then select the button to choose to play either against a friend on your computer or to play against your computer.

The game consists of a 7 wide by 6 tall grid in which orange or green pieces fall downward within whichever column they are played until they land on the bottom or another piece.

The game alternates turns laying pieces throughout the game, and the game also alternates who goes first on subsequent games.

In general most horizontal and vertical connect 4 oppoortunities are too easy for an opponent to notice & thus hard to make, so most wins are via a diagonal.

A great way to create a strong diagonal is to own the bottom center square position and then set an angled upward position on either side and work from there.

Another powerful set up to make in this game is a 2x2 grid of the same colored pieces, as it allows you to match to complete in many different directions.

When you have a near match complete be sure to lay pieces in other areas on the piece before the final move so that you force the opponent to drop the piece in a position where it enables you to make the final move over the top of it.

Unlike Tic-Tac-Toe which normally ends in a tie, you can typically beat the computer in this game in almost every game.