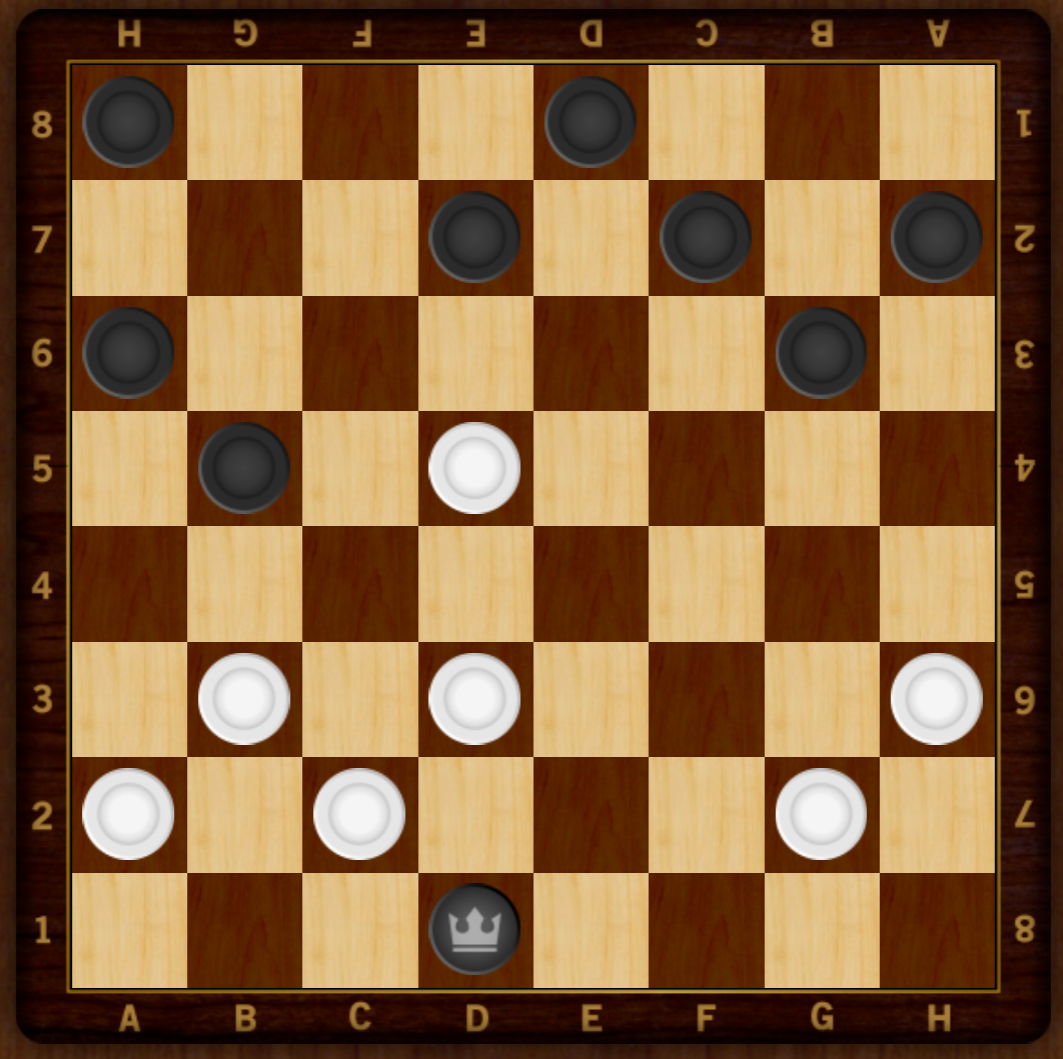 This is a simple online version of the board game checkers where a player can choose to play against the computer or a human opponent using the same computer.

The playing grid consists of a 8x8 grid of 64 cells.

Players move any of their 12 pieces at a diagonal and can only move forward at an angle.

Once your pieces have reached the other side of the board they are kinged, and can move forward or backward.

Select a piece you would like to move. This will highlight the potential moves you can make in blue. Select the cell you wish to move the piece to.

You can only move pieces into empty cell positions a single position, or move two pieces to jump an enemy piece and land in an empty cell.

The game ends when a player runs out of pieces or when they only have 1 piece left and can't move it.