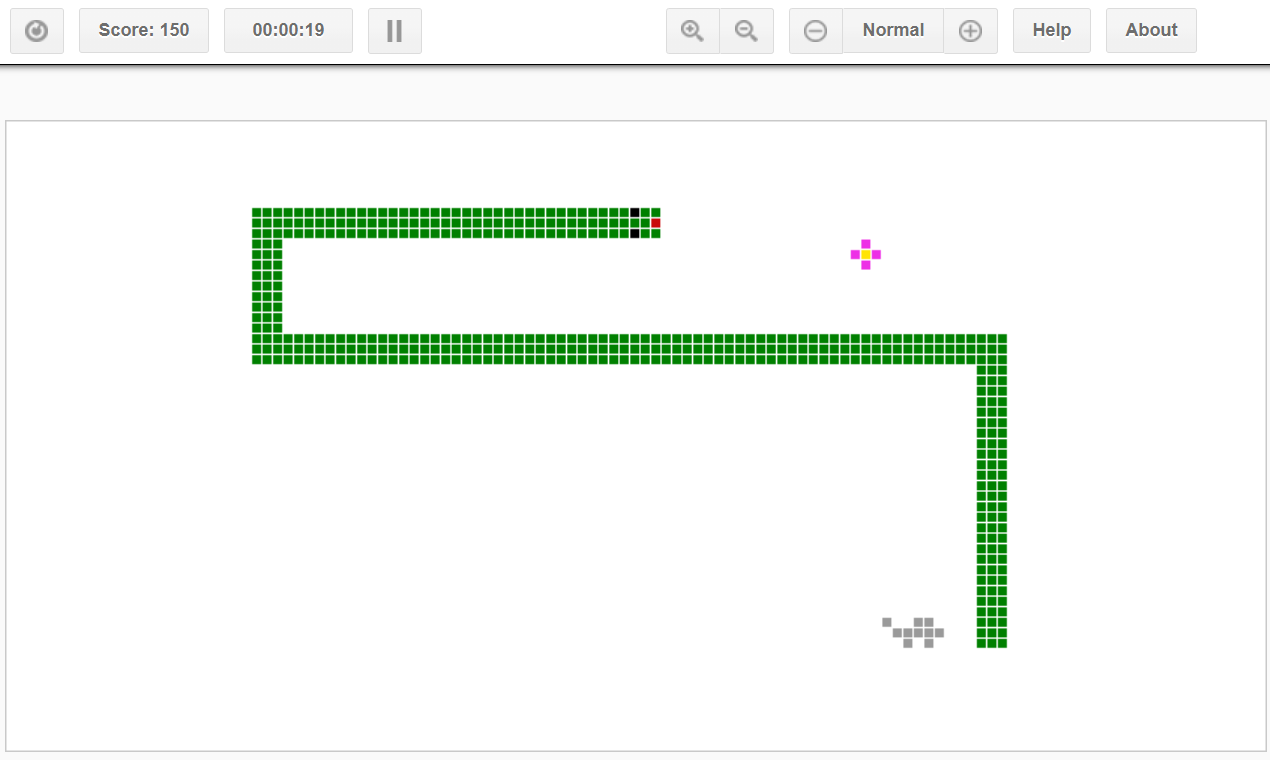 This is an aesthetically simplified version of the classic game snake.

You can use the magnifying glass buttons left of the difficulty select mode to make the canvas larger or smaller.

Use the arrow keys on your keyboard to change the direction the snake moves. You can also use the WASD keys for movement commands. The snake will keep going in whichever direction you command until it crashes into a wall.

Flowers are worth 10 points and the animals are worth 25 points. The flowers remain in place until you eat them, then another flower is shown. The animals disappear quickly.

Each time you eat the snake gets longer, making it easier to accidentally run into yourself.

The game lasts until you run into one of the edges of the screen, or your head runs into another part of your snake.

Try to align the flowers while far away so that you do not have to make mutliple rapid movements in short order as you approach it. Be careful when flowers are near the border of the canvas.