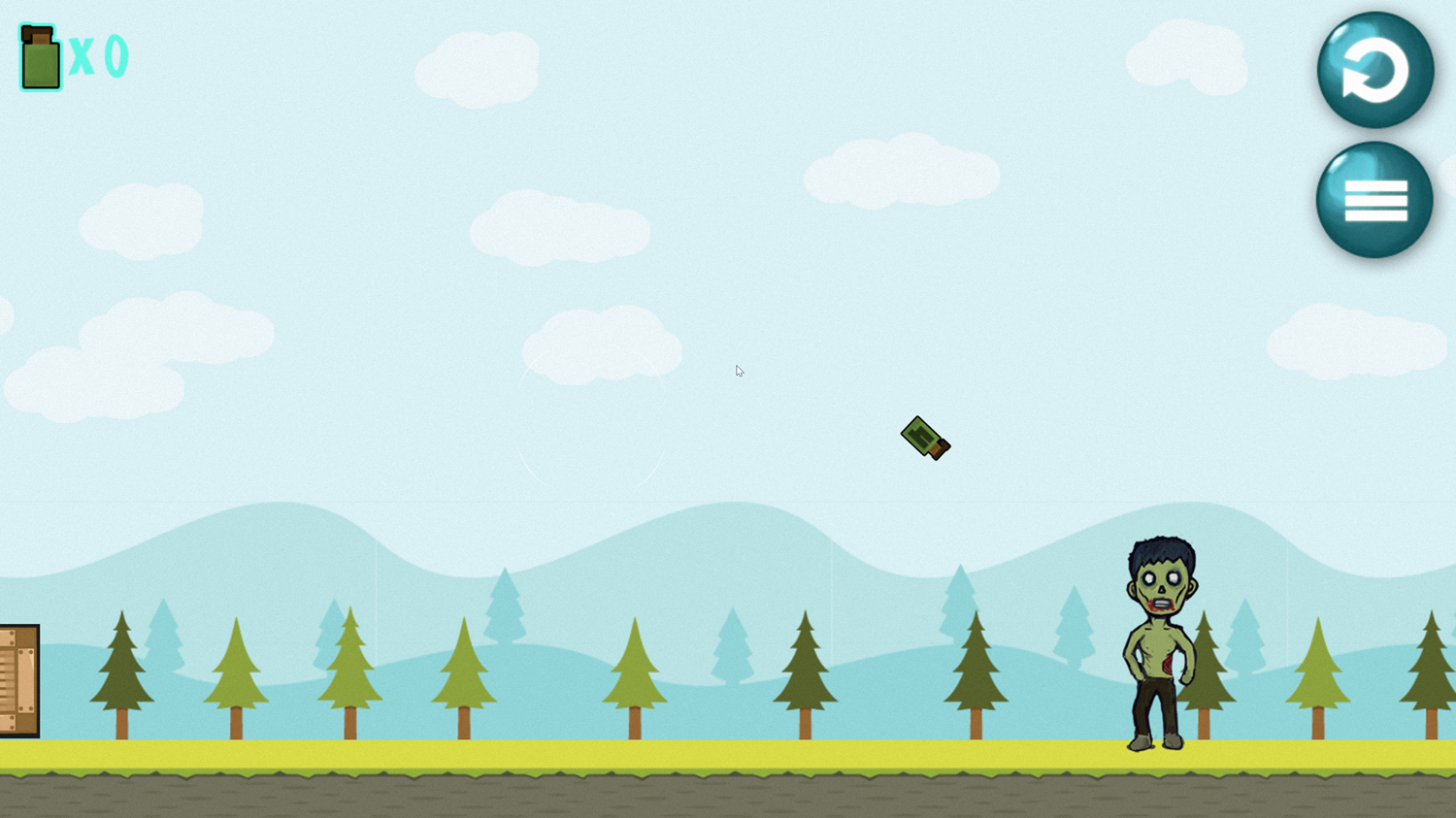 This is a simple 21 stage level destruction and zombie fighter game where you throw grenades to try to take out all the zombies on each level.

Set the mouse cursor to adjust the throw angle and arch, then release to throw each grenade.

You can control the general arch and strength of the shot, but how your grenade ricochettes when it hits something largely comes down to luck.

If your grenade blows up with a block between it and the zombie then the zombie will not be destroyed.

You can blow up wood blocks but can not blow up rocks.

Launched grenades have a 5 second countdown before they explode, so you need the grenades to come to rest next to the zombies.

You get 5 grenades to beat each level.

You collect stars by having a grenade run into them. You must collect any stars before destroying the last zombie on each stage, as when all the zombies are defeated the level is complete.

Conversely, if you collect all 3 stars but do not defeat all the zombies on the level you will lose the level and need to collect the stars once more.

This game has 21 stages which are unlocked based on how many stars you have obtained.

If you lose a level you can replay it an unlimited number of times. You can replay a previously beat level to try to earn a higher star rating on it.

Levels are unlocked based on your cumulative star count. For example, playing the tenth level requires you to have collected at least 25 of the 27 stars from the previous levels.