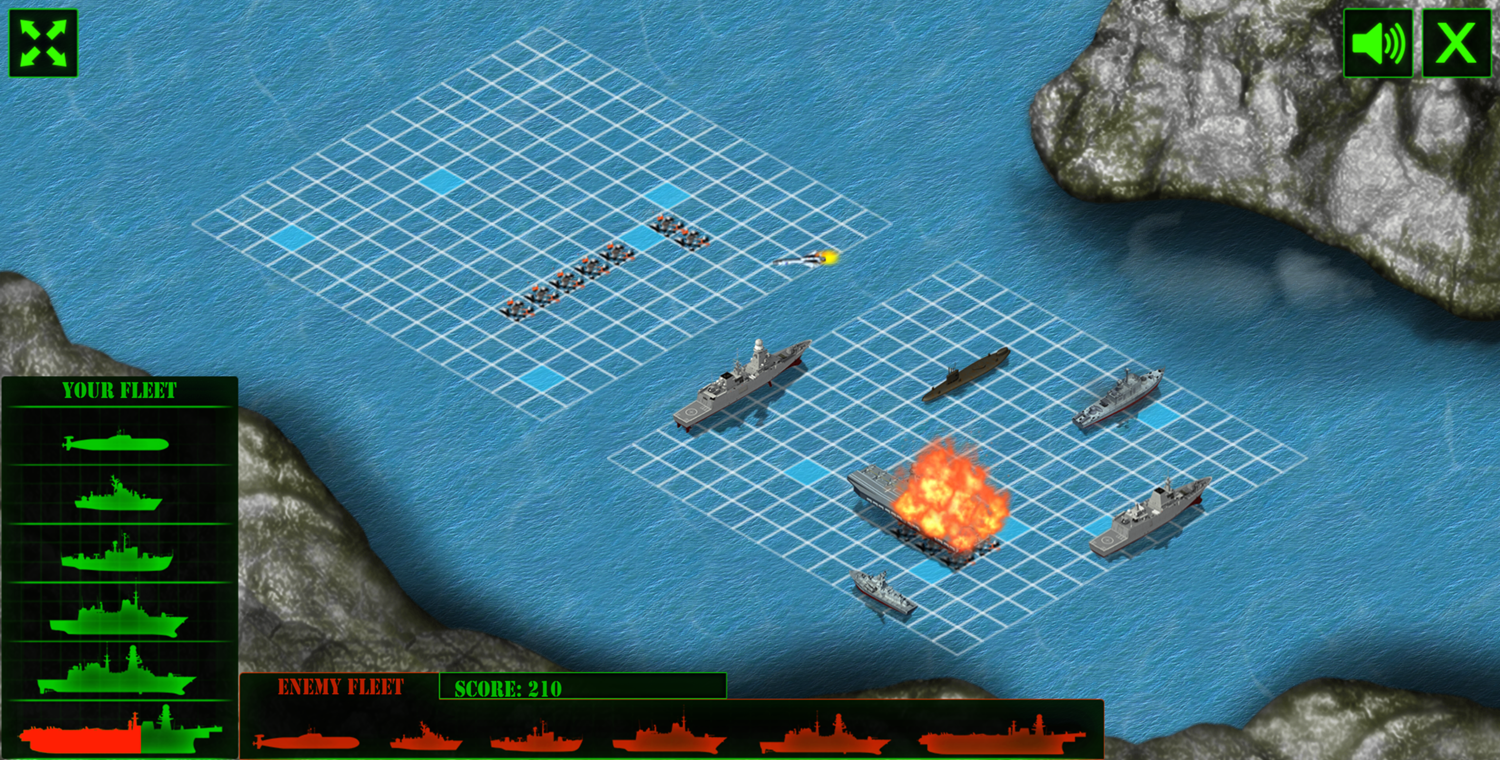 This is a simple isometric online simulation game where you play against the computer to try to blow up their fleet before they destroy your fleet.

Select the play button in the center of the game's welcome screen then choose to play in either classic or advanced mode.

Drag your 6 ships from the left side of the strategy panel into the game area. You can click the random button in the upper right corner to use it as a starting point.

Select the positions of the ship in the grid and select the turn button with arrows on it in the right to rotate a ship.

You can remove a ship from the grid by selecting it and moving it back toward the left side of the screen, or click on the garbage can icon to remove all.

It is best to not place ships directly next to each other so that when an opponent finds one ship they do not run into the next ship which is near it.

You take turns shooting one missile at a time, rotating between you and your opponent.

Your grid shows a red marker whenever you hit a ship & a green market where ever you have fired that did not hit a missle.

When you damage an entire ship it will show a red X in each square of the ship and each adjacent square will be green (as ships must have at least 1 cell of space between them). If the ship squares do not show as red it means you still have to hit them more.

Whenever you hit a ship keep shooting the adjacent squares in whichever direction is returning more red cells until you have the ship destroyed.

As you shoot ships you will earn points. In advanced mode these points can be used to purchase power ups.