First enter an initial investment. Then provide a weekly, monthly, quarterly, or annual deposit you plan to make. Finish up by including your account’s annual interest rate and an average inflation rate. Press CALCULATE and you’ll see how many years it will take before your account reaches $1 million. But don’t get too excited. You’ll also see what that future $1 million will be worth in today’s dollars.

The following table shows current rates for savings accounts, interst bearing checking accounts, CDs, and money market accounts. Use the filters at the top to set your initial deposit amount and your selected products.

Know the Stats: How to Become a Millionaire 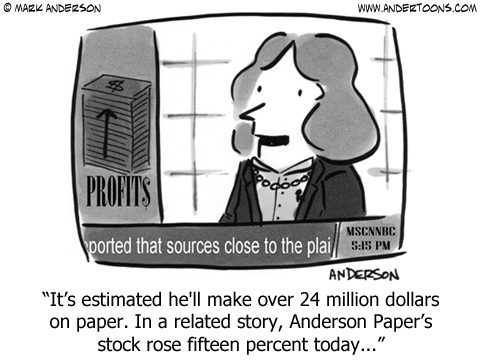 If you believe you'll be a millionaire someday, you belong to a very optimistic minority of Americans. A 2011 AP/CNBC poll revealed that two in 10 Americans believe they will have $1 million in assets or more in the next 10 years. The rest of America isn't as hopeful; over 60 percent said it is "very unlikely" that they will become millionaires, and 61 percent said it is "very difficult" or "extremely difficult" to become a millionaire in the United States these days.

Unfortunately, the grim outlook of the poll's pessimists is closer to reality than the view from the rose-colored glasses of the optimists. Just one in 20 U.S. households has $1 million or more in investable assets. Indeed, the median household net worth in the United States is just $81,200, according to the Fed's Survey of Consumer Finances.

In spite of these odds, hope springs eternal and statistics certainly shouldn't deter anyone from pursuing the dream of becoming a millionaire. In fact, knowing millionaires' statistical and demographic profiles might actually help you in your quest to become one. Read on for the numbers every aspiring millionaire should know.

About 4 million Americans are millionaires, according to the 2014 World Wealth Report. Globally, there are 13.7 million millionaires. Wannabe millionaires will find the next statistic heartening: Last year, two million people worldwide became millionaires, which is a 15 percent increase from 2013. Here are some other stats on American millionaires from Thomas Stanley's The Millionaire Next Door:

Millionaires Get an Education

This trend of higher education among the wealthy also extends into the echelons of billionaire status. Of the 234 billionaires in the United States, 100 have a degree beyond a bachelor's, according to Forbes. Back to the lowly millionaires, 83 percent never even attended a private school. So although millionaires prioritize and obtain an education, they didn't necessarily get it at the most prestigious, elite schools.

One of the millionaires Thomas Stanley interviewed for his book was a Texan who pointed out that the truly wealthy live modestly to save money. Those who live the life of luxury often end up with "a big hat and no cattle." Stanley found that most millionaires drive domestic vehicles, few of which are the current model year, and generally live considerably below their means.

Investments are another story. Millionaires invest at least 15 percent of their income each year and devote a considerable amount of their wealth to their businesses. Further, 79 percent of millionaires have at least one account with a brokerage company, but most of them make their own investment decisions.

Without question, becoming a millionaire is hard work. Most millionaires have earned their status not through inheritances, luck, or windfalls, but through advanced degrees, entrepreneurship, saving, and investing. Now that you know the math behind the millions, you can try to up the number of American millionaires to 4,000,001 with your success.