Reverse Due Date: Conception, Symptoms, and Facts About Childbearing

Oftentimes, women don’t know exactly when they got pregnant. To help women and couples, this calculator was designed to estimate when their baby was conceived.

If you plot in a birth date, it will give you a range of 5 days that indicate when a baby was likely formed. It’s also a good tool if you want to get a sense of what month and week you were conceived.

What You Need to Know About Conception 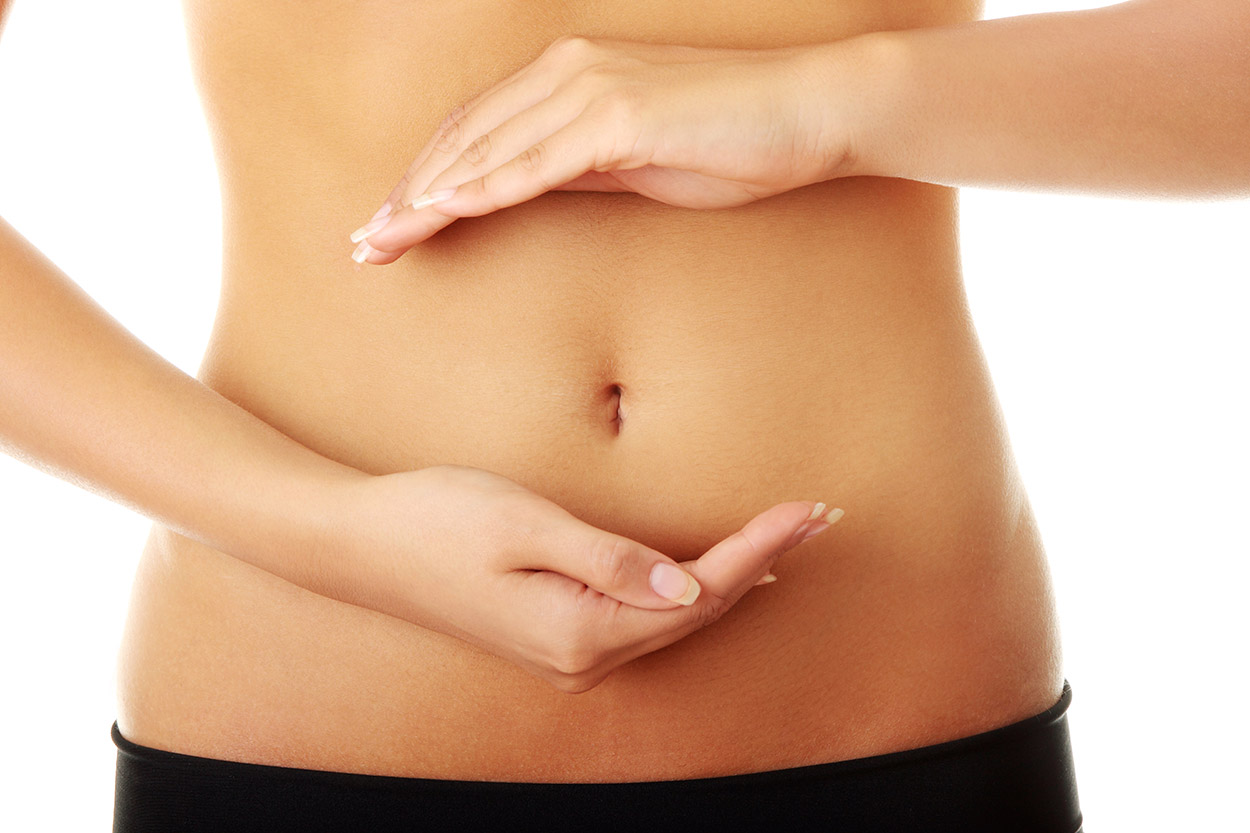 According to Web MD, doctors count the beginning of a pregnancy from the first day of a woman’s last menstrual period (LMP).[1, 2] That’s around 2 weeks before conception even occurs.

It may sound strange, but your last period is considered week 1 of your pregnancy even if you weren’t pregnant yet. This is because pregnancy due dates are based on the 28-day ovulation cycle.[3]

Moreover, the date of conception does not necessarily suggest it’s the time of intercourse. Rather, it refers to when a baby was formed, which means it occurs at the point of fertilization.[4]

Conception transpires once a sperm reaches an egg that’s released by the ovaries. Research shows sperm has around 24 hours to fertilize an egg before it is no longer viable.[5] Sperm cells remain active for 48-72 hours, which means conception can occur 24 hours or so after intercourse.

During fertilization, the baby’s full genetic makeup is determined. In time, its development will reveal if your child is a boy or a girl.

In Relation to Pregnancy Due Dates

While the 28-day ovulation is a good basis, it can be confusing for women who do not have regular periods.

However, if you’ve established the period of conception, it gives you a better idea of how far along you are into your pregnancy. This helps you determine what month and week you’re due to give birth.

Signs of Pregnancy and the Process of Childbearing 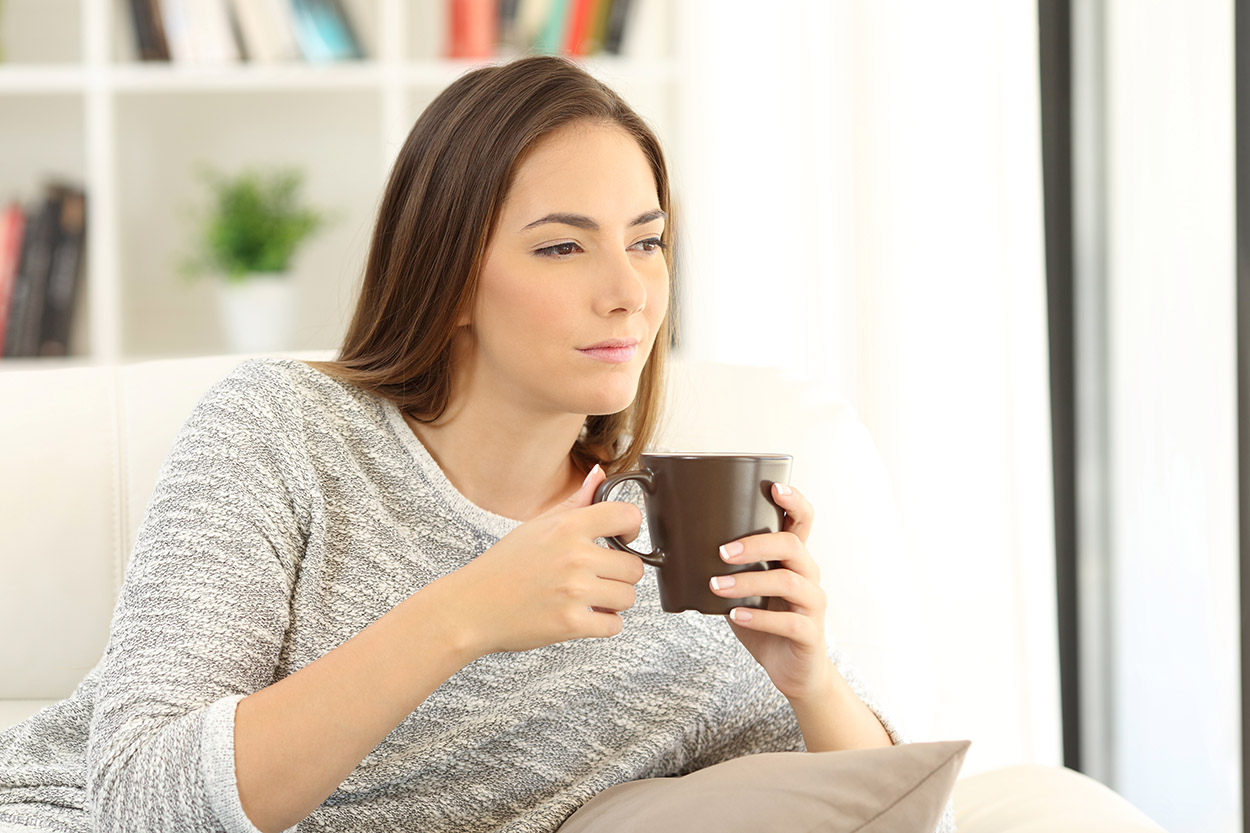 Pregnancy tests and ultrasound screenings are the best ways to know if you’re pregnant. However, there are signs and symptoms you should watch out for, especially if you’re planning to have a baby.

Most women don’t suspect they’re pregnant until they miss their next period. But Healthline states some women may feel symptoms as early as 8 days past ovulation (DPO).[6]

If you take a pregnancy test this early, it usually returns as negative. That’s because your body has not yet produced enough pregnancy hormones to be detected by tests.

How soon can home pregnancy kits tell if you’re pregnant? The best time to take it is after a missed period. Home pregnancy tests measure a hormone called human chorionic gonadotropin (hCG) in the urine.

However, take note that urine has fewer measurable hormones than blood. It’s not the most accurate pregnancy test. You may still get a negative result, so it’s best to get tested in a clinic.

After a missed period, women are likely to notice different sensations in their body. Below is a timeline of symptoms women usually experience during the first 12 weeks of pregnancy:[7]

You may dismiss pregnancy symptoms as tiredness or a simple headache. However, expecting women should pay closer attention to the following signs:

At this stage, the fertilized egg implants itself in the lining of the uterus called the endometrium. It usually happens between 6-12 days after conception.

This causes implantation bleeding (IB), which can easily be mistaken for a light period.[8] It may be worrisome for mothers, but the bleeding is normal and does not pose any risk to the baby.

How long does it last? Implantation bleeding may last for a few hours up to 3 days.

Here are the common signs of IB:

Heavy bleeding, on the other hand, is linked with vices like alcohol and smoking. If you suspect you’re pregnant, avoid these substances asap. 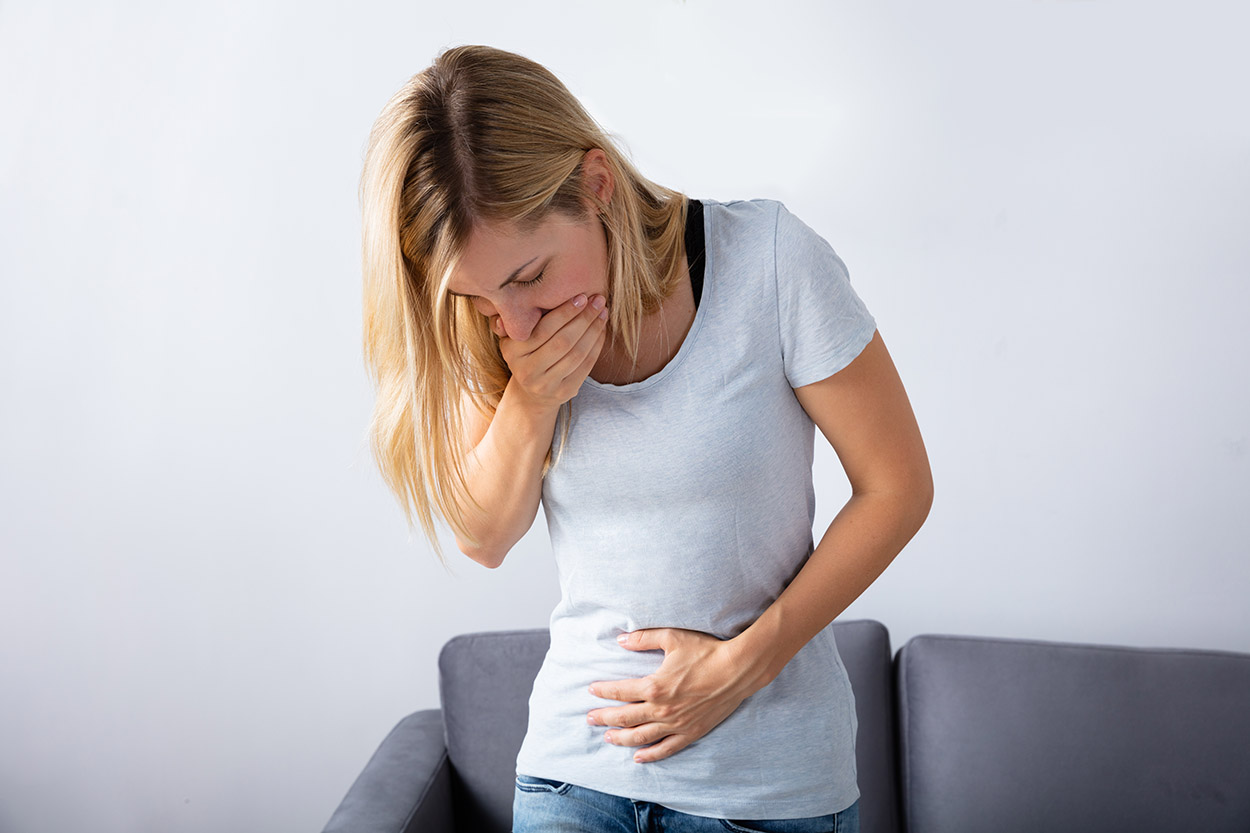 Though it’s called ‘morning sickness,’ this symptom can happen anytime during the day. Women may experience nausea or vomiting around 4 – 6 weeks of gestation. An estimated two-thirds of women get morning sickness during the first trimester of pregnancy.

No one knows exactly what the cause of morning sickness is. But it might have something to do with drastic hormonal and other bodily changes.

In a 2000 study published in the Quarterly Review of Biology, researchers theorized that morning sickness is a mechanism that helps protect mothers and unborn babies from ingesting toxic food to prevent infections.[9]

Moreover, the paper mentioned that it’s a marker which indicates pregnancy to sexual partners, signaling reduced sexual behavior and increase in protective characteristics. However, that hypothesis was not thoroughly supported by the data.

During early pregnancy, your body produces more progesterone to condition the uterus for the baby. The increase in progesterone will also make you feel way more tired.

At this point, it’s common to feel unrested even after going to bed early. While many women experience fatigue during the first trimester of gestation,[10] some report it to last for the entire duration of pregnancy.

Make sure to get lots of quality sleep. Your body temperature also rises when you’re pregnant, so you’ll likely feel restless. It helps to keep your room cool so you can fall asleep more comfortably. 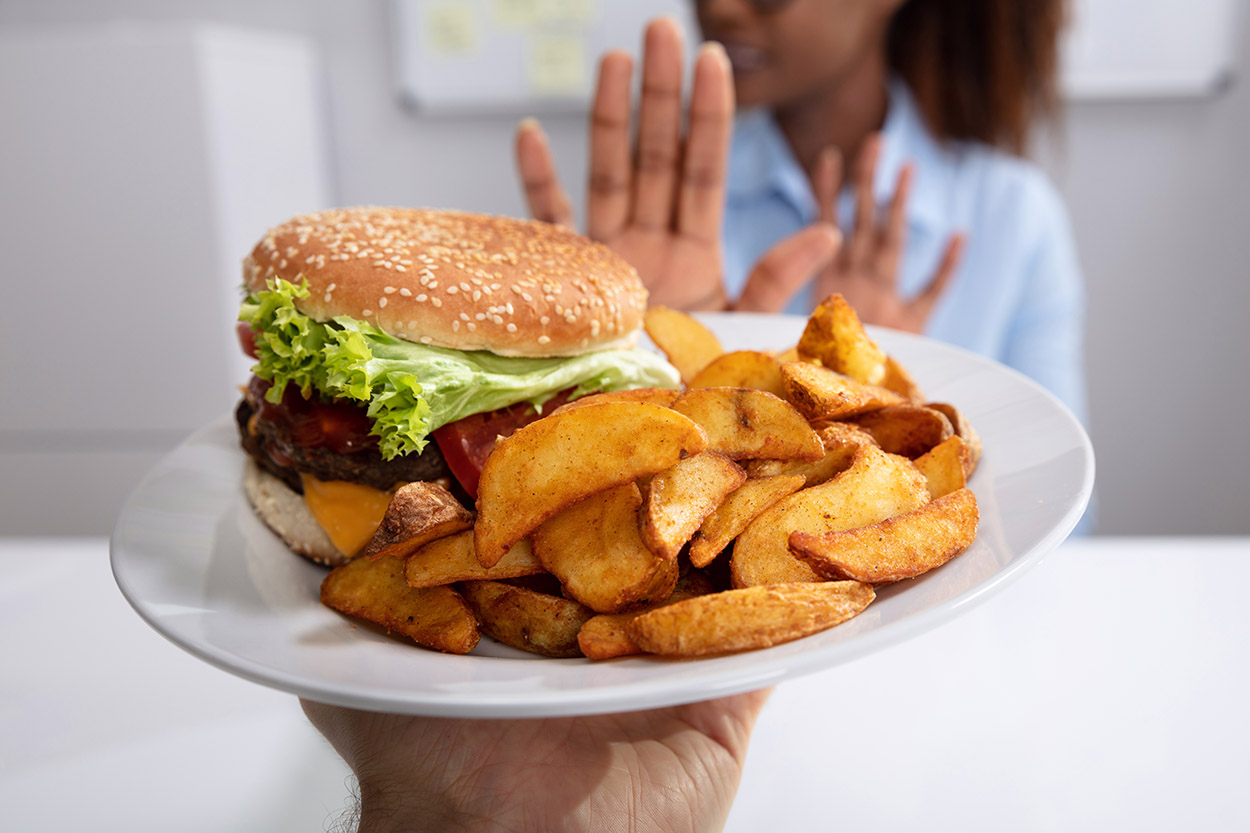 If you’re pregnant, you may notice disliking certain foods you used to enjoy. Likewise, you may find other foods to be more appealing when you previously did not crave them.

When it comes to smells, women report being more sensitive to odors. A 2014 study reviewed data from pregnant women dating from 1922 to 2014, and researchers found that women usually rated odors stronger during the first trimester. [11]

Hormonal changes cause breasts to feel tender and swollen. Though it usually goes away after the 4th or 6th week, women can still experience it around 11 weeks.

The area around your nipple, called the areola, can grow darker. Breasts can also grow larger as you proceed with your pregnancy.

To ease breast tenderness, you can get specially designed maternity bras for support. A soft cotton bra without stiff underwires is a good choice. You can also get breast pads to reduce soreness around nipples. 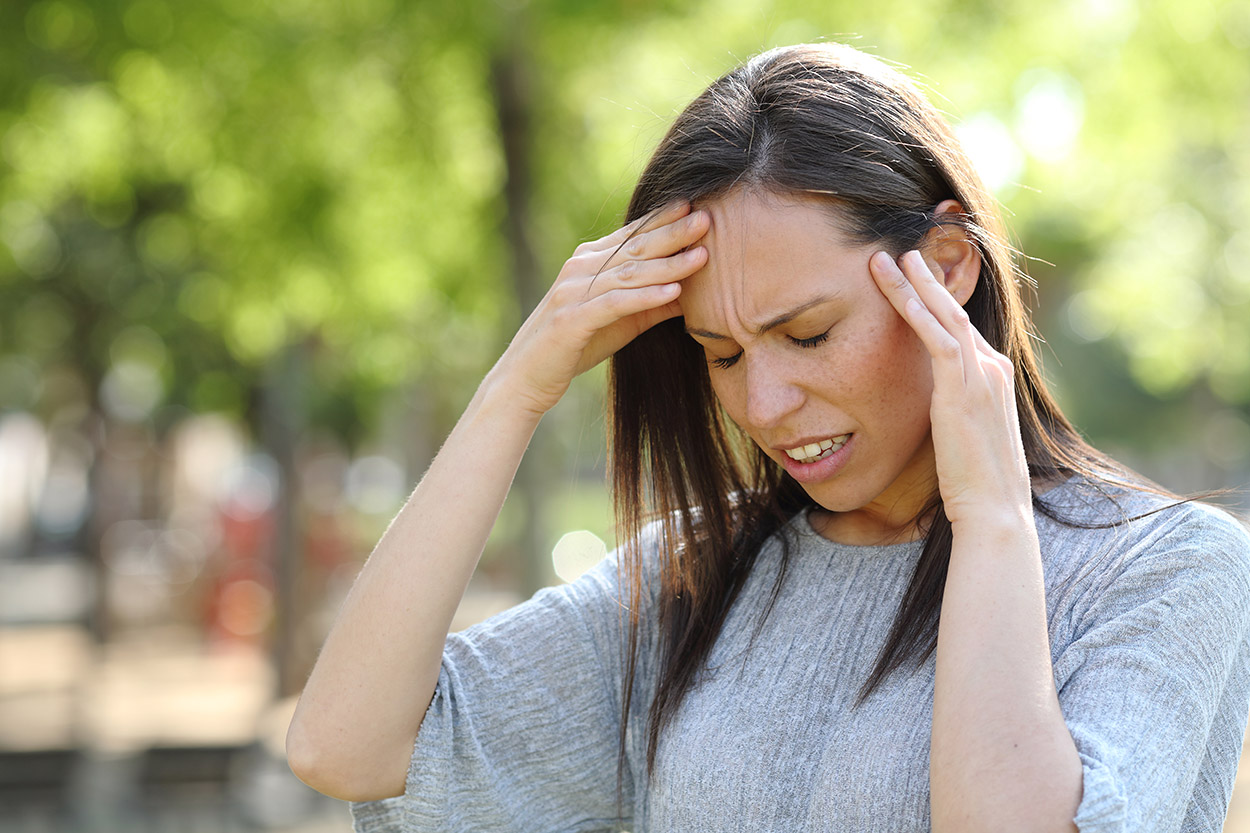 Women’s bodies adjust a great deal to make way for a baby. They go through hormonal changes, including blood circulation and volume changes throughout their body.

Your blood pressure may also shoot up, especially if you have underlying conditions. For these reasons, it’s common to experience dizziness and headaches during pregnancy.

To manage dizzy spells and migraines, it helps to keep yourself well hydrated with water. Consult your doctor for safe diet or exercise routines that can help lower your blood pressure.

To avoid dehydration, drink plenty of water. To steer clear of bathroom mishaps, make sure there are available restrooms wherever you are going. Avoid long trips and plan your bathroom time ahead.

Acne and the ‘Pregnancy Glow’ 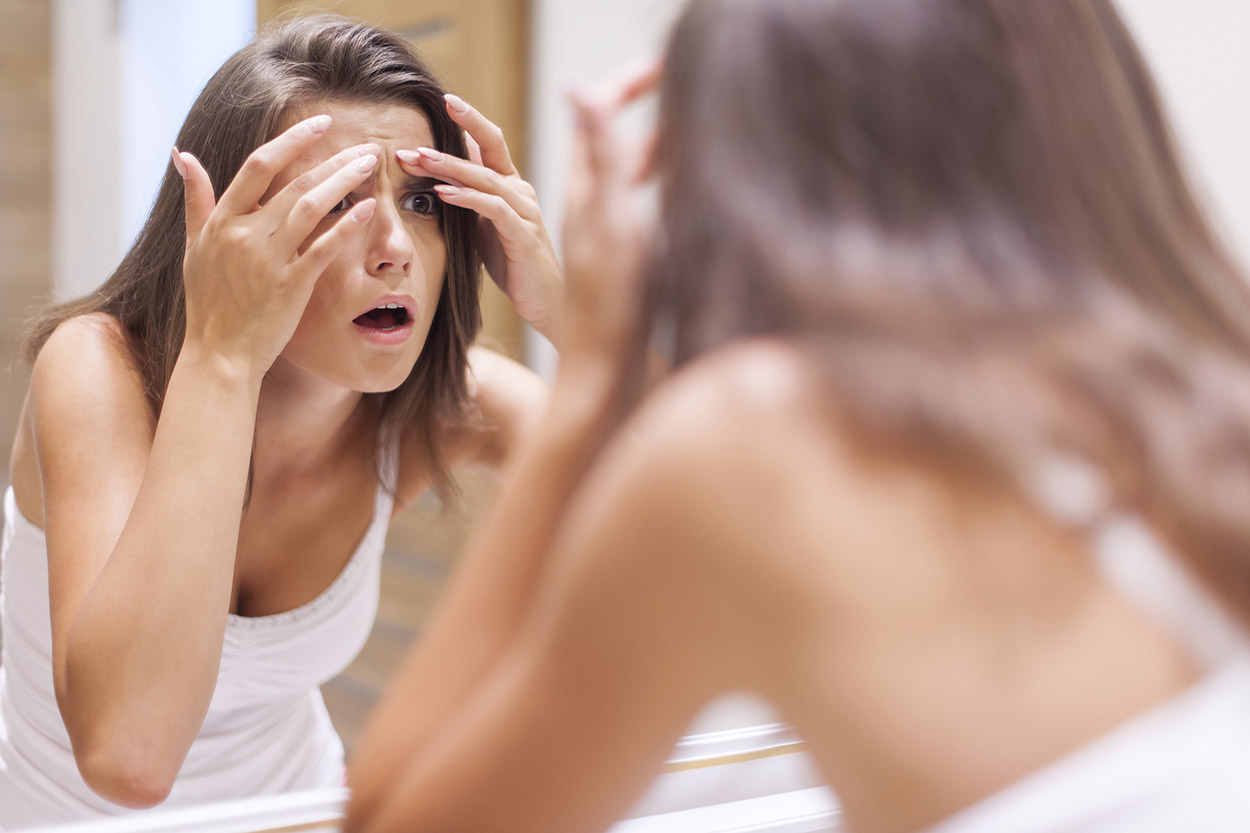 This causes more moisture, which may make your skin look glowing. However, it can also lead to the development of more acne.

To ease bowel movement, drink more water and eat fiber-rich foods. Avoid carbonated beverages and foods like beans and dairy that can lead to more gas. 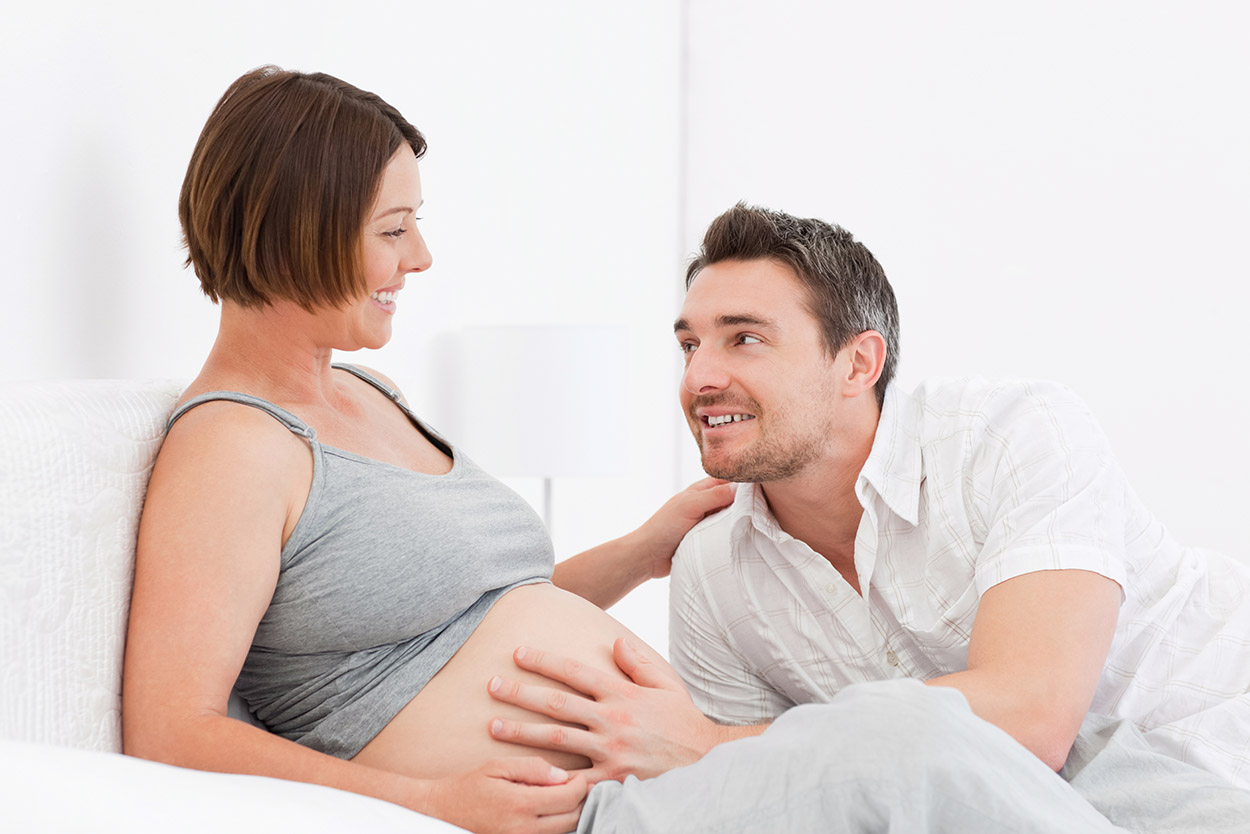 So many changes happen in a woman’s body just to make way for new life. The most apparent transformations include weight gain, a larger tummy, and lower energy levels.

According to a Live Science article by C. Nierenberg, women experience the following health changes during pregnancy:[12]

Being pregnant can really be uncomfortable. In some cases, other women develop gestational diabetes, which occurs in women who were previously not diabetic.

But with steady support from family, these conditions can be managed. Just remember to see your doctor regularly to keep your condition in check. 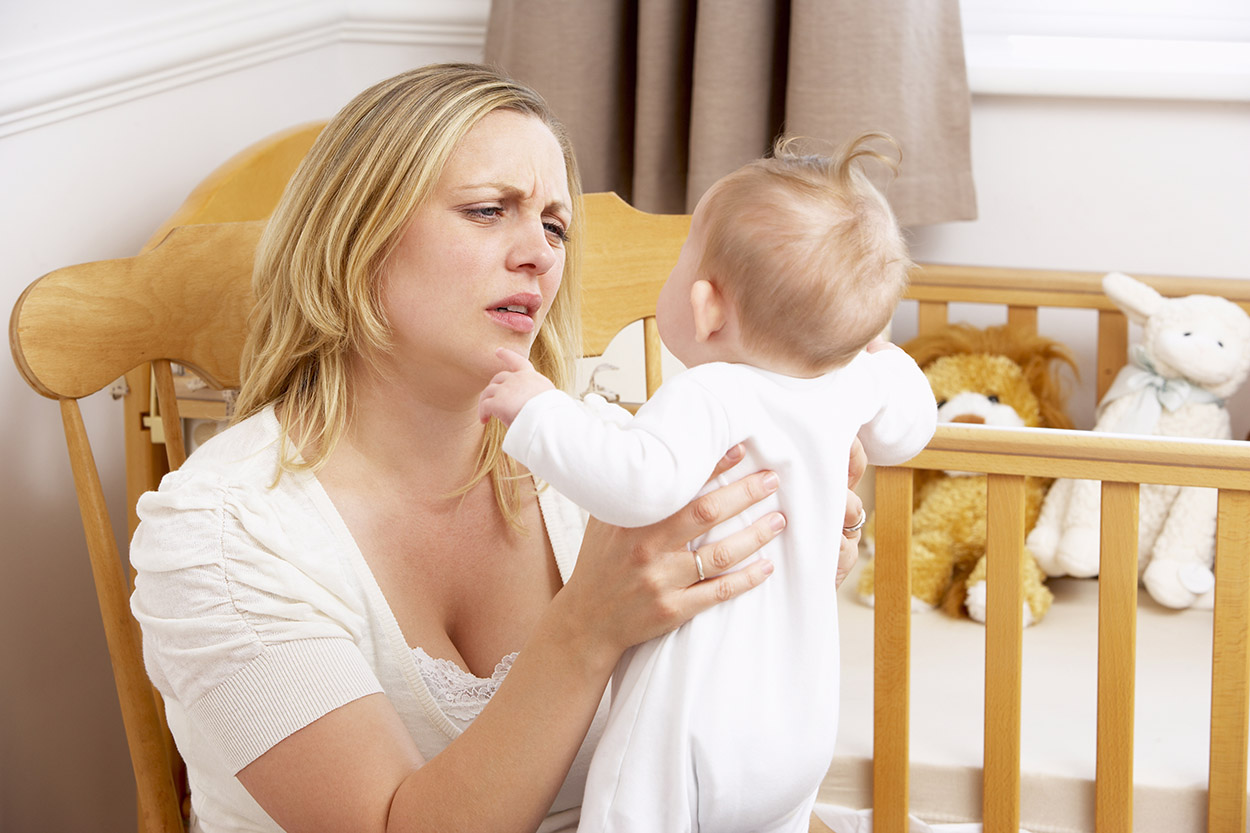 Since pregnant women go through drastic physical changes, their bodies take a while before going back to normal. Even after a baby is delivered, a woman’s body undergoes many post-partum changes.

However, sometimes mothers go through long-term depression after childbirth. When this happens, it’s referred to as postpartum depression.[14]

The condition not only affects a mother’s emotional and psychological well-being, but it may keep her from functioning and caring for her baby. But with proper treatment, mothers with postpartum depression can get back at their feet. 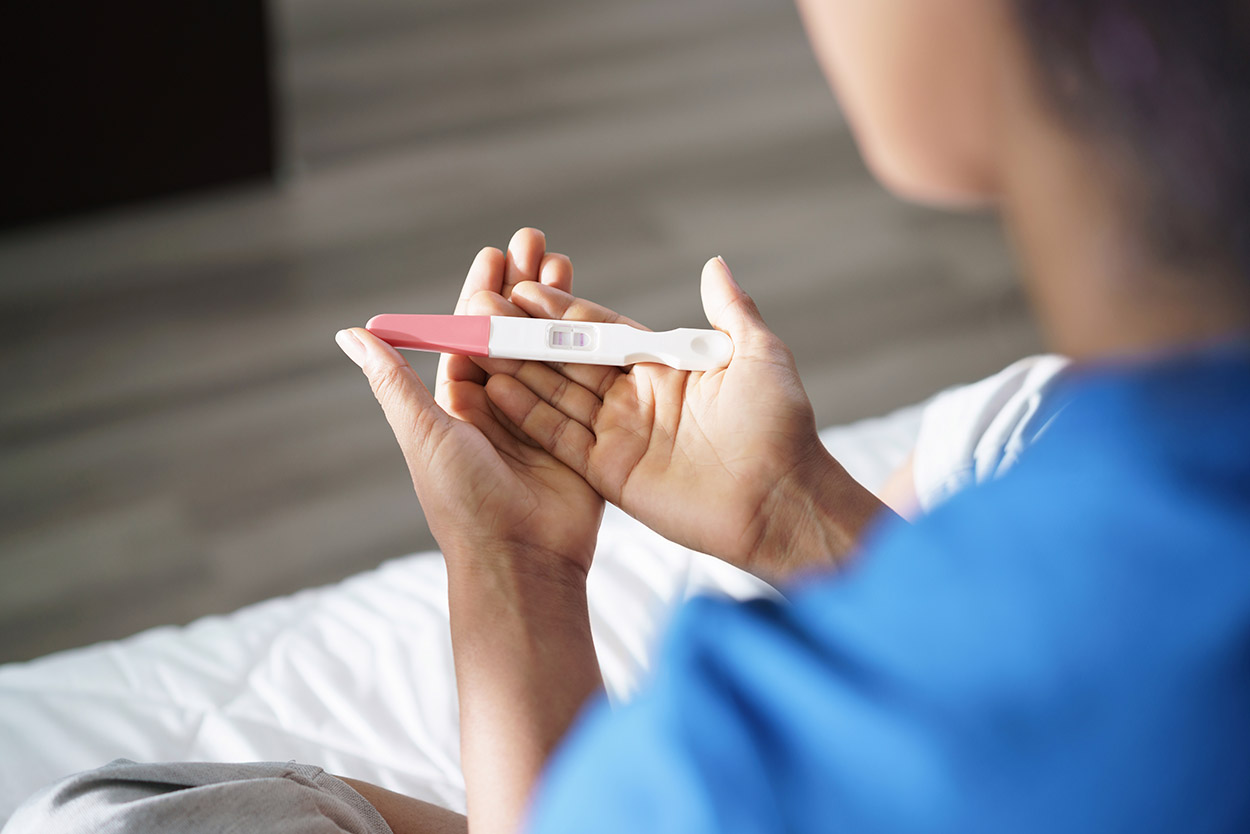 According to the National Center for Health Statistics, the following U.S. birth statistics were gathered in 2017.[15]

The Centers for Disease Control and Prevention (CDC) states that though the reasons for the decrease in birth rate are unclear, there’s evidence that suggests it may be due to more teens abstaining from sexual activity.[16] Also, more adolescents are using birth control methods compared to previous years.

If anything, this data shows how good sexual health and family planning is being well proliferated over the last 5 years.

U.S. teen pregnancy rates are among the highest compared to other progressive countries. In an older survey dated 2008-2011, the U.S. ranked the highest in teen birth rates, with Denmark having the lowest cases of teen pregnancy.

Below is a table referenced from Internationalcomparisons.org.[17]

Using a reverse due date calculator can help you estimate when your baby was conceived. This is especially accurate if you have a regular 28-day menstrual cycle.

Women undergo so many physiological and psychological changes during and after gestation. It’s important to pay attention to symptoms so you can reduce stress throughout and after your pregnancy.

Finally, see your doctor for regular appointments. It’s important to keep track of your pregnancy to ensure both your and your baby’s health.

Working as a health writer since 2016, Corin is interested in longevity research and how to improve the quality of human life. She holds a Master’s degree in Creative Writing from the University of the Philippines, one of the top academic institutions in the world, and a Bachelor’s in Communication Arts from Miriam College. Her other feature articles can be read on Inquirer.net and Manileno.com.