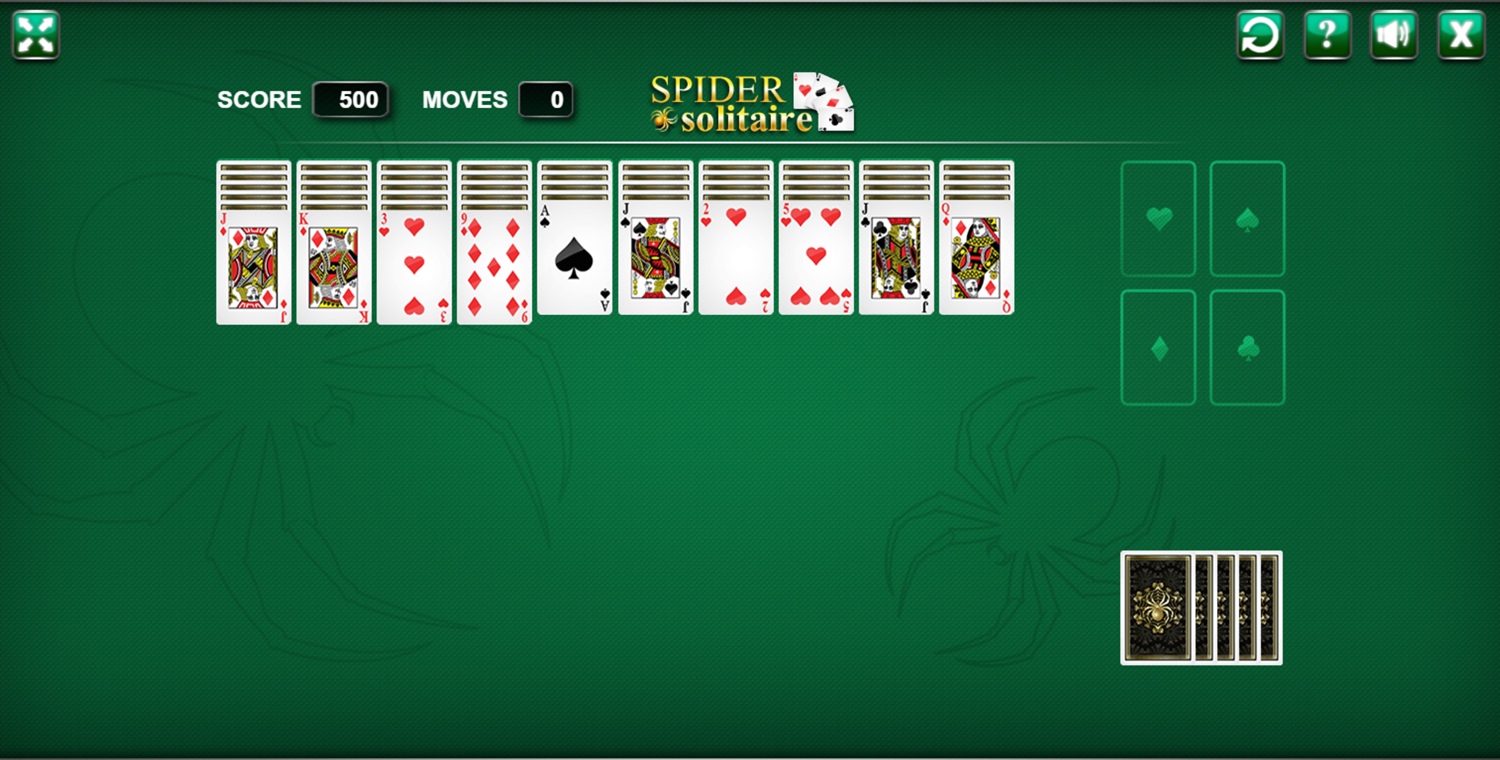 In this game players shuffle through the card deck to try to remove cards from the playing field which are one higher or lower than the the top card showing on the waste pile of the deck.

How to Play Spider Solitaire

Buttons across the top of the screen allow the player to expand the game to full screen, restart the game, read playing instructions, turn music on or off, and exit the game.