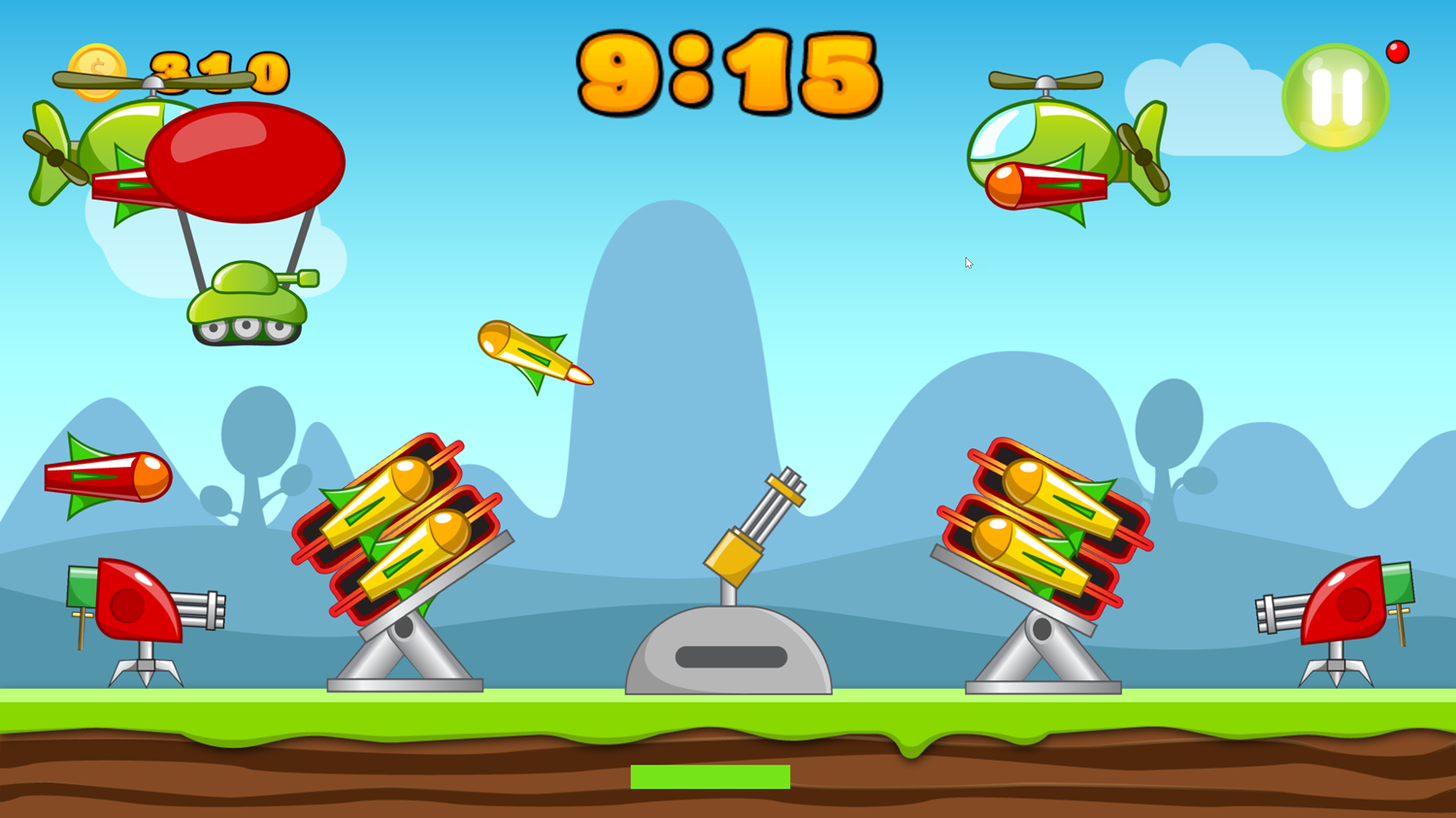 Hold Position is a colorful base defense game where you control the central turret in the bunker, shooting waves of incoming helicotpers and tanks. You have 2 automatted turrets and missile launchers to assist you. The goal of the game is to last 10 minutes. Each time your game ends you can upgrade your weaponry.

Repeatedly click your mouse to fire your central bunker gun at tanks and helicopters until they are destroyed.

You control the central gun & the remaining weapons automatically fire.

The helicopters drop bombs on your base. The tanks parachute in and then shoot at you when you are on the ground.

As you progress through the game you face the same enemies, however they come more rapidly.

Each of the 5 objects on your base are destroyed individually & then eventually your green health meter at the bottom center goes to zero and it is game over.

Each helicopter or tank you destroy is worth between 20 to 29 points.

Upgrades cost 500 coins each. The following features can be upgraded.

Your coin savings and upgrades are retained when you restart this game.

In this game upgrading offense is more important than upgrading defense as it allows you to clear out enemies before they get a shot off or only after they make a shot or two. Upgrading defenses can help you last longer, but it makes sense to spend your first 30 or 40 upgrade cycles on improving your offenses.

When you switch to upgrading denfenses it is best to do a couple rounds on the ground turrets first since they are nearest the edge of the screen and are most likely to be destroyed first. The interior defenses take longer for helicopters to reach, giving you more time to shoot them before the helicopter drops a bomb.

When you get down to 1 minute left a huge wave of tanks is dropped.