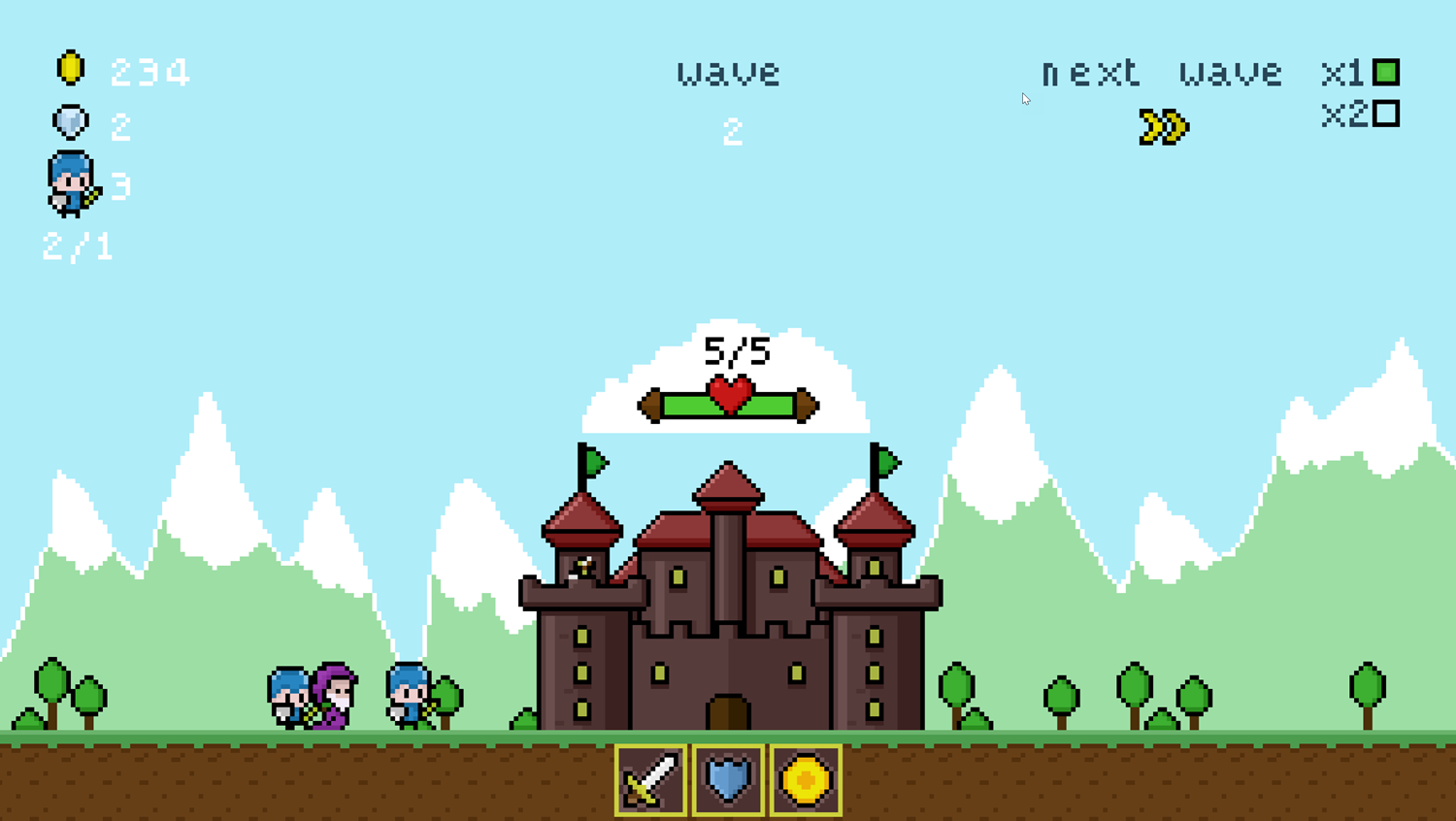 Hold Position 3 is a castle defense game where you play as an archer atop a castle, fighting off waves of archers and infantry aiming to destroy your castle. Your castle shoots automatically at enemies approaching on each side and you manually aim the archer atop the center of the castle to assist them. The goal of the game is to last as long as you can. In prior games from this series you upgraded your weaponry after each game & retained your coin savings and upgrades from game to game. In this game you must upgrade during battle and you lose your upgrades when you perish.

Open the upgrade menus at the bottom of the screen and repeatedly upgrade various attributes of your castle including attack, defense, and how you accumulate income.

You control the upgrades & the castle's attacks are automatic.

Enemies attack in waves & get stronger each wave you face. The current wave number is shown in the top center of the screen.

Enemies show how much damage you did to them in a red number appearing above them each time you hit them.

The number of enemies remaining in the current wave is shown in the upper left corner of the screen under your gold and diamond savings.

Every fifth level a boss comes to try to destroy your fortress.

You can double the game's play speed or call the next wave early in the upper right corner.

Your castle's current health & health capacity are shown above it.

You can upgrade both your maximum health and the rate of health recovery.

When you defeat enemies you are rewarded with gold or diamonds.

Your gold and diamond savings are shown in the upper left corner of the game along with how many enemies you have remaining in the current wave.

The following features can be upgraded.

Your gold savings and upgrades are lost when you restart this game. Only the diamond savings are retained. The diamonds can be used to boost your starting values for your attributes in the next game.

The attack speed has a max upgrade capped when you get at the pace where you attack every 0.1 seconds.

In this game upgrading gold and offense early are more important than defense since you will be able to defeat most enemies before they get close to the castle & upgrading your goal bonus and random gold early give you more money to buy upgrades throughout the rest of the game. As you get 50 to 100 levels in it becomes far more important to upgrade your castle health and regeneration as some enemies take dozens of shots to destroy.