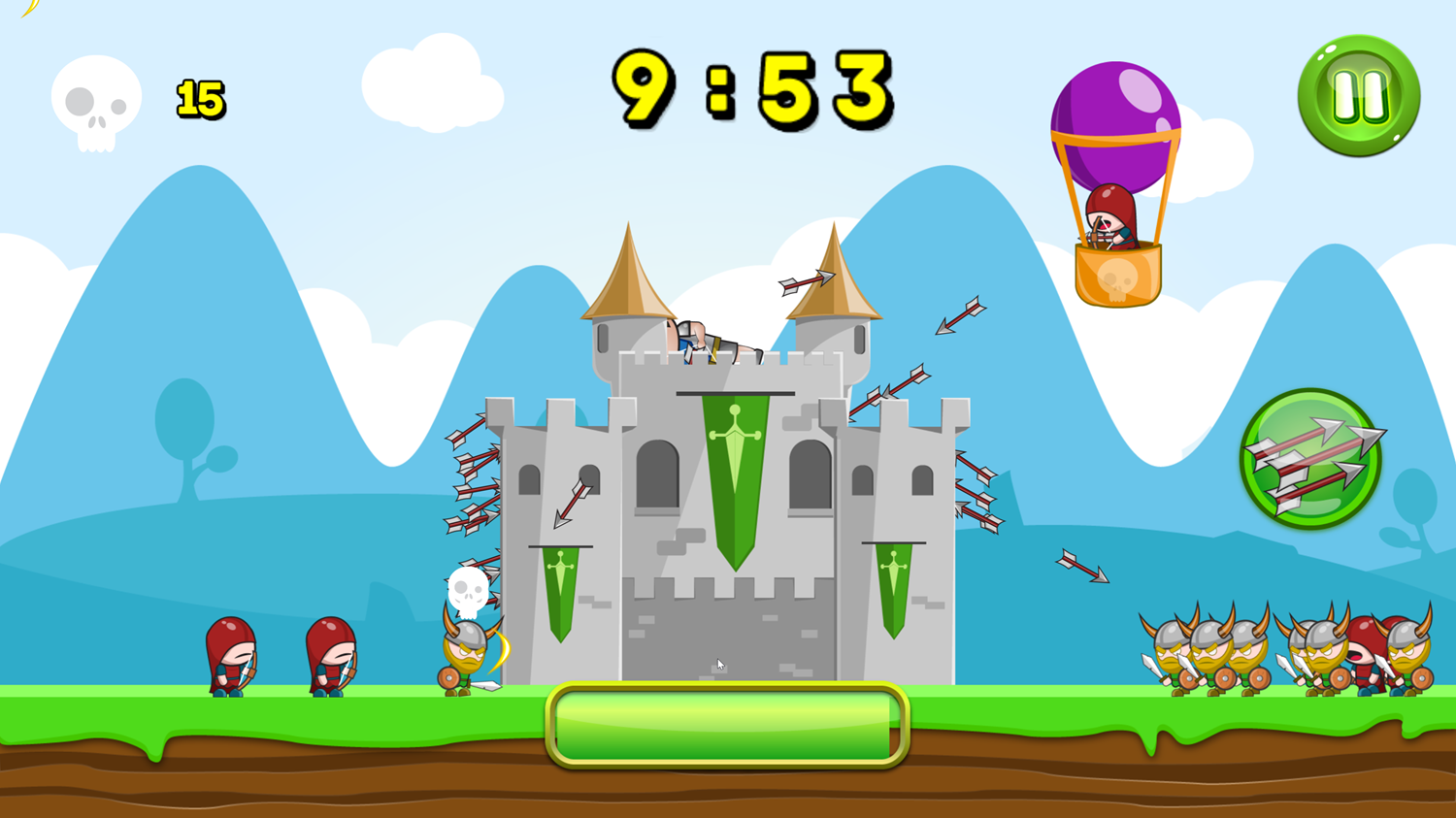 Hold Position 2 is a tower defense game where you play as an archer atop a castle, fighting off waves of archers and infantry aiming to destroy your castle. Your castle shoots automatically at enemies approaching on each side and you manually aim the archer atop the center of the castle to assist them. The goal of the game is to last 10 minutes. Each time your game ends you can upgrade your weaponry.

Repeatedly click your mouse to fire your archer's arrows at approaching enemies until they are destroyed.

You control the central archer & the castle's attacks are automatic. You also have the ability to activate a high powered rain of airrows attack by pressing the button on the right side of the screen. The power attack takes 30 seconds to recharge.

Most enemies in this game are ground troops, though some archers attack you from hot air balloons.

Each enemy you attack is good for a point which can be used for purchasing upgrades after the game ends.

The infantry with a sword attack you once at your castle walls, whereas the archers can attack you from a distance.

You control the central archer atop the castle along with the raining arrows attack, and your other defenses are automated.

As you progress through the game you face the same enemies, however they come more rapidly.

You and your castle can both shoot ground troops and archers in hot air balloons.

Your castle has a single shared health bar which is diminished by attacks from either side. The health bar is shown in green at the bottom center of the screen.

Each enemy you destroy is worth a point.

Upgrades cost 200 points each. The following features can be upgraded.

Your coin savings and upgrades are retained when you restart this game.

In this game upgrading offense is more important than upgrading defense as it allows you to clear out enemies before they get a shot off or only after they make a shot or two. Upgrading defenses can help you last longer, but it makes sense to spend your first 30 or 40 upgrade cycles on improving your offenses.

It is best to upgrade the tower damage first repeatedly because it fires to both sides of the castle automatically.