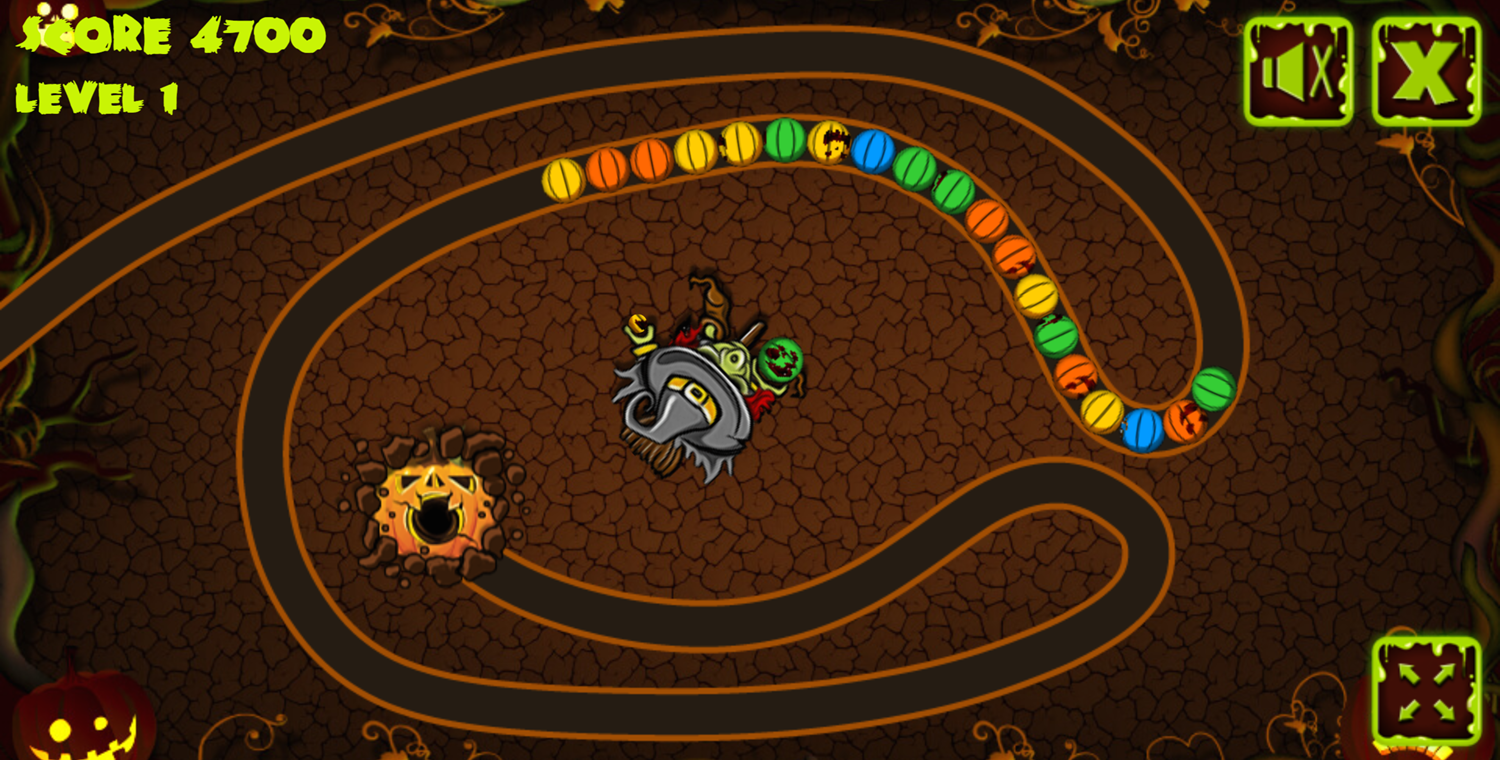 This is a popular 13-stage Halloween themed ball (or pumpkin!) shooter game inspired by the Zuma series. Choose where and when the witch shoots colorful pumpkins at the chain to make matches of 3 or more to remove the pumpkins from the chain.

Left click your mouse or tap on the screen to shoot the pumpkin in your right hand. The next up pumpkin to shoot is shown in your left hand.

If the pumpkin is not easy to play you can throw it away by shooting at a part of the screen that does not have an active portion of the chain on it.

When you aim it is best to aim toward the front of the chain if possible so that you are working on the part which would reach the end of the rail first.

If you are in a rush and have to make longer shots it is best to shoot at long strings of consecutive colored pumpkins so your odds of hitting them improve.

Lead the pumpkin with your shots so that as the chain moves you are still aimed correctly.

Be careful when shooting around corners as you can get the pumpkin stuck in the wrong spot by hitting a different pumpkin.