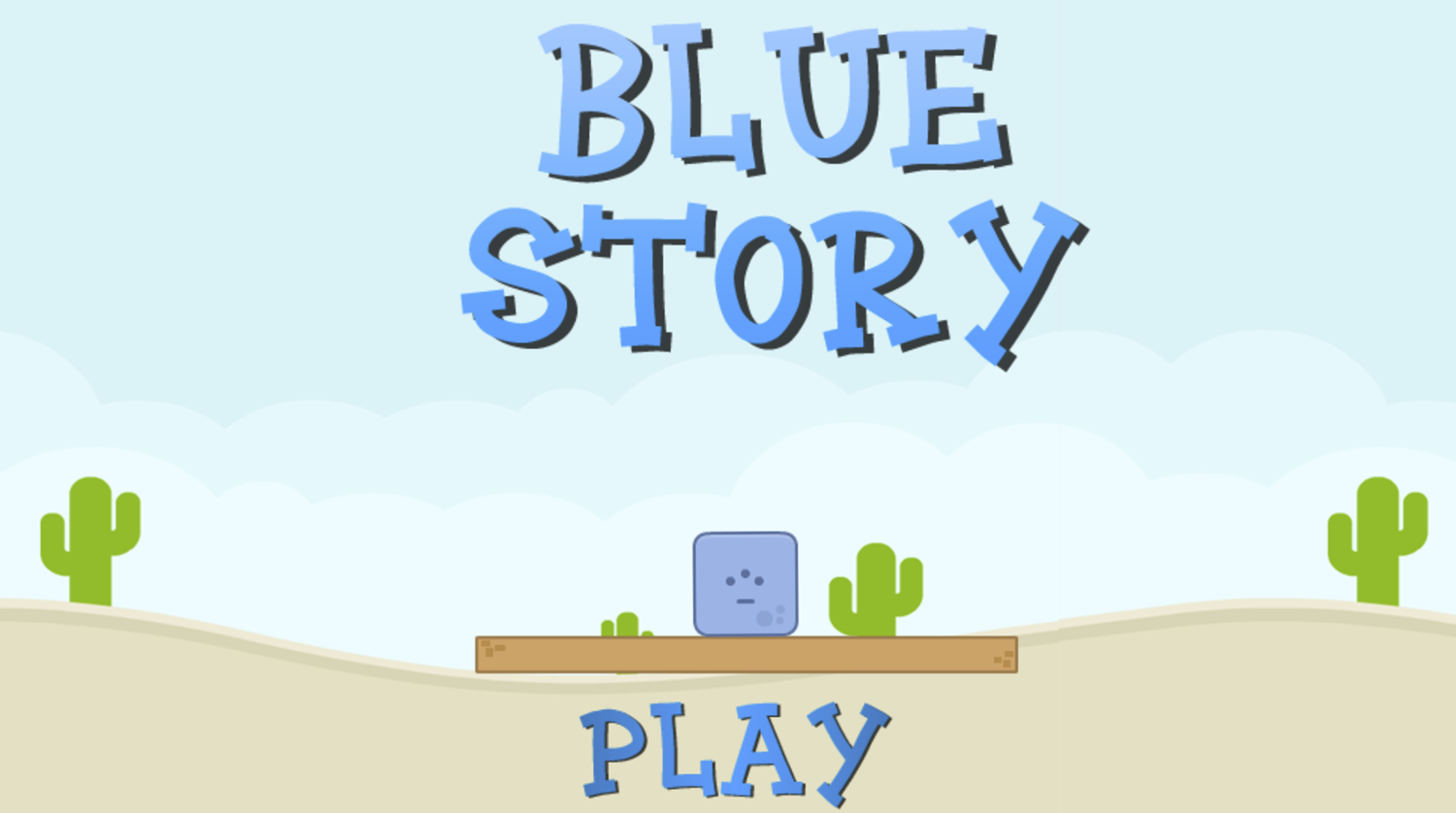 This is a fun 15-level physics game where players must remove blocks or supports to get a blue block to land on a blue ledge without touching the ground.

Click on items you would like to remove from the playing field to get the blue box to fall, slide, or flip to land on the blue ledge. On some levels you may need to remove multiple parallel blocks in rapid succession, whereas on other levels you may need to roll a ball into an object to make other items move. Some levels require precise timing while others are more slowly paced.

How to Beat Level 15 in Blue Story

Most levels in this game are quite easy to beat on the first or second try. Level 15 is a big step up in terms of difficulty as you have to first stage the scene and then hit a plank and a block in rapid succession.

To beat level 15 you need to make the lever stronger by increasing its range of motion. Remove the middle of 3 brown wooden planks in the bottom area, then after it stabilizes remove the bottom plank, then the pink boxes on each side. After that you drop the plank at the very top of the page then quickly remove the yellow box which is sitting above the blue box. When the yellow box from the top falls down this causes the right side of the lever to fall & the blue box flies across to the blue bar.

Sometimes the boxes on the left side fall when you remove the middle plank. Repeatedly restart the level until they remain in place after removing that plank. A GIF of level 15 is included below. On the first play it shows how the left blocks fall, then the level is restarted and successfully completed.

In case the above GIF is not playing for you or is hard to follow here are the individual steps for beating level 15 of Blue Story.

This is what level 15 looks like when you begin it. 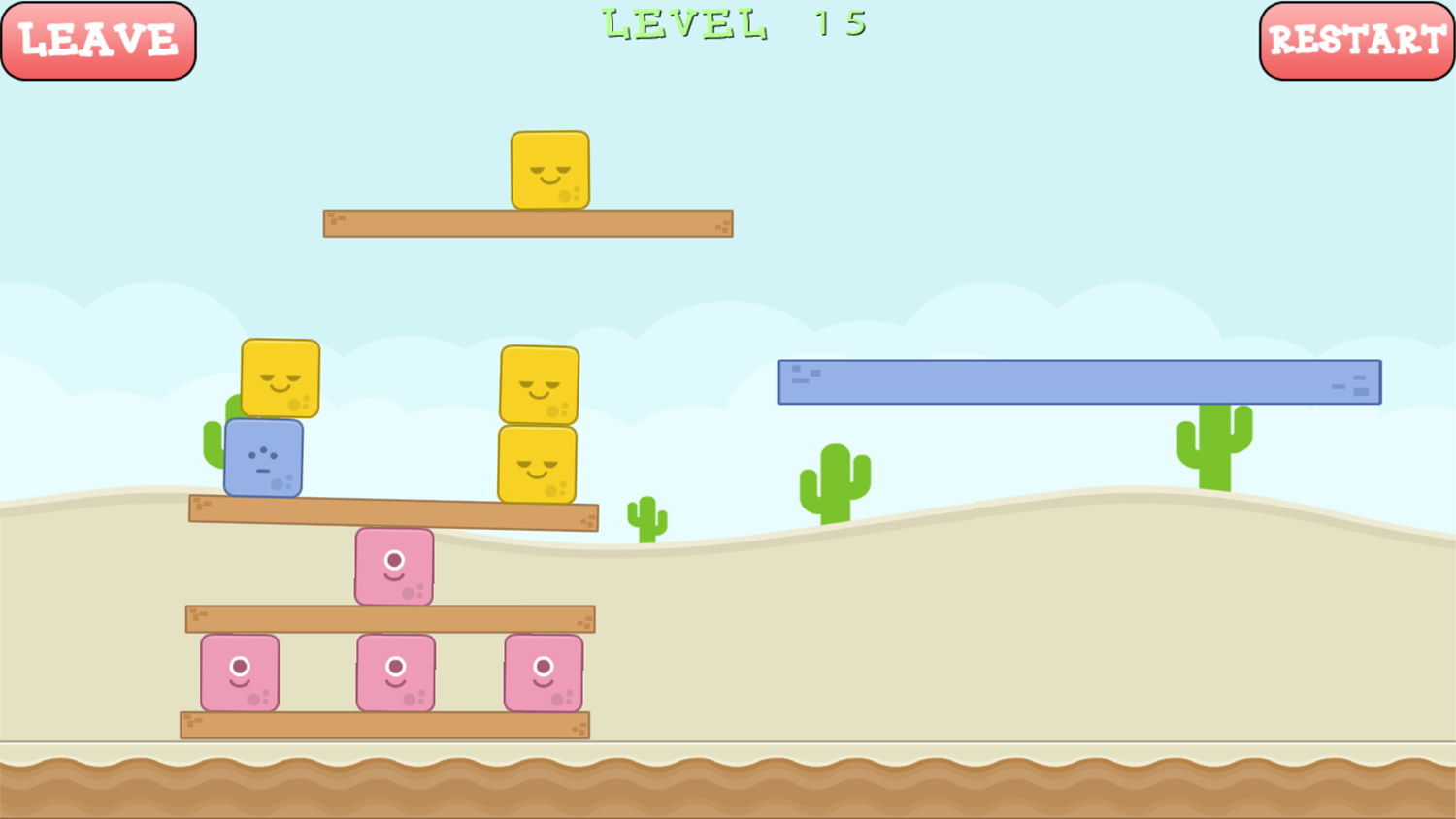 Remove the middle of the 3 planks at the bottom of the screen. This increases the length of the lever's fulcrum.

Sometimes the left squares will fall over when you remove this bar. If they do, then restart the level and do this step again until those blocks are stable. 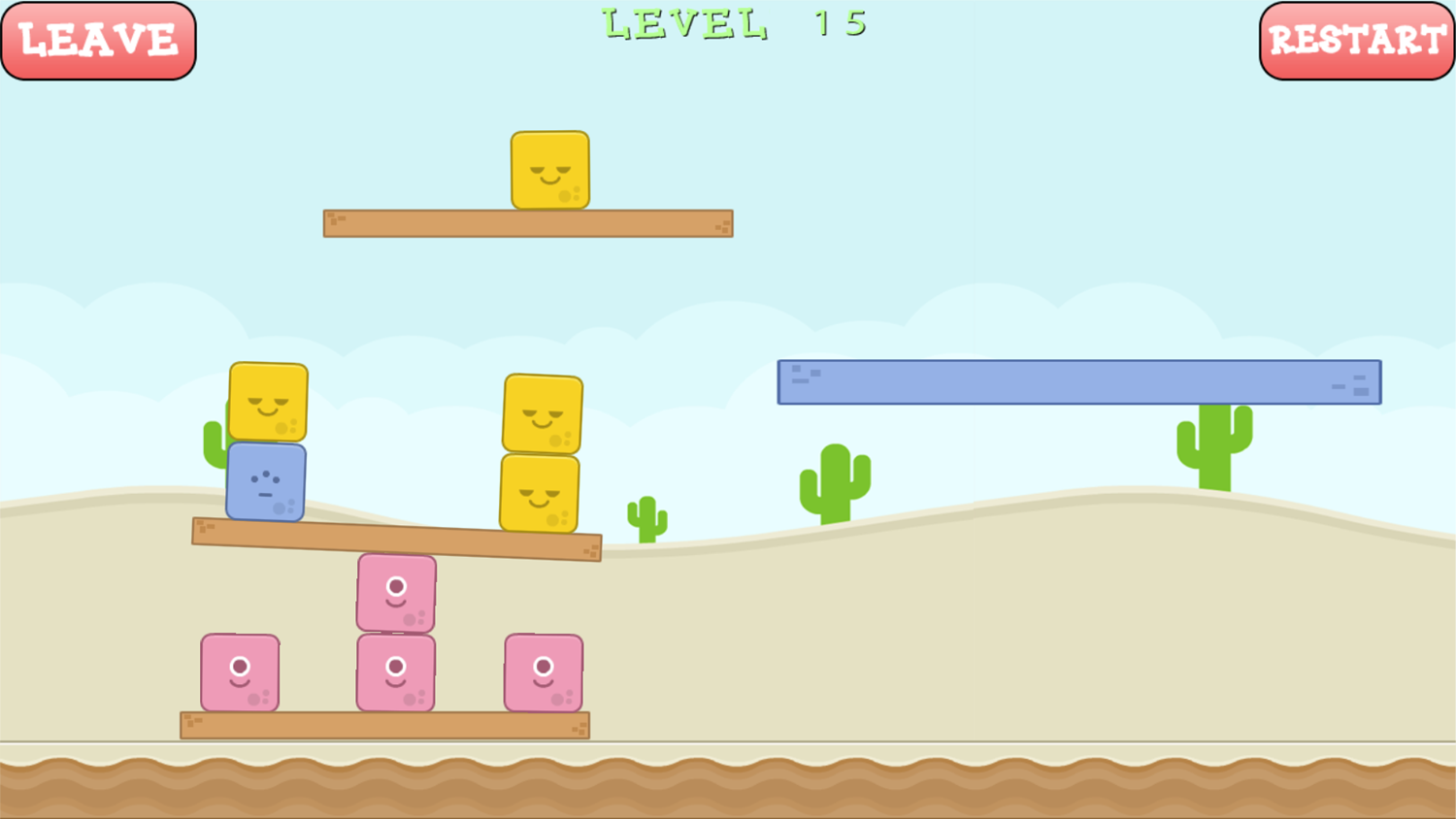 This ensures the level is unobstructed as it flips the blue box across the screen. 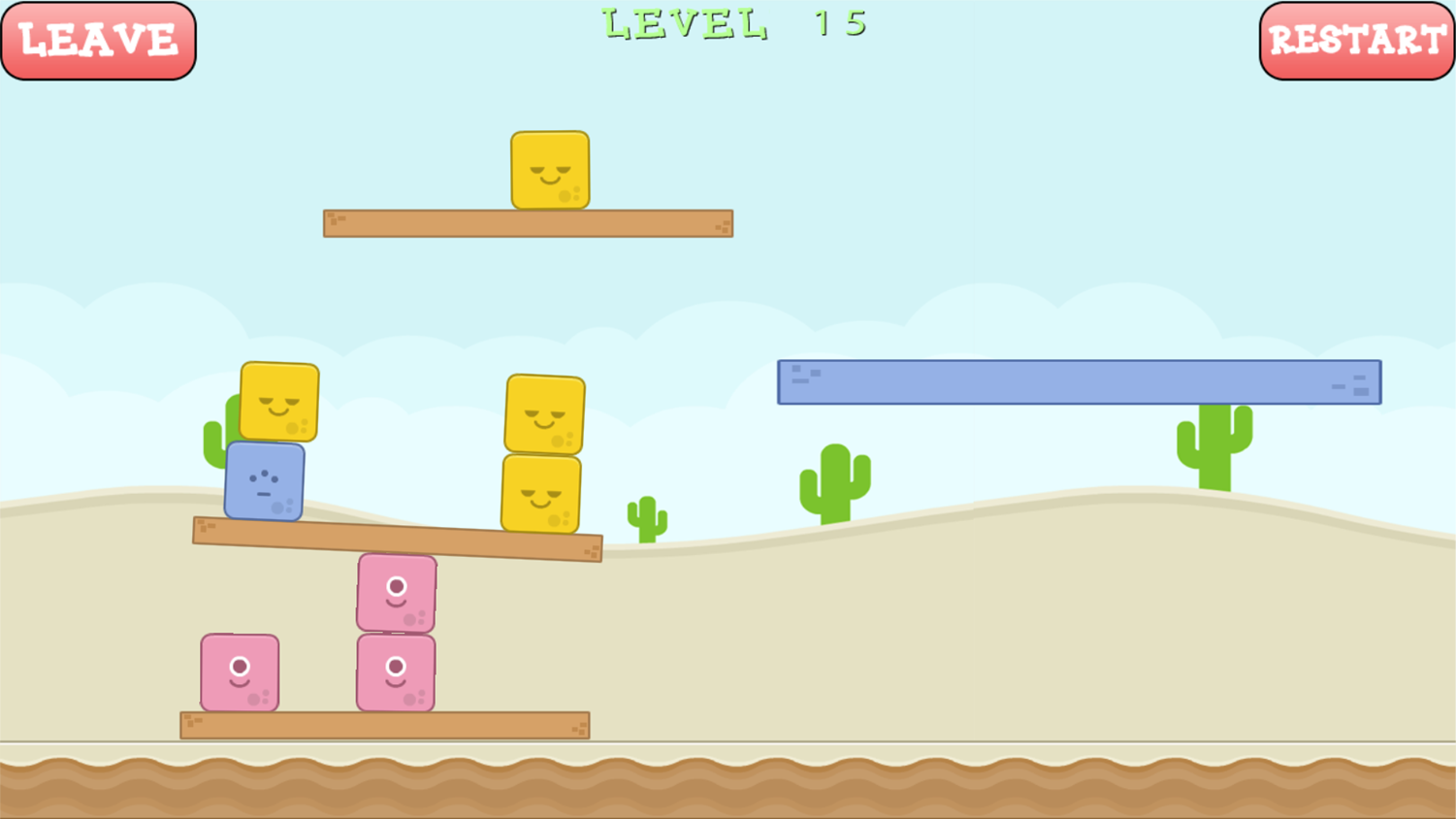 The above steps can be done slowly with plenty of time between each step. The next 2 steps must be done in rapid succession.

Remove Plank at Top of Screen

Remove the top plank. This will cause the yellow box to fall, putting more weight on the right side of the lever. 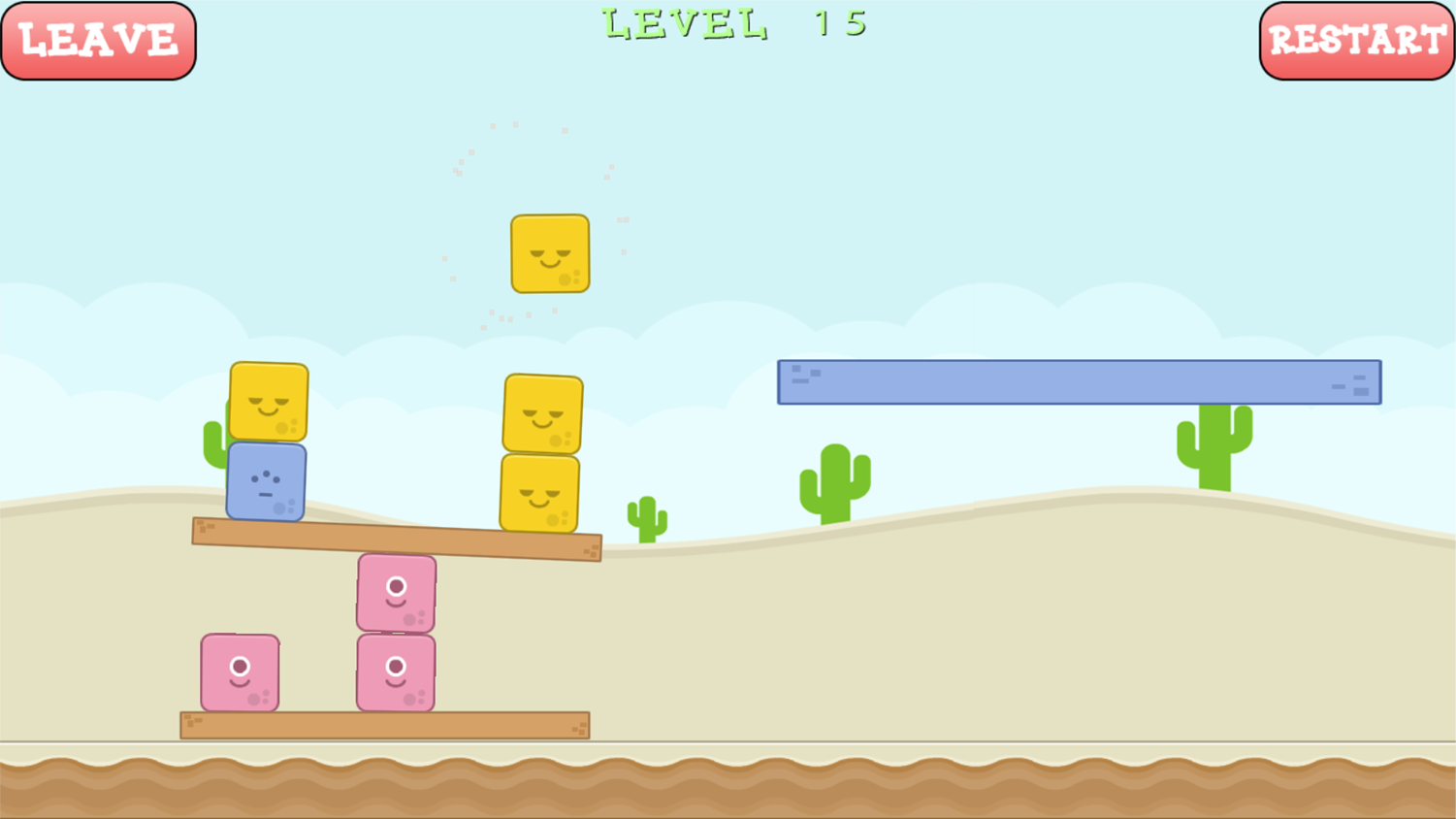 You must complete the next step IMMEDIATELY after doing this, so the blue block is unobstructed and can fly across to the blue ledge.

Remove Yellow Box From Left Side

Remove the left yellow block so that when the third block falls on the right side it creates enough energy for the blue box to flip across the screen and the blue block is unobstructed in its path. 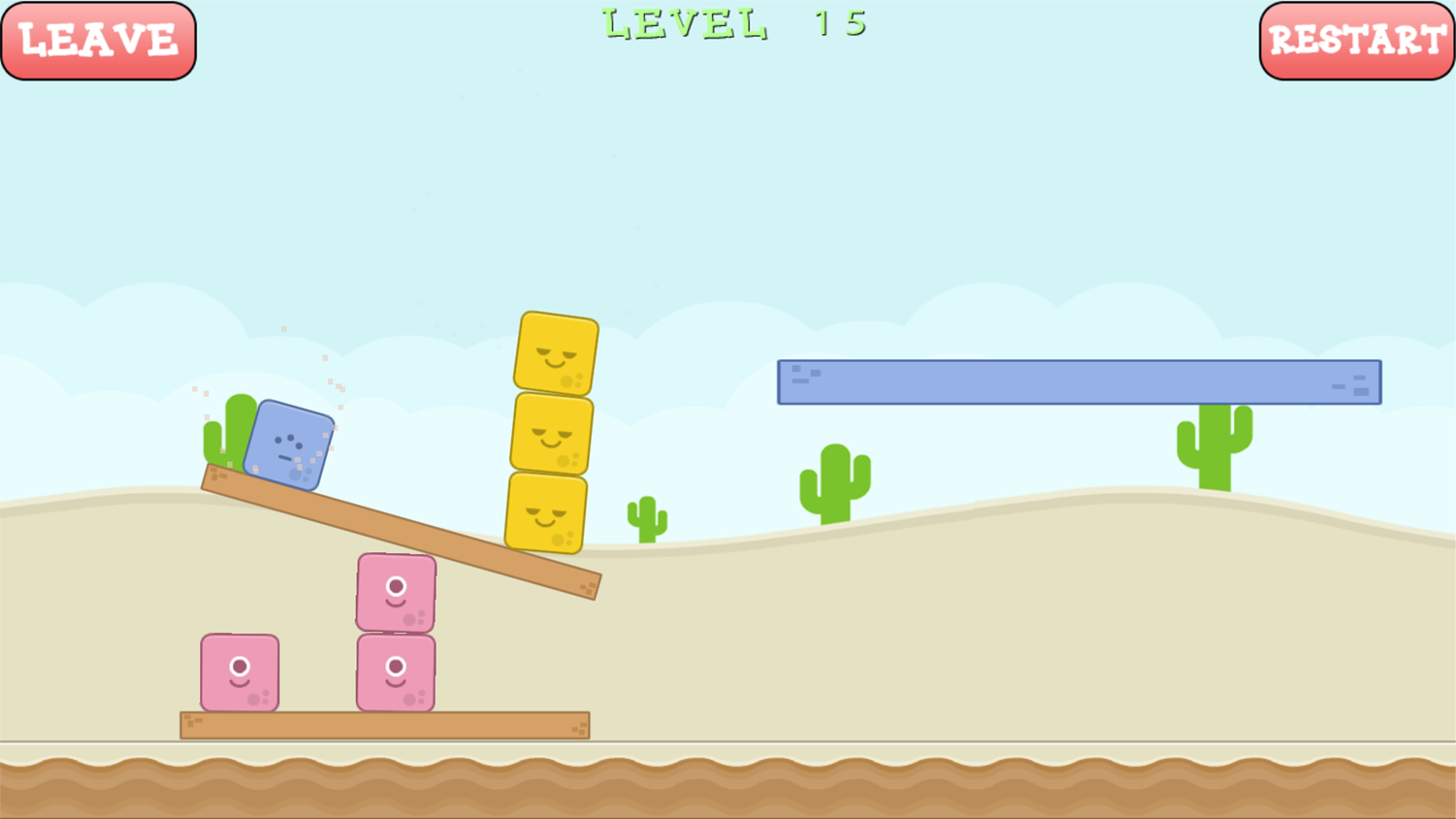