Press CALCULATE, and you’ll see your total cigarette savings over the time indicated and the total interest earned on your savings. Lastly, you’ll be provided with a balance of your future quit-smoking savings account. 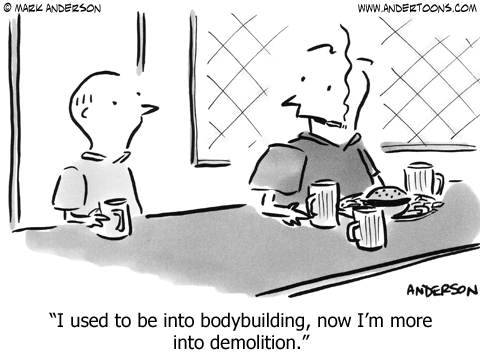 There's no denying that cigarettes hold a certain appeal, especially for teens. They're used in various forms of media to portray an invincible, rebellious, devil-may-care attitude that many teens and young adults find appealing.

And of course, there is the rush that comes from consuming nicotine. But by the time most people grow to realize the detriments of picking up this habit, they've already become addicted.

Despite the fact that the Surgeon General's warning is stamped on every pack and the dangers of using tobacco products are touted in schools, there are still those who don't learn the evils of cigarettes until they can't walk up a flight of stairs without hacking up a lung.

That said, kicking the habit is not impossible. Although it's definitely not easy, and it becomes more difficult the longer the habit persists, people are able to quit every day.

You just need to find the proper motivation. For some people, it takes a medical scare. But for others, simply realizing how much money could be saved by quitting the habit will do the trick.

Since you probably don't want to wait until you discover you've got lung cancer, here are some ways to figure out what you stand to save monetarily by setting aside your cigarettes.

These days, a pack of smokes will set you back about five bucks. So supposing you go through a pack a day, that means you're spending $35 each week on cigarettes.

That's not an astronomical amount of money, but if you want to look at what you stand to save by stopping, you need to perform further calculations. For example, your pack-a-day habit will cost you $140 per month.

Still, that's not an untenable amount, especially if you earn a decent income. But if you take it a step further, you'll see that you're spending $1,820 per year for the privilege of polluting your lungs.

Over the course of five years, that number becomes $9,100. Over 20 years, you'll spend $36,400 on cigarettes. And that's assuming the cost remains the same, which it won't - it will likely increase significantly over the next 20 years.

You could send your child to an Ivy League school for a year with that money (or if you invest it wisely, perhaps all four years). You could buy a car. You could put a down payment on a house.

When you start to run the numbers, you'll quickly discover that you could save a bundle by giving up tobacco. And the cost of cigarettes isn't even the most expensive factor.

Those who partake of tobacco products are not necessarily uninsurable (especially under Obamacare), but you'll find that you have to pay for your habit when it comes to securing insurance coverage. While you naturally have a right to your lifestyle choices, insurance providers also have the right to assess your risks for medical problems and charge you accordingly.

And Obamacare is no exception. In fact, the plan actually includes a tobacco surcharge, to be levied after cost assistance is calculated.

This means that once your rates for coverage have been determined, including the level of assistance you qualify to receive, you could be charged as much as an additional 50% on your premium - just for using tobacco products.

While Obamacare has made it possible for millions of previously uninsured Americans to receive healthcare coverage, the plan makes a strong distinction between preexisting conditions and lifestyle choices. And if you choose to use tobacco products, you'll pay the price.

Simply because everyone is affected differently by exposure to tobacco, it can be difficult to calculate medical expenses associated with its use. But just for kicks, let's look at what you could potentially end up paying.

Those who use cigarettes heavily are more susceptible to respiratory disorders ranging from common colds and allergies to COPD, emphysema, and lung cancer. You might not be unduly concerned about catching a few extra colds each year, since they'll likely only set you back the cost of a co-pay at the doctor's office, the co-pay for prescription medication, and used up sick days at work.

But COPD and emphysema are chronic conditions that you'll pay for and suffer through for the rest of your life. And let's consider the expenses associated with lung or mouth cancer - the average chemo treatment will run you about $5,000 and the total cost for surgeries, chemo, and radiation could land you with a whopping $200,000 (or more) in medical bills.

Even with stellar insurance on your side, you'll likely get stuck with several thousand dollars in deductible payments. And that's not even considering what you might pay for reconstructive surgery following tissue removal (depending on the type of cancer).

If you thought cigarettes were expensive, just think about how much a serious medical condition will set you back. Heart disease, diabetes, fertility problems, and a number of other medical conditions are also linked to tobacco use.

Did you know that tobacco use can lead to premature aging? In addition to all of the unseen detriments caused by cigarettes, you'll notice common side effects like stained teeth, dull skin, and the early onset of fine lines, wrinkles, sagging, and spots that will make you look older than you are.

And if your appearance is important to you, the cost to maintain a youthful visage could be incalculable. This would include creams and serums, as well as procedures like chemical peels, microdermabrasion, Botox, and even cosmetic surgery. And all of that doesn’t even factor in what you'll shell out for dental work.

Not all the costs associated with tobacco use are monetary. Certainly, the effects of cigarettes on your body can end up costing you a pretty penny, but you can also save yourself a lot of heartache when you decide to kick this bad habit.

Tobacco use can cost you your pride, not only when it comes to huffing and puffing up a flight of stairs, but also in terms of the chronic medical conditions that could lead you to lean on others for care, perhaps for the rest of your life.

Then there are personal relationships to consider. Smokers may have trouble in the dating arena because they always smell like cigarettes and their habit can come to dominate their lives. Plus, there are serious concerns about second-hand smoke that could lead some people to steer clear of those who use tobacco. And of course, tobacco use can shave years off your life. It can even end up costing you your life. Although the financial costs associated with cigarette use can be steep, the personal cost of continuing with this bad habit could be far greater.